Deaths of people who snooze on the street following a night of heavy drinking have soared in Japan’s capital as Covid restrictions have eased.

The death toll of Tokyo’s street sleepers has doubled from seven to 13 in just a year- with ten of those in 2022 having drunk alcohol beforehand, The Guardian reported.

Drinkers are often so intoxicated that they believe they are home and in some cases have removed their clothes while lying on the street.

The local police have warned that the number of deaths could worsen over the coming weeks as the city braces itself for boozy bonenkai parties to round off 2022.

An informative video is now being played on monitors inside 60,000 taxis until New Year’s Eve to warn people of excessive drinking and dangers of the road

Bonenkai parties are generally brimming with alcohol and held for groups of co-workers or friends to forget the problems of the past year and look to the next.

Amid these fears, an informative video is now being played on monitors inside 60,000 taxis until New Year’s Eve, according to the Mainichi Shimbun.

In addition to this police-issued video, the department have also asked that nighttime drivers lower their speed and keep car lights on full beam.

But Tokyo is by no means the only of Japan’s cities with drinkers snoring on the streets, as Okinawa was reported to have had 7,000 cases around three years ago.

Although the phenomenon, known as rojo-ne, was said to decrease in Okinawa to 2,702 cases in 2020, the local police have made calls for it to stop. 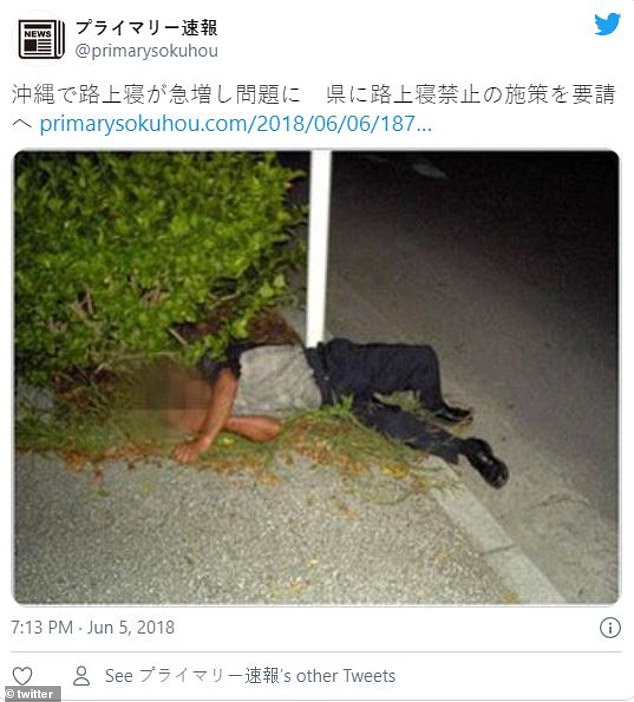 Authorities said that some revellers are so intoxicated that they take their clothes off and fall asleep in the street, thinking that they have already made it home