Roar power! Astonishing moment two tiger brothers rear up and claw each other in an explosive battle

Roar power! Astonishing moment two tiger brothers rear up and claw each other in an explosive battle

A pair of tiger brothers fought it out in a fierce battle in front of a group of tourists on a wildlife expedition in India.

Stunning pictures of the exchange were taken in Ranthambore National Park in Sawai Madhopur, Rajasthan.

The two fully grown male Bengal tigers started to fight in front of a female, as photographer Harsha Narasimhamurthy, 28, took pictures while he was leading 16 people on a wildlife tour.

It was the first time he was able to catch an explosive battle between the two deadly big cats on camera, and incredible footage was shot by tour guide Hansraj Gurjar.

A pair of tiger brothers engage in a fierce battle in front of a female as a group of tourists watch in fear in Ranthambore National Park in Sawai Madhopur in Rajasthan, northern India 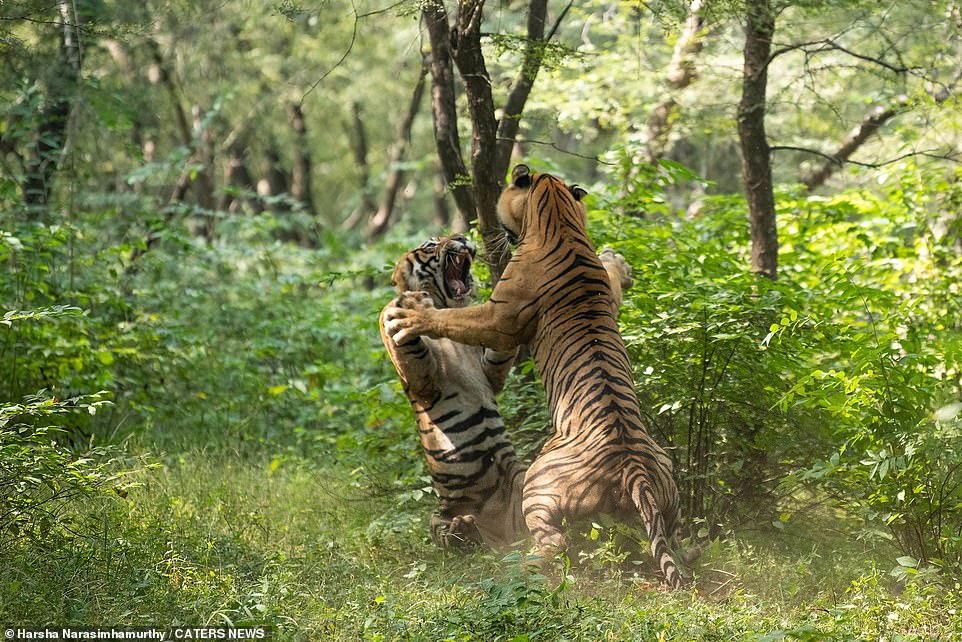 In the video, one of the tigers begins stalking the other, lifting its leg up slowly before pouncing.

The tigers, known as T57 and T58 to the forest service, roar as they stand up on to their hind legs and exchange blows, while the female runs away from the confrontation.

While still on his hind legs, the first tiger pushes the other one on to the ground before jumping on top.

The tigers grapple on the ground, putting their paws around each other’s necks, as they grapple and bite each other. 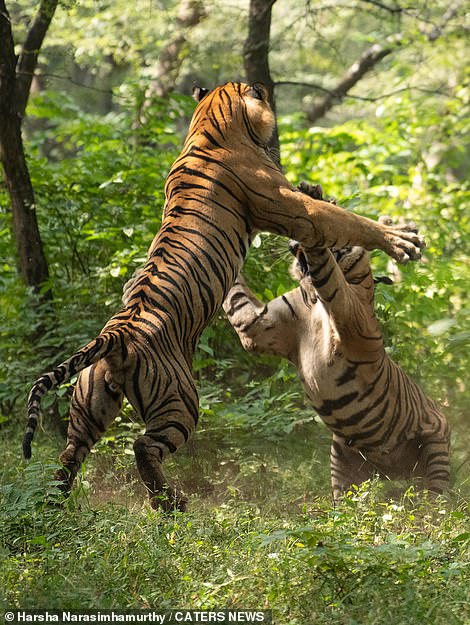 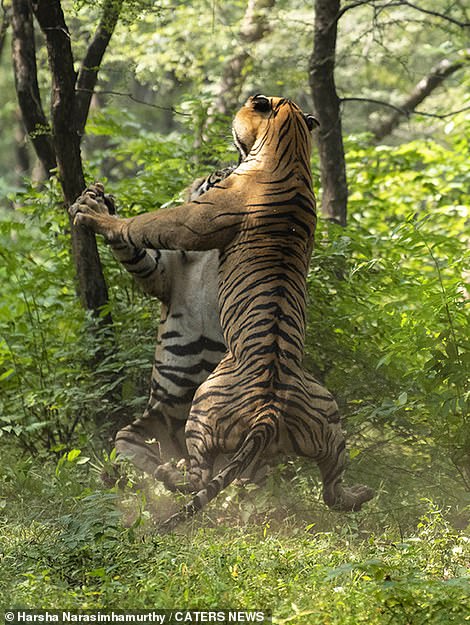 They stop fighting momentarily when one appears to have yielded, before they roar and start fighting again, disappearing behind the trees.

The footage was taken on October 15 2019, but reemerged recently when Harsha, from Bangalore, India, released the photographs.

He said of the encounter: ‘I was absolutely speechless, trembling in fear, and couldn’t believe what an amazing natural moment we had witnessed. 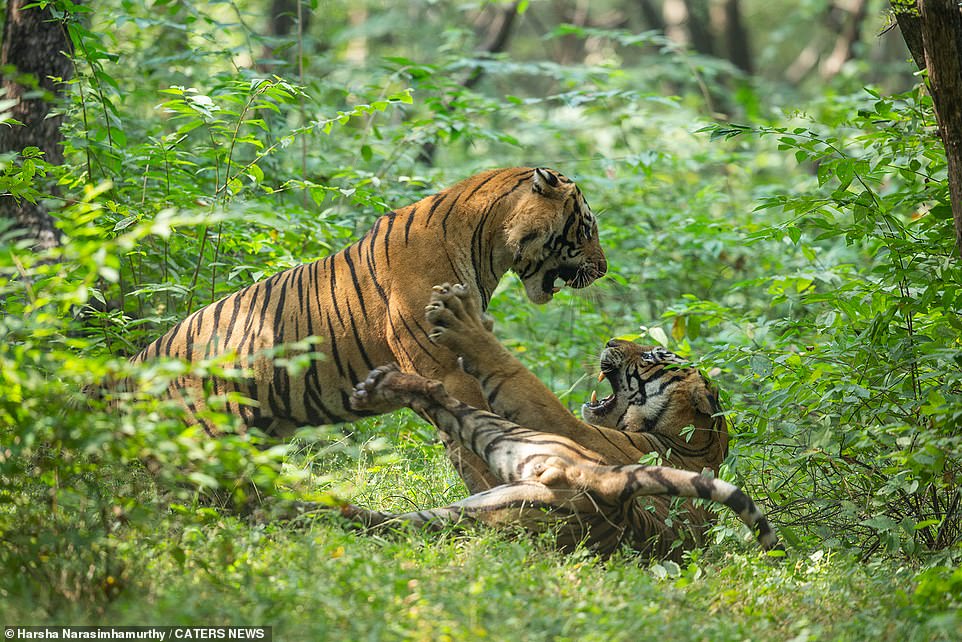 Now on the ground, the tiger that started the fight holds back the other one with his paw before they stand up to fight again

‘Every image in this series is special to me because seeing a male tiger in the jungle is always tough but seeing two males was like a huge slice of luck.

‘The way the action happened really made the moment stand out.

‘Whenever I show people the images they are stunned and hope they will see a similar site on their travels, some congratulate me on the images but for me the special part was seeing it with my own eyes.’

An Indian Forest Service official wrote: ‘That is how a fight between tigers looks like. Brutal and violent. They are territorial animals and protect their sphere.’