Just when Bayern Munich thought things couldn’t get any worse after their 5-0 loss to Monchengladbach, German news outlet Bild released a damming assessment of each player’s performance.

Bayern Munich were knocked out of the DFB-Pokal Cup in the second round on Wednesday night after suffering a heavy defeat to Monchengladbach at Borussia-Park. 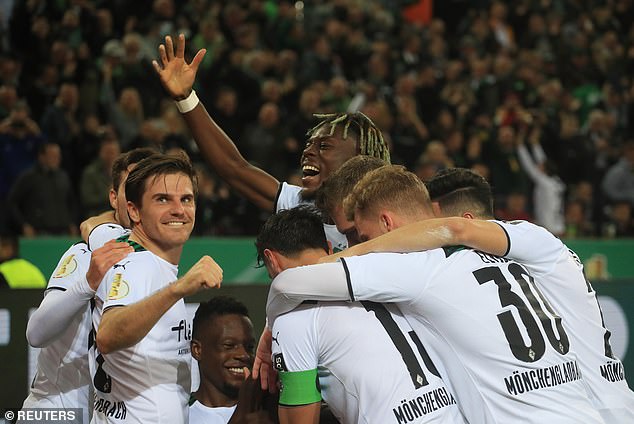 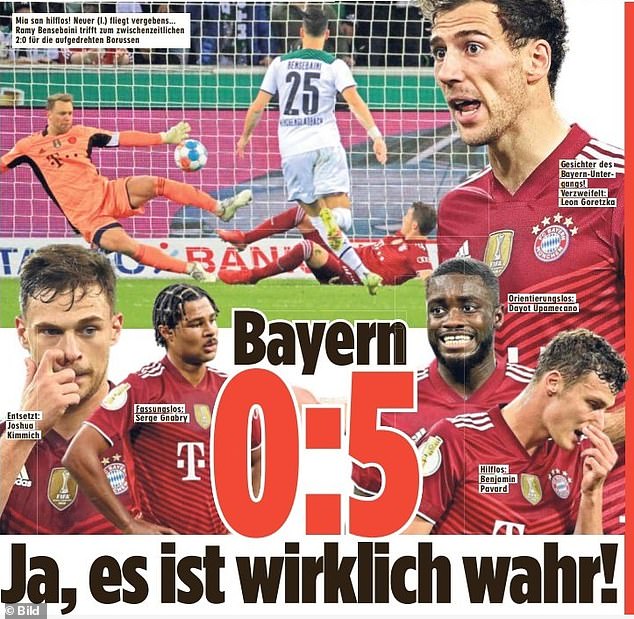 As a result, news outlet Bild ripped into the Bundesliga giants – rating each player’s performance out of six.

Their rating system is on a one-to-six scale, with one being the top score and six being the worst.

Bild gave six players out of the 15 players that featured in Wednesday’s clash a 6/6 rating – the worst possible score they could receive.

German super-stars Robert Lewandowski and Serge Gnabry were among those that received 6/6, while Thomas Muller was given a 5/6. 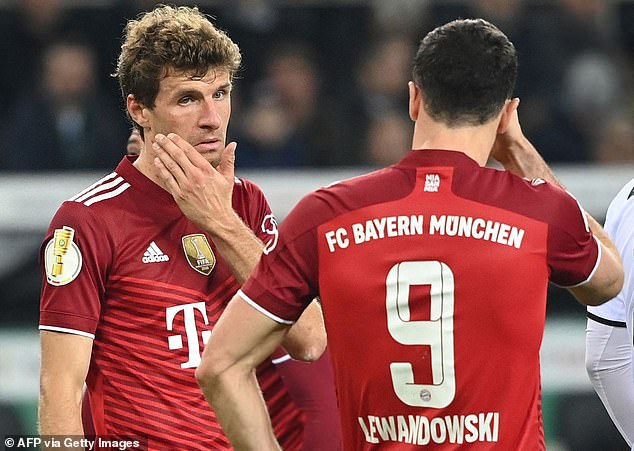 Robert Lewandowski was among those that received 6/6, while Thomas Muller was given a 5/6 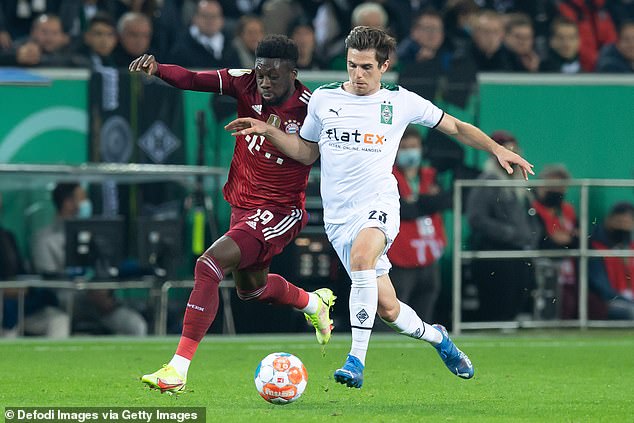 Nevertheless, Bild recognised that Alphonso Davies’ sloppy pass was the cause of the goal and subsequently rated him 6/6.

Lucas Hernandez was another player who received a 6/6 rating after he took down Breel Embolo in the box to give away a penalty.

When speaking about Hernandez, Bild said it was a ‘nice day, but not a nice evening’.

When claiming he had a nice day, they were referring to the fact he had seen a six-month prison sentence suspended on Wednesday morning.

However, their comment about the evening was related to the fact that Ramy Bensebaini sent Neuer the wrong way to put Bayern Munich 3-0 down within the first 21 minutes of the game after he gave away a penalty.

Bild also ripped into manager Julian Nagelsmann and his assistant coach Dino Topmoeller for their role in preparing the team for the occasion.

They also criticised the pair for allowing Bayern to ‘sleep’ through the first half.

Nagelsmann – who was contributing to the Bavarian’s performance from home after testing positive for Covid-19 – has come under fire for Bayern’s recent performances despite the fact his team have scored a record 33 times in their first nine league games. 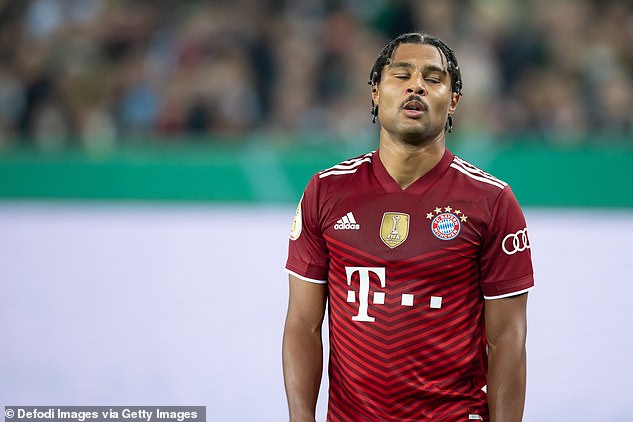 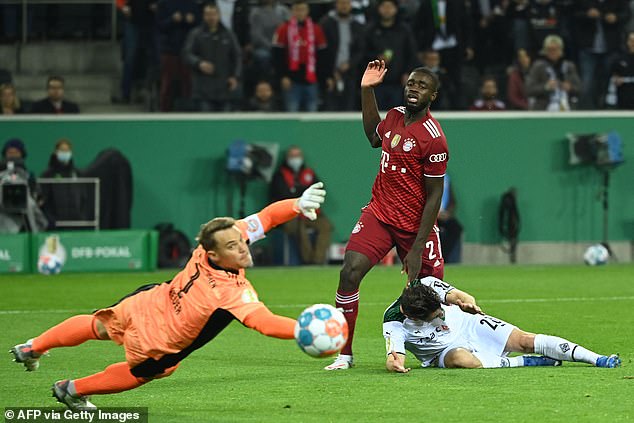 The German manager is expected to receive more criticism for Wednesday’s performance against Monchengladbach as it put an end to Bayern Munich’s 85-game scoring streak – the longest run of any team in Europe’s top-five leagues during the time.

Bild were not the only ones to be shocked after the game. Bayern’s sports director Hasan Salihamidzic said: ‘I am absolutely shocked. We were just not there. We did not win a single tackle or challenge in the entire first half.

‘Everything that could go wrong went wrong. Gladbach did it really well. We were absolutely not there. A blackout. It should not have happened to us in such a way.’