For 90 minutes, Nottingham Forest’s travelling fans watched their team hold on for dear life, but at the end of another exhaustive evening for Steve Cooper’s players is a point.

It wasn’t pretty, but Forest will take this. Brighton spent this match surrounding their opponents’ box, firing a total of 19 shots towards Dean Henderson’s goal. Yet time and again, they were saved, sometimes beautifully, often less so.

If you can’t win, don’t lose, and Cooper’s side refused to succumb to defeat here. The club that made 23 summer signings are still waiting for it all to click. 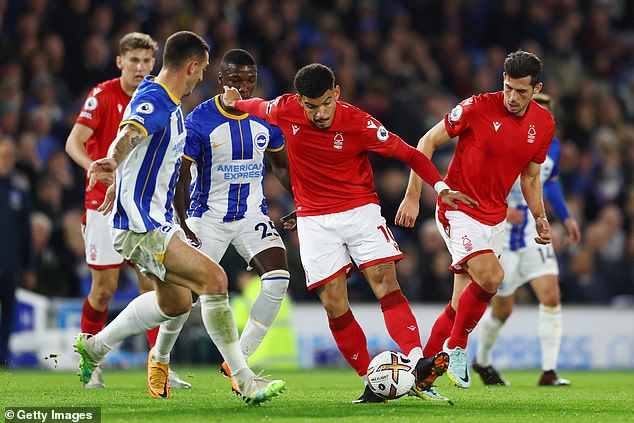 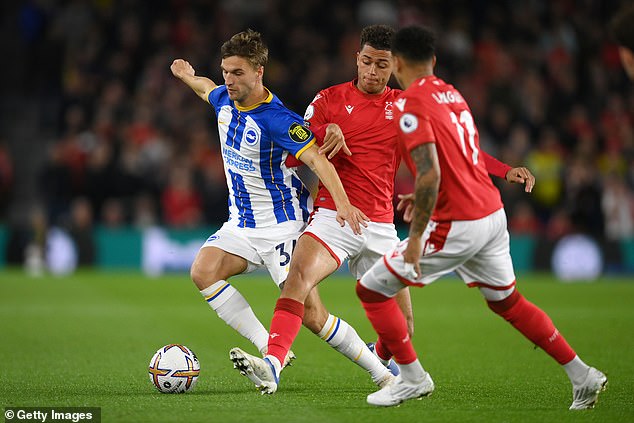 In the meantime, they’ll take this draw, knowing it lifts them off the bottom of the Premier League for the time being.

Brighton are sick of hearing about ‘expected goals’. They know they should be scoring more and yet they cannot seem to escape these evenings of disappointment.

Forest’s social media team had learned their lesson. Their pre-match picture depicting Emmanuel Dennis having a playdate with three wolf cubs backfired spectacularly on Saturday, with Wolves winning 1-0 and tweeting ‘playtime’s over’ in a terrific retort.

There was none of that this time. No snap of Jesse Lingard having a lovely time by the seaside. No picture of Morgan Gibbs-White protecting his chips from some seagulls.

Nothing that could come back to bite Forest if this Premier League game did not go to plan.

Brighton started on top but could not convert their chances. A familiar feeling for this club, that.

They had scored with three of their six shots in a 3-3 draw against Liverpool in Roberto De Zerbi’s first game in charge. 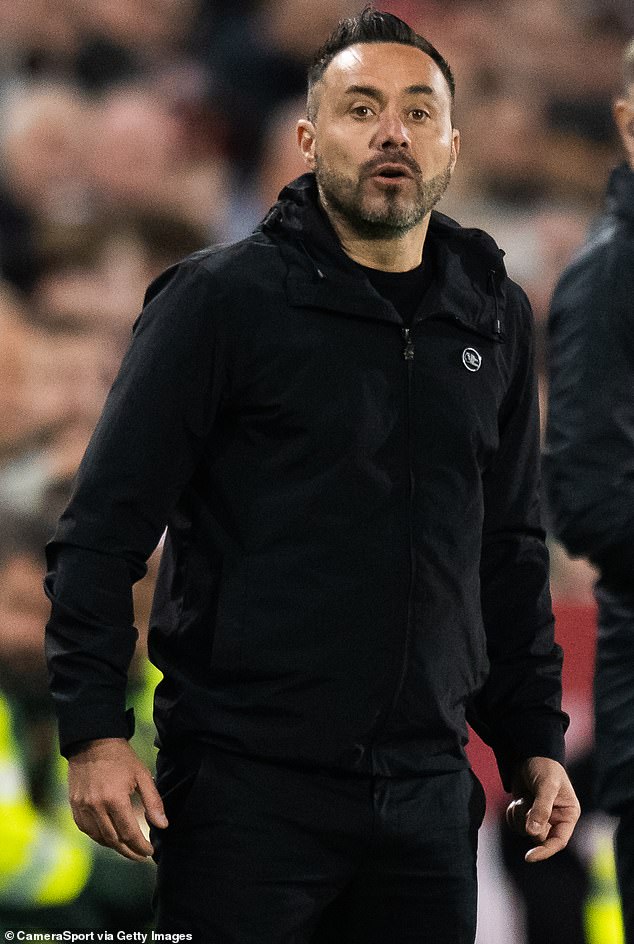 Yet since then, Brighton had failed to score in back-to-back defeats against Brentford and Tottenham, despite managing 35 attempts on goal.

It was looking like the same old story here. All attack, no finish. Leandro Trossard came closest to opening the scoring, showing some nice feet to lose Serge Aurier and Morgan Gibbs-White before forcing Henderson into a one-handed save.

Trossard versus Aurier was turning into a key battle. Brighton’s left-sided forward was looking like the home side’s greatest threat and forever searching for the ball. By contrast, Lingard not yet managed a single touch after 15 minutes of football.

After 28 minutes, Joel Veltman blazed over the crossbar when he had time and space to beat Henderson. After 30 minutes, Trossard picked up the ball at the back corner of the Forest box. He chested it down then fired a half-volley which struck the crossbar.

Forest were clinging on as the first half came to a close. Solly March cut in from the right wing, beat Neco Williams, then forced Henderson into denying him from finding the bottom corner.

Next, Trossard picked out Pascal Gross close to the penalty spot. He fired a first-time shot that was too close to Henderson and Forest cleared before Danny Welbeck got to the rebound.

De Zerbi turned away from the pitch and pulled the hood of his coat over his head. He was surely asking himself how it was still 0-0. As one minute of stoppage time was announced, Alexis Mac Allister cut the ball back for Adam Webster, who sent his shot up into the stands.

The half-time statistics emphasised how single-sided it had been. Brighton led 12-0 on shots, 6-0 on corners and had seen 68 per cent of the ball. And yet, it remained 0-0.

The loudest cheer from Forest’s fans thus far had come when their striker Brennan Johnson successfully blocked a Brighton clearance by the corner flag. 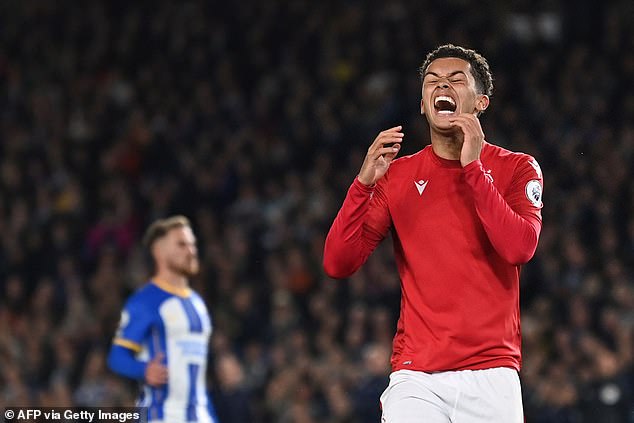 In their defence, the away end had been given little else to celebrate, so they made their own fun.

Forest were searching for their first away win in the Premier League since May 1999. More was needed if they were to end that 23-year wait, though Henderson was immediately called into action at the start of the second half.

Gross’s out-swinging corner was met on the volley by Welbeck from 12 yards but Forest’s goalkeeper pushed it away safely.

In the 51st minute, Veltman’s cross was inviting for Welbeck, who headed wide. Another chance, another groan from the home fans.

There was concern for Forest captain Ryan Yates when Moises Caicedo kicked him flush in the face. It hurt and there was blood, but Yates continued.

After 57 minutes, it was 15-0 to Brighton on shots, and 24-0 on touches in the opposition box. Then at long last, the visitors had a crack. Johnson, who had shown the greatest endeavour of any Forest player, earned the space to shoot. It went out for a throw-in.

It was better than nothing. As we entered the final 20 minutes, the game was much more balanced. Brighton’s attacks were becoming less frequent and Forest sensed they had done enough to add another point to their Premier League total.

There was time for one final heroic save from Henderson in the 81st minute when Gross thought he had bagged the winner. He hadn’t, thanks to Forest’s busy goalkeeper.