The triumphant stars posed for pictures together as they partied following their 3-1 win over Peru.

The stars are enjoying their extended break from their respective clubs after their exploits at the Copa America. 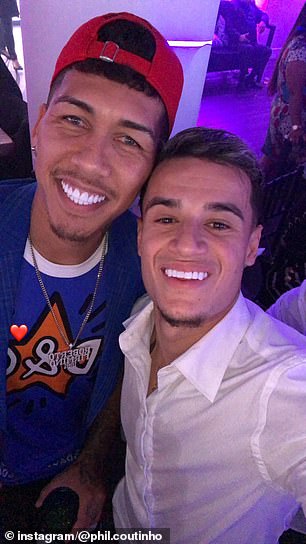 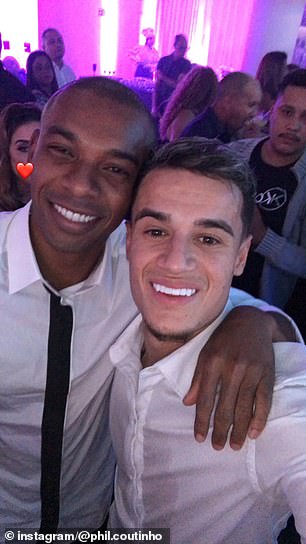 Brazil won their first Copa America since 2007 with Everton Soares, Gabriel Jesus and Richarlison all getting on the scoresheet.

There was late drama in the final as Jesus saw red for a second yellow card with 20 minutes remaining.

Jesus showed his emotion after seeing red as the Manchester City forward punched a VAR booth, booted a water bottle and was burst into floods of tears.

Coutinho said after the final that he wanted to let off some steam before returning to Barcelona ahead of the new campaign.

‘I am going back with a good energy, with new expectations,’ Coutinho said. ‘But, before I go back I need to celebrate a little.’

One man who is without a club is Dani Alves as the veteran right back decided to leave Paris Saint-Germain at the end of last season. 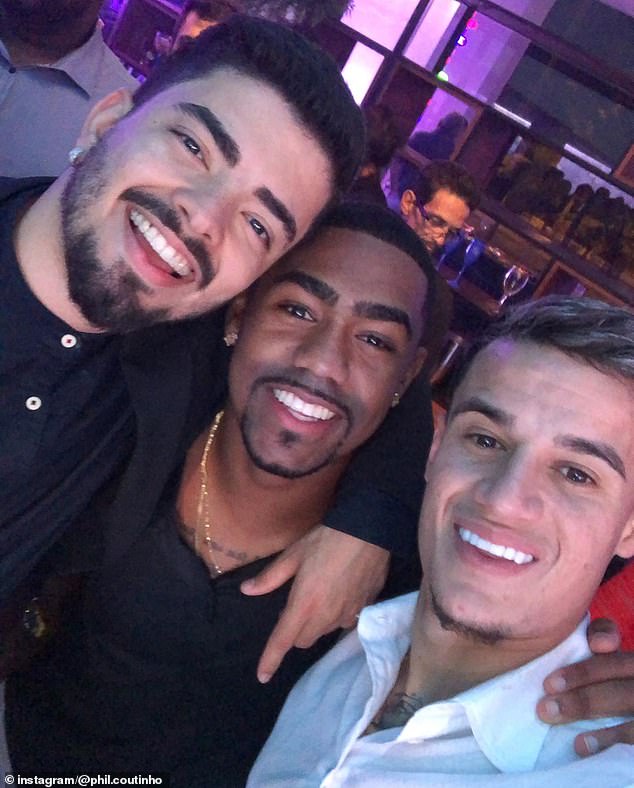 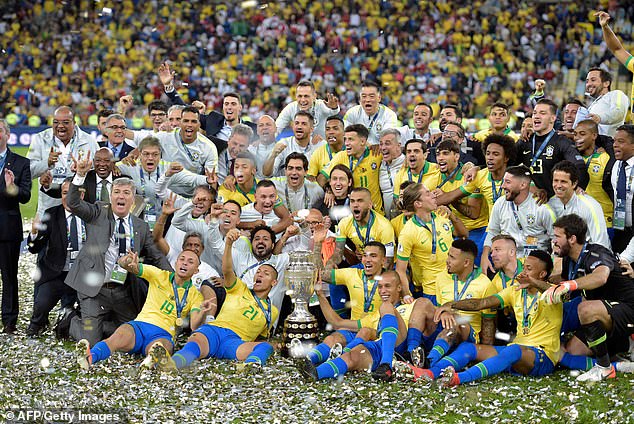 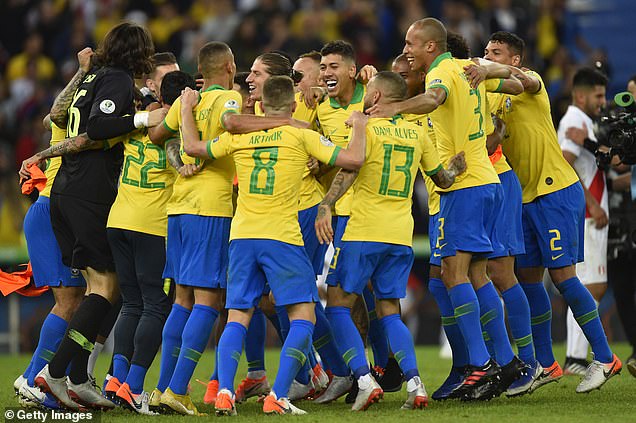