Australia’s most decorated soldier Ben Roberts-Smith has rejected allegations aired in a Nine Network report that he had been involved in a war crime.

The report on the program 60 Minutes, broadcast on Sunday night, citing two anonymous sources, claimed former corporal Mr Roberts-Smith had instigated the execution of an Afghan farmer Ali Jan in 2012 during an operation in Afghanistan.

‘I categorically deny the allegations made against me in tonight’s 60 Minutes program,’ Mr Roberts-Smith said in a statement.

‘I am concerned that tonight’s story and the previous publications by the SMH/Age are an attempt to improperly influence the outcome of the (Inspector-General of the Defence Force) inquiry.’

A Defence inquiry and a criminal investigation by the Australian Federal Police on the matter is reportedly in progress.

The Victoria Cross and Medal of Gallantry winner last year launched legal action against the publishers of The Sydney Morning Herald, The Age and The Canberra Times and three journalists over articles alleging war crimes and domestic violence.

The now-retired solider claimed that articles published portray him as an inhumane murderer and bully.

Mr Roberts-Smith, who now works as a senior executive at Seven West Media, said in a statement last year that articles published by The Age, The Sydney Morning Herald and The Canberra Times reported ‘false statements concerning his war service and personal life.’

‘I unreservedly support the media’s right to report without fear or favour – it is fundamental to any democratic society,’ he said in Friday’s statement. 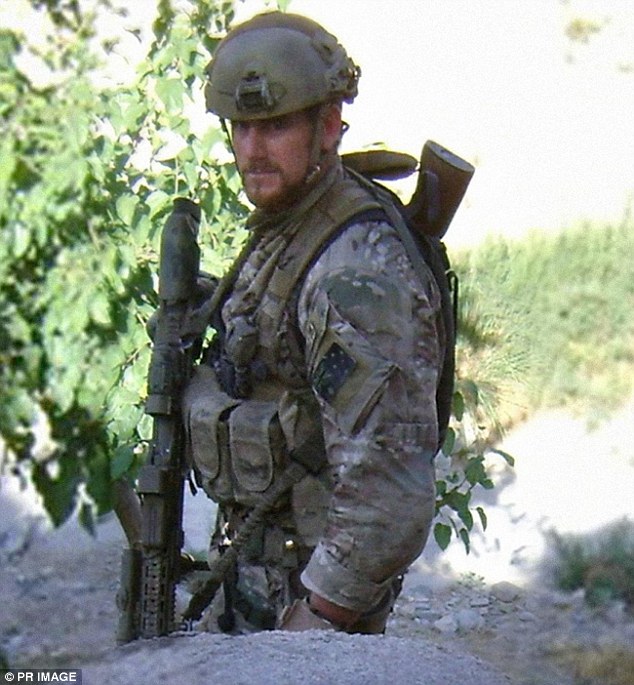 The allegations included suggestion that a domestic violence complaint had been made against the war veteran following a function in Canberra’s Parliament House in 2016.

He was also accused of misconduct on the battle field. Mr Robert-Smith vehemently denies the allegations.

Mr Roberts-Smith was awarded the Medal of Gallantry in 2006 and went on to receive Australia’s highest military honour, a Victoria Cross.

He fought alongside his close friend Sergeant Locke in Afghanistan who was awarded the Medal for Gallantry in December 2006.