The Reds had five shots on target at home to the Clarets on Sunday and converted four with Roberto Firmino and Sadio Mane both scoring twice in a 4-2 victory.

In their last six matches in all competitions Jurgen Klopp’s team have had three goalless draws but have found the net 12 times in the other three. 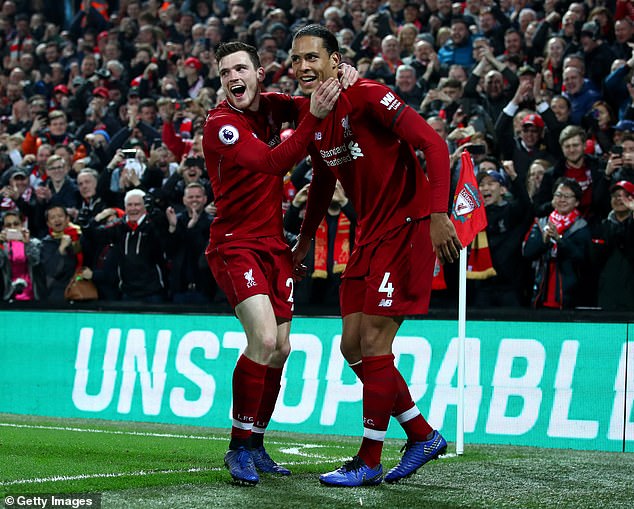 The performance against Burnley was ideally timed ahead of facing Bayern Munich on Wednesday, with the last-16 second-leg tie delicately poised at 0-0.

So far this season Liverpool have lost all three away games in the Champions League but Sunday’s display has given Robertson confidence they will be better in Germany.

‘The work-rate from all of us was brilliant, our counter-press to get the ball quickly and our reactions to poor passes or chances missed,’ said defender Robertson, on his 25th birthday.

‘We reacted well and we looked positive, that’s what we needed to get better at. We did that. We kept going and we were ruthless when the chances came.

‘Last season we were good away from home in the Champions League, we caused teams problems and that’s what we need to do again.

‘It will probably be a different game, they’ll need to come out a bit more, their fans will demand they try to create.

‘It’s all about trying to keep them out first and foremost and then hopefully we can take the chances we get and do enough to get through.’ 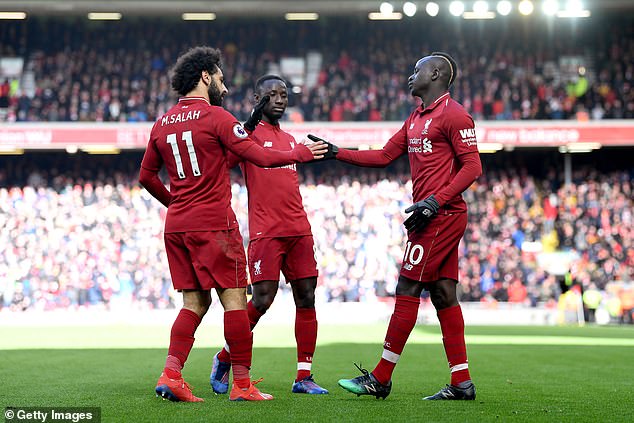 The team had just five shots on target, but scored with four of them in a 4-2 win over Burnley 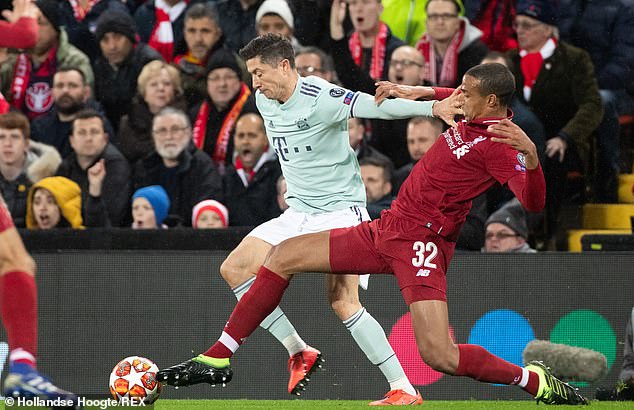 The first leg of the tie was 0-0, but Bayern Munich hit six goals past Wolfsburg at the weekend

A return to winning ways in the Premier League means Liverpool reduced the gap to leaders Manchester City to one point.

For only the third time in their history, they have amassed 73 points from 30 matches. On the previous two occasions they went on to win the title: in 1904-05 in Division Two and the top-flight campaign of 1987-88.

‘It’s another game down, eight to go. It’s going to be exciting one way or another,’ Robertson told liverpoolfc.com.

‘We need to give 100 per cent in every single game and whether it gets us a trophy or it doesn’t, we need to deal with that.

‘The position we’re in now, one point behind with eight games to go, if we perform like that – especially with our attitude – then it’ll stand us in good stead.

‘We’ve got some tough games coming up but we look forward to the chase and hopefully we can push them all the way.’