‘There can’t be a hangover. Newcastle is our full concentration now’: Andy Robertson insists Liverpool are ready and raring to go in Premier League title race following 3-0 defeat in Barcelona

Andrew Robertson has vowed there will be no hangover when Liverpool resume their title challenge despite the sense of bewilderment from their defeat in Barcelona.

The Scotland international enjoyed one of his finest performances for Liverpool in the first leg of their Champions League semi-final, which included a superb penalty area tackle on Lionel Messi, but it counted for nothing at the Nou Camp.

Messi ultimately had one of those 20-minute spells when he played football from the realms of fantasy and his two late goals – the pick of which was a spectacular free-kick – mean Liverpool have a mountain to climb if they want to reach the final on June 1. 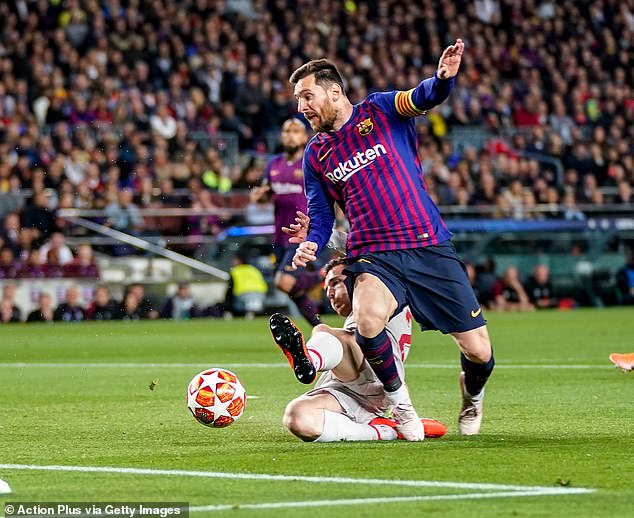 First, though, they must regather their focus ahead of Saturday’s trip to Newcastle. Liverpool remain a point behind Manchester City with two Premier League games to go and they cannot afford a hiccup at St James’s Park if the race is to reach the final day.

‘We are near the end of the season but we’ve got three, hopefully four, games left,’ said Robertson, who showed why he was named in the PFA Team of the Year. ‘We’ve no time to have a hangover now; we need to go strong into the Newcastle game.

‘We need to get our bodies, first and foremost, ready and then go again because we can’t let our foot off the gas. We need the three points and push them (City) the whole way. There can’t be a hangover. Newcastle is our full concentration now.

‘It was a strange one (in Barcelona) because we played well but we got beat 3-0 and it’s baffling how that’s happened. 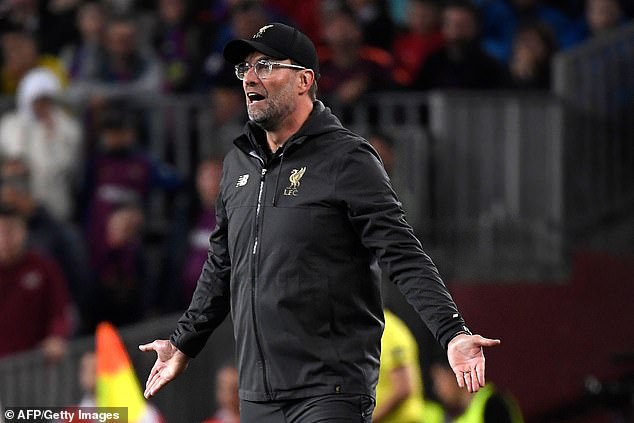 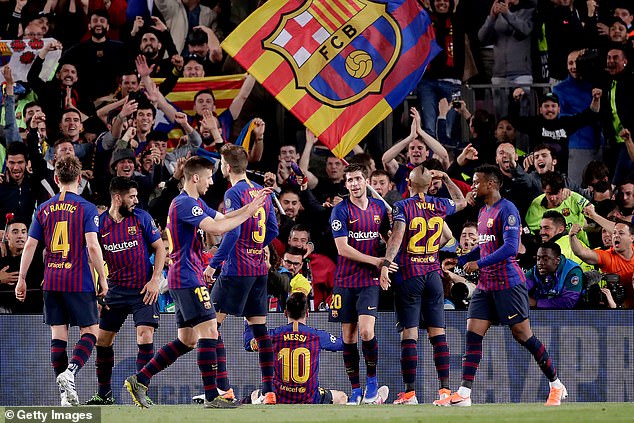 Liverpool have a mountain to climb on Tuesday against Barca, but Newcastle are now the focus

‘We didn’t take out chances and they had a bit of luck with the second but that’s what happens. It’s going to be a tough task now but now we have to think about Saturday first.’

Quite what impact this defeat will have on Liverpool remains to be seen. Jurgen Klopp, Liverpool’s manager, looked deflated when he faced the media after the game and the players were similarly despondent. They stayed overnight in Barcelona and will return to Merseyside on Thursday afternoon.

What cannot be ignored, though, is the fact Liverpool have enjoyed a remarkable campaign and a tally of 91 points shows how consistent they have been. Klopp is adamant they will continue to improve and Robertson was eager to stress that particular point.

‘I think we have developed a really good team,’ said Robertson. ‘We have fallen short but we can be proud of the performance and we just need that bit of luck. We are still young and will still learn and be better for it in years to come.

‘I thought personally I did relatively well against Messi down their right-hand side but he scores two goals. So, for me that’s not good enough clearly. I thought the second goal he scored was world class. You could’ve had two keepers in and we wouldn’t have saved it but that’s what he can do.