‘There were mistakes but our lack of spirit concerned me more’: Brendan Rodgers admits there were some ‘harsh truths’ spoken after Leicester’s shock collapse at Bournemouth

Brendan Rodgers admits he was more alarmed by Leicester’s lack of spirit in their collapse at Bournemouth – rather than the mistakes which cost them crucial ground in the race for the Champions League.

Leicester led 1-0 on the South Coast before a Kasper Schmeichel error prompted four Bournemouth goals in 17 minutes and a red card for Caglar Soyuncu.

Rodgers said there were some ‘harsh truths’ spoken at full-time and that his players spoke among themselves after the defeat, which leaves their top-four hopes in the balance.

‘Above the technical and tactical aspect of the game, it was our spirit that concerned me more,’ Rodgers said ahead of Thursday’s clash with Sheffield United.

‘That was the huge disappointment for me, and of course there were mistakes…. the (players) know we let ourselves down in the second half, we didn’t run hard enough, we didn’t work hard enough with and without the ball – it’s as simple as that.’

Rodgers added: ‘I think it was that sort of shock and disbelief (at what) had happened and that then filtered through into our performance.’

Heading into Thursday’s game, which Rodgers said Leicester have to win, the Foxes are fourth – above Manchester United on goal difference. 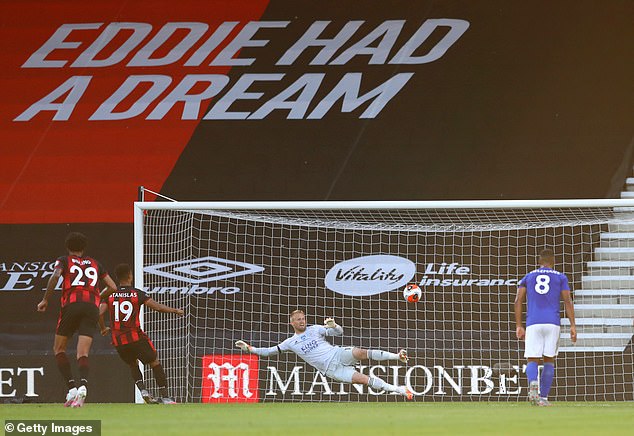 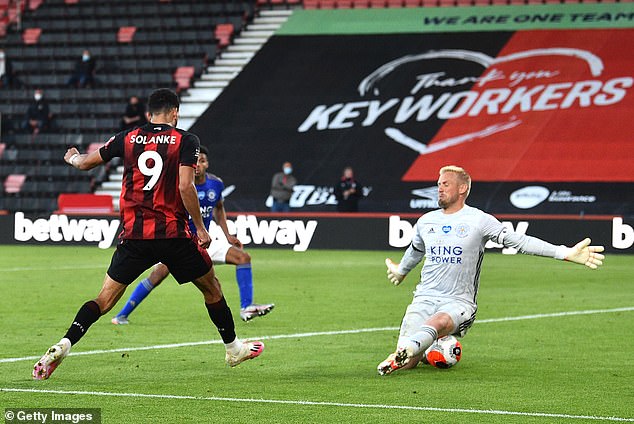