Rodin And The Art Of Ancient Greece review: Puts a new spin on the sculptor

Rodin And The Art Of Ancient Greece

For a short-sighted son of a Paris policeman, Auguste Rodin went on to have a heck of a career – as one of the greatest sculptors of all time.

He’s associated with bold realism, translating into art whatever he saw before him and rejecting the polished, idealised figures of academic sculpture.

A new exhibition at the British Museum, however, puts a different slant on his genius. It highlights the influence on Rodin of Ancient Greek art, especially the sculptures from the Parthenon temple in Athens.

This show blows its trumpet a little too loudly at times, failing to acknowledge there were many more influences on Rodin than the British Museum. Above: The Age Of Bronze , 1877

Around half the surviving examples are kept at the BM, and Rodin is known to have made the trip to London at least 15 times to see them.

Fast-forward to 2018 and – thanks to loans from the Paris Rodin Museum – visitors are treated to the sight of the Frenchman’s sculptures beside Parthenon pieces that inspired him.

Take Rodin’s best-known work, The Kiss, of an intertwined couple embracing. It appears near a Greek sculpture of two sensual-looking goddesses.

Both works were carved from single blocks of stone, and both feature what looks like one figure melting into another. 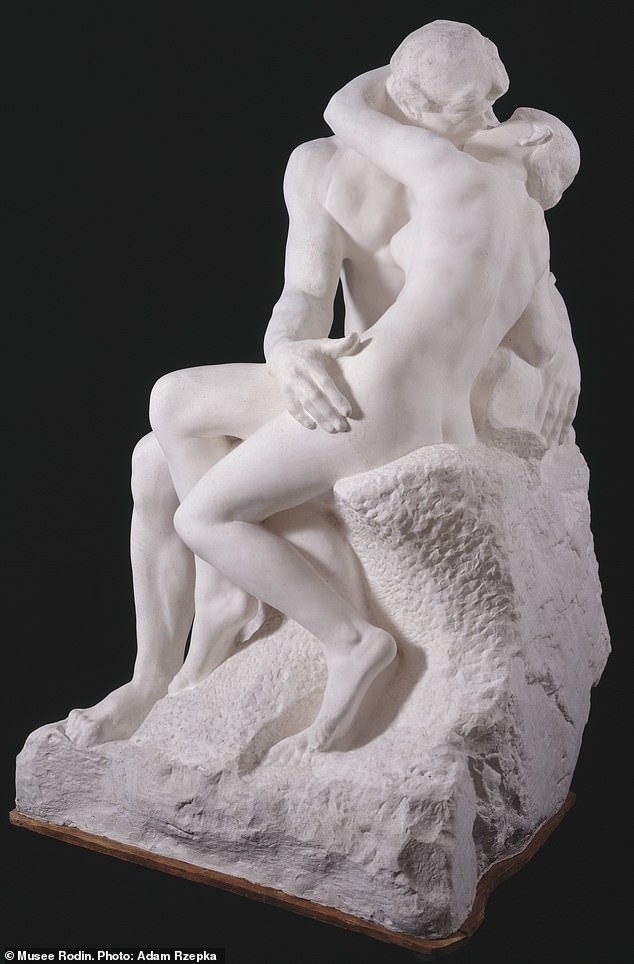 Rodin’s best-known work, The Kiss (above), of an intertwined couple embracing appears near a Greek sculpture of two sensual-looking goddesses

Rodin, it must be said, never made straight copies. He was too original for that, cherry-picking his sources of inspiration and adapting them freely.

An interesting, new spin is put on another of his famous works, The Thinker, long felt to be of a man in contemplation.

His pose, however – with head resting on the back of his right hand – is seen on Athenian grave monuments. Might Rodin’s figure, then, not just be thinking but also mourning?

In truth, this show blows its trumpet a little too loudly at times, failing to acknowledge there were many more influences on Rodin than the British Museum.

The trip that defined his career and unlocked his imagination wasn’t to London at all, but to Italy in 1875, when he saw the work of Michelangelo.

That said, this remains a fine exhibition – from which Rodin and his Greek forebears all emerge triumphant.