Real Madrid youngsters Rodrygo and Federico Valverde have come in for special praise from the Spanish press after shining for Zinedine Zidane’s side.

Madrid narrowly overcame Galatasaray away 1-0 on Tuesday night in the Champions League in a must-win fixture – with both Rodrygo and Valverde starting for the Spanish giants.

The young duo stepped up to the plate in the vital European clash, having picked up just one point from their opening two Champions League games. 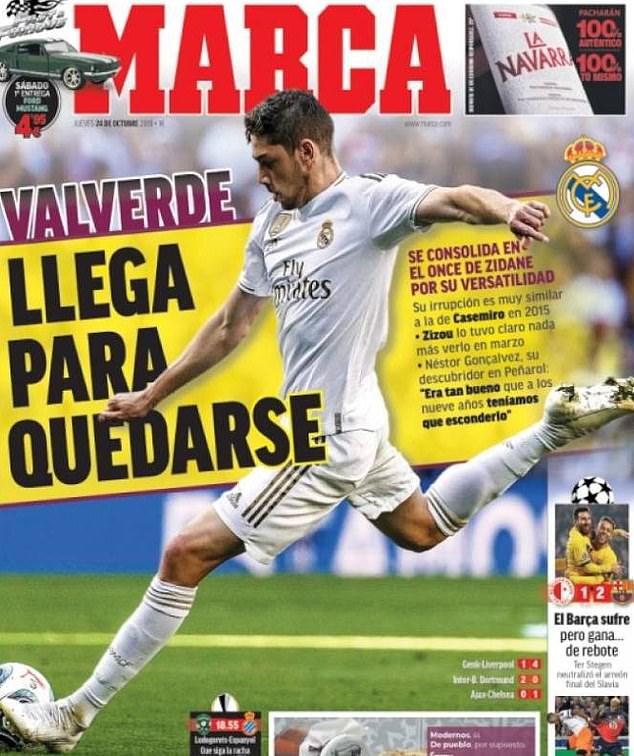 Real Madrid midfielder Valverde caught the eye of Marca, who claimed he is ‘here to stay’

And following the victory, both AS and Marca have been singing the praises of Zidane’s rising stars – describing them as the future for Madrid.

On AS’ front page on Thursday, they led with the headline: ‘They fly’, alongside photos of Rodrygo and Valverde.

They accompanied this message with: ‘Rodrygo and Valverde lead the Madrid renovation plan. The Brazilian is ahead of his compatriot Vinicius Jr, the Uruguayan is now a starter.’

Meanwhile, Marca opted to single out Madrid midfielder Valverde for praise, with the headline: ‘Valverde is here to stay’, before claiming he has ‘consolidated himself in Zidane’s XI for his versatility.’

Valverde, 21 years of age, has helped provide much-needed cover in midfield for the Bernabeu outfit, especially after missing out on Manchester United’s Paul Pogba in the summer. 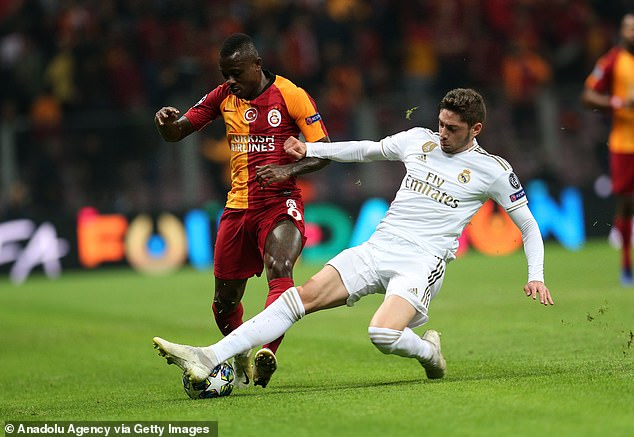 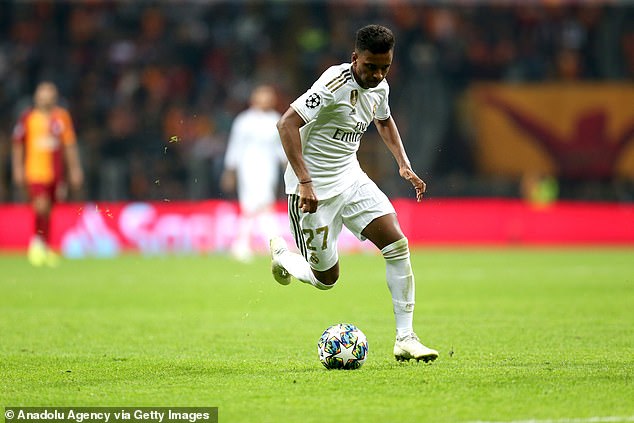