Roger Federer showed no signs of rust from his lack of match practice ahead of the Australian Open as the third seed launched his campaign for a record 21st Grand Slam title by hammering American Steve Johnson 6-3 6-2 6-2 in the first round on Monday.

Playing his first competitive match since losing to Greek Stefanos Tsitsipas in the ATP Finals in November, the 38-year-old broke his opponent’s serve early in each of the three sets and closed out the match when Johnson hit a return long.

Despite blustery conditions, Federer served superbly from the start and hit winners at will against Johnson, who is ranked 75th in the world, and he was as ruthless under the closed roof at the Rod Laver Arena after play was interrupted by rain. 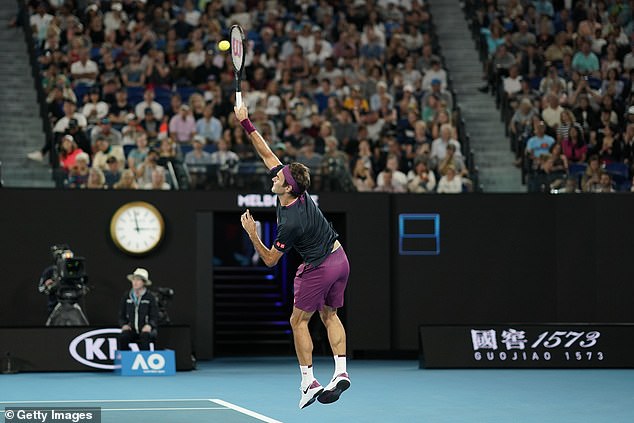 The Swiss, who showed no signs of rust whatsoever, served superbly from the start

A six-time champion at Melbourne Park, Federer will take on the winner of the match between French qualifier Quentin Halys and Filip Krajinovic of Serbia in the second round.

Williams needed just 19 minutes to win the first set but the 18-year-old Russian dug in to at least make the scoreline respectable. 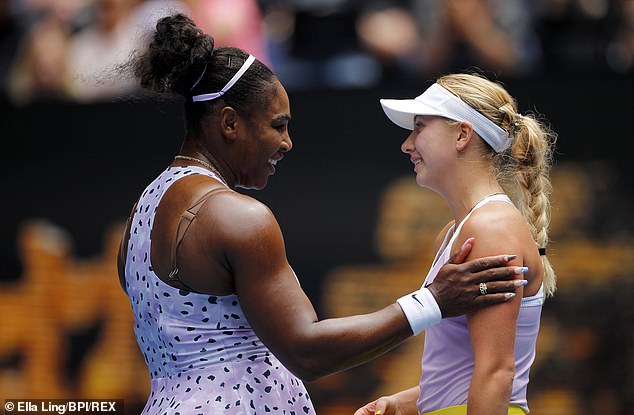 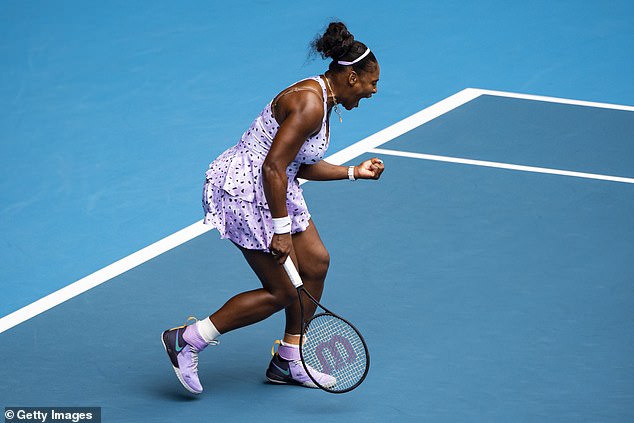 Defending champion Naomi Osaka made a solid start to her Australian Open campaign with a straight-sets victory over Marie Bouzkova.

Osaka, who beat Petra Kvitova in the final 12 months ago to win her second grand slam title, had the honour of opening the tournament on Rod Laver Arena.

There was a brief moment of alarm in the second set when she trailed 21-year-old Czech Bouzkova 4-2 but Osaka won the next four games to seal a 6-2 6-4 victory.

The third seed will next face China’s Zheng Saisai, who defeated Anna Kalinskaya 6-3 6-2. 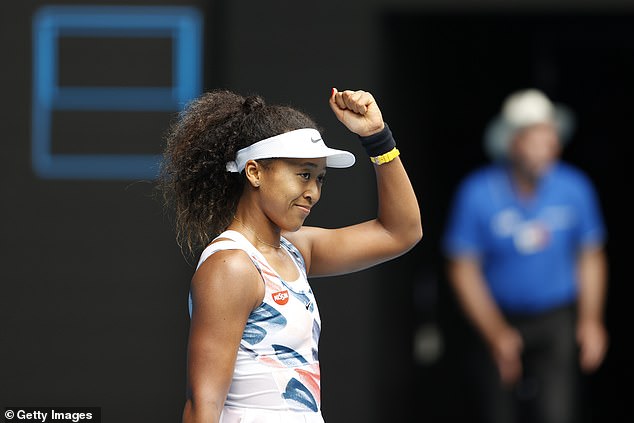