Roger Federer PULLS OUT of fourth round of the French Open

Roger Federer’s predictable withdrawal from the French Open on Sunday amounted to a strange reverse from the norm.

In effect, he was withdrawing from a Grand Slam to prepare properly for a regular ATP Tour event, when usually these things happen the other way round.

So instead of taking his place in the last 16 at Roland Garros on Monday he will be heading to the grass courts of Halle in Germany. As his long-established routine, he will play there next week before moving on to Wimbledon. 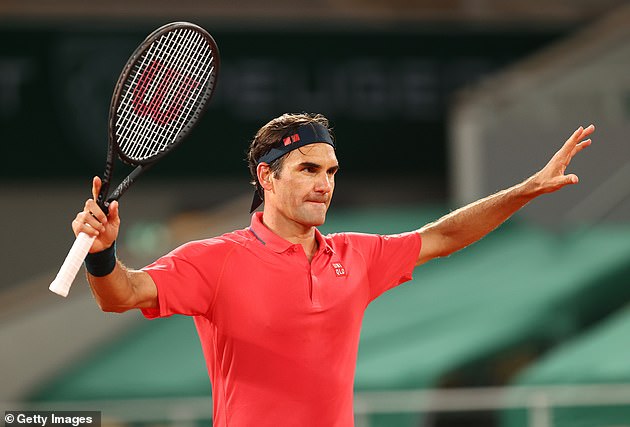 The fact is that, at this stage of his career, Federer can do what he likes, and with the game not having an overall governing body no one can do much about it. He deemed it in his best interests to preserve his body for the challenges that lie ahead.

At 12.43am on Sunday morning he wrapped up a hard-fought third round victory over Germany’s Dominik Koepfer, and later hinted that he might opt out of the second week in Paris.

His opponent was due to be ninth seed Matteo Berrettini, of Italy. If he had somehow managed to get through that there lay the prospect of a sound beating at the hands of Novak Djokovic.

It was no great surprise when Federer threw his cards into the middle of the table on Sunday afternoon, before Monday’s order of play was formulated.

‘After discussions with my team, I’ve decided I will need to pull out,’ he said. ‘After two knee surgeries and over a year of rehabilitation it’s important that I listen to my body and make sure I don’t push myself too quickly on my road to recovery. I am thrilled to have got three matches under my belt. There is no greater feeling than being back on court.’ 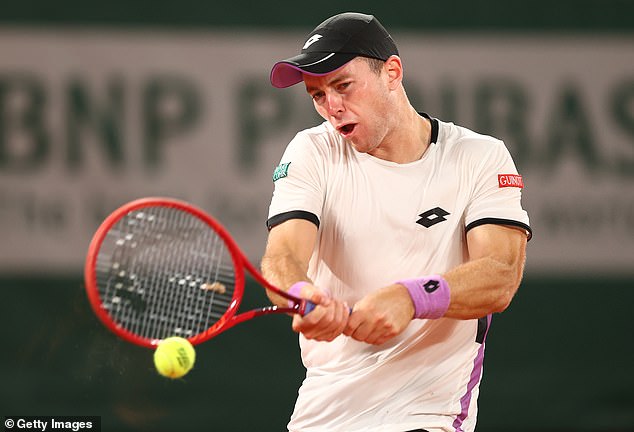 The French had no option but to accept his choice with a Gallic shrug, with tournament director Guy Forget generously wishing him well for the rest of the season.

Nonetheless it does not sit entirely comfortably that Federer has scratched without a chronic injury, beating Koepfer but then leaving a spot in the fourth round vacant.

Of course, he could have dodged any opprobrium by inventing an injury after a match that took three hours and 36 minutes, and there were also two other factors at play.

Both result from French Open decisions. Firstly, this year’s event was moved back a week to try and minimise the Covid impact, reducing the gap between Paris and Wimbledon to two weeks. 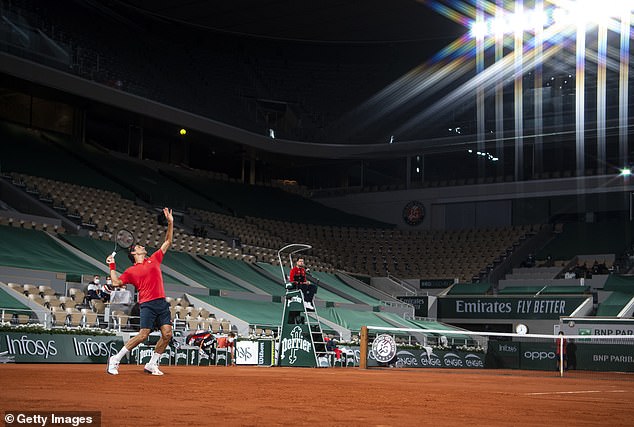 Secondly, he was taking his turn in the new night session this year, starting at 9pm. This has been created with the idea of drawing extra ticket revenue and a new TV contract with Amazon Prime.

The fact is, with the stadium deserted due to the local curfew, Federer may have made his last appearance in Paris in front of a few staff and media, a year being a long time for him now.

His decision also speaks to his belief that he can make a serious impact at Wimbledon, and that he wants to arrive there in the best possible shape.

The way he moved against a resilient opponent like Koepfer and fought his way to victory, on a surface that does him far fewer favours than grass, suggests that it would be highly unwise to write him off for SW19.