Tennis icon Roger Federer has recalled the hilarious moment he was stopped from entering Wimbledon despite being world famous for his exploits on the club’s centre court.

An eight-time men’s singles winner at the All England Club, the 41-year-old was in London a fortnight ago for a doctor’s appointment.

He decided to have a meal at the famous sporting arena – and that’s where the trouble started.

Recalling his epic tale to host Trevor Noah on The Daily Show, Federer revealed he was snubbed because he wasn’t carrying a membership card.

‘I drive up to the gate where usually guests would come in. So I get out and I tell my coach who was with me, “I’ll quickly go out and speak to the security lady. I got this”,’ he recalled.

‘So then I get out and I’m like, “Hello, I was wondering how I could get into Wimbledon?” She asked if I had a membership card.

‘When you win Wimbledon, you become a member automatically.

‘And honestly, I don’t know about membership cards, they are probably at home somewhere and I’ve just been travelling, so I had no idea.

‘I told her, “No, I don’t have my membership card, but I am a member. I’m just wondering where I can get in”.’

His plea fell on deaf ears, with a bemused Federer left to keep pleading his case.

‘I’m like, “No, I am a member and normally when I’m here, I’m playing. And now it’s the first time the tournament is not on and I’m here”. 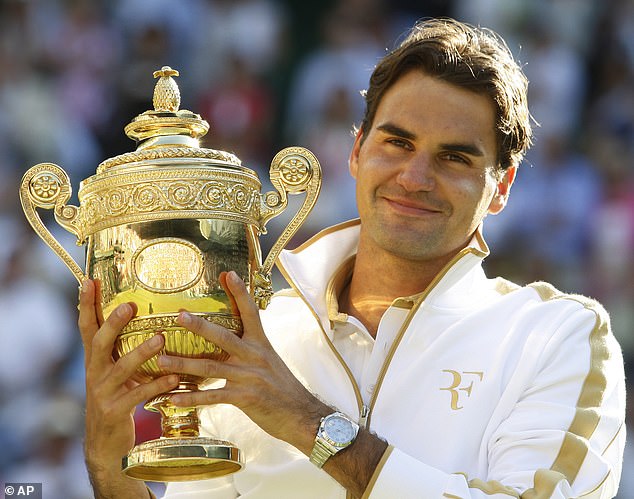 Even the fact Federer is an eight-time winner at the All England Club wasn’t enough to get him through the gates (pictured, with the 2009 trophy) 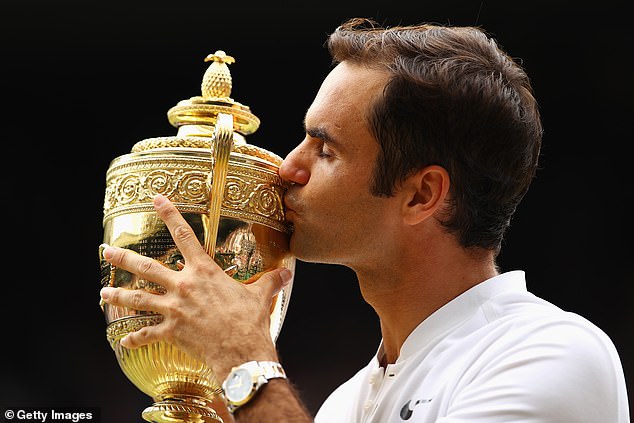 Federer required his membership card to get in – and given he wasn’t carrying it, the security guard – who didn’t recognise him – wouldn’t budge

‘I look at her in a panic one last time, and say, “I’m so sorry but I have won this tournament eight times, please, believe me, I am a member”.’

The Swiss maestro then tried his luck at another gate with another security guard – and was recognised and allowed to enter.

Federer then enjoyed tea with the Wimbledon chairman for an hour before boarding a flight home.

A 20-time Grand Slam winner, he announced his retirement from the sport earlier this year.