At the time, it seemed that The Rolling Stones’ Rock And Roll Circus was just a bizarre exercise in Sixties fancy dress, with Mick Jagger in a top hat, riding boots and red tails, cracking a whip like the ringmaster he would always be.

Originally planned as a BBC TV show to promote the Stones’ return to proper rock with their album Beggars Banquet, after a disastrous follow-the-Beatles detour into dippy-hippiness the previous year, in the end it turned out to be rather more than that.

This was the night — December 11, 1968 — when Brian Jones, who had founded the Stones but by then had a serious drug problem, played his last gig with the group.

The Rolling Stones perform at their Rock And Roll Circus in 1968 in an attempt to promote the album Beggars Banquet. It was Brian Jones’ (second from right) last gig with the group

Less than half a year later, he was sacked when Mick Jagger and Keith Richards decided he had become a liability. Less than four weeks after that, Jones was found dead in his swimming pool.

The December night was significant for guest star John Lennon, too. For the first time ever, he appeared on stage without the other Beatles — backed instead by Keith Richards, Eric Clapton, then with Cream, and Jimi Hendrix’s drummer Mitch Mitchell in a scratch group which went under the pseudonym Dirty Mac.

The era of the supergroup was dawning.

It was also the moment when Yoko Ono, dressed initially as a pointy-hatted witch, made her first appearance on a rock and roll stage alongside Lennon. When he’d been asked to appear, John had agreed only on the condition that Yoko could perform too.

His request was, of course, granted, and he sang Yer Blues before Yoko, emerging from a black bag, chose to make her rock debut wailing like a wraith. The mainly teenage audience were so bewildered that some failed to suppress their giggles at the unearthly sounds. That wasn’t their fault, they would never have heard anything quite like it before; nor, possibly, ever again.

Yoko was brought up on classical music as a little girl in Japan, and as a young conceptual artist in New York had once been scornful of rock music, considering it crude.

But she seemed to go through a Damascene conversion on stage that night. From that moment on, singing became a second career for her. Indeed, her last album came out only two years ago.

As John Lennon would later joke to me, impersonating her singing style: ‘We’ve only got to play four bars and she grabs the microphone and she’s off: “Aaggghhh!!!” Take her anywhere and she’ll do her number for you.’

But something had already come over John, too. He’d enjoyed playing with new musicians, and within a year he had secretly broken up The Beatles and begun reinventing himself as one half of the avant-garde peace duo known as John and Yoko. 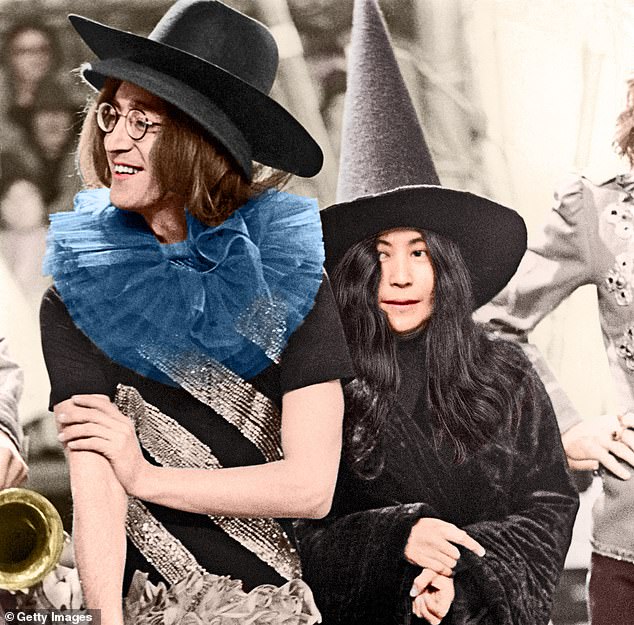 Pictured: John Lennon with his wife Yoko Ono on the set of the TV special in Wembley, London

Rock’s major tectonic plates were shifting that night, but few of the 800 of us present in Wembley Conference Hall — to reinforce the circus theme we’d all been dressed up as yokels in felt hats — could have guessed it.

Nor did we anticipate that it would be almost 30 years before any of the performances — including Mick Jagger singing Jumpin’ Jack Flash and introducing us to Sympathy For The Devil — would be seen by the public. He has never admitted it, but rumour has long had it that Mick was dismayed by his performance when he saw the footage. The Who, and especially Roger Daltrey, had — in his view — outdazzled him and the Stones.

It had certainly been a marathon event, beginning at 2pm, with lighting and camera changes ensuring that the exhausted Stones did not perform until almost 5am.

Mick accordingly made sure the film wasn’t sold to TV but instead hidden away where it could do his and the Stones’ reputations no further harm. It wasn’t until 1996, when the band’s place in rock music history was already assured, that a CD and VHS video of the evening was slipped quietly out, with the DVD following in 2004. 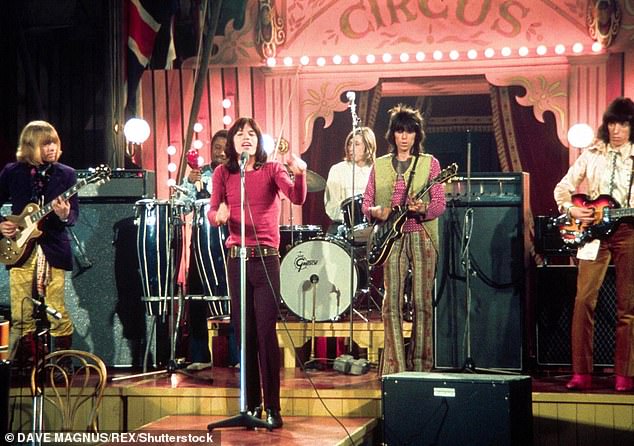 Filmed under a make-believe big top with trapeze artists, clowns, a fire-eater, a real tiger (safely chained) and acrobats filling the gaps between the acts, the show, which also included Jethro Tull and American blues singer Taj Mahal, was certainly ambitious.

The extravaganza was partly the idea of Michael Lindsay-Hogg, who had cut his teeth directing the groundbreaking pop show Ready Steady Go! and who went on to make the Beatles film Let It Be the following year.

Lindsay-Hogg was on to something when he declared that there was a natural synthesis between rock and theatre.

Soon the Stones would be calling themselves ‘the greatest rock and roll band in the world’, and turned their tours into pantomimes of huge inflated phalluses, lighting and firework displays. 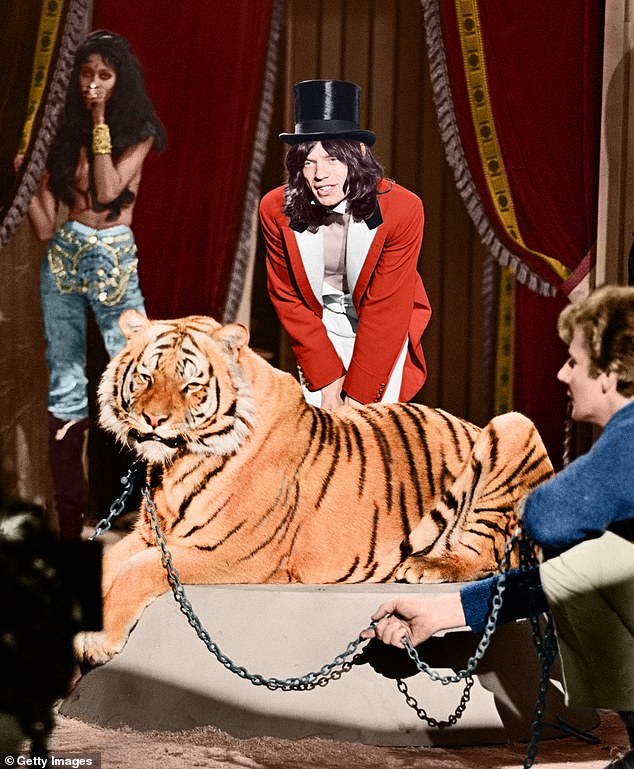 Although locked away for so long, The Rock And Roll Circus nevertheless marked a turning point in the way popular music was presented. No longer would it be enough for groups of young men to get up on stage and simply sing and play their hits.

The visual age of rock was on the horizon, and Mick Jagger would increasingly relish what The Beatles, in their musical innovation, had largely been able to ignore — that the public enjoyed nothing so much as a spectacular. The glam rock of David Bowie and Marc Bolan’s T. Rex, and the pop video showmanship of Michael Jackson were only a few years away.

Soon there would be MTV, followed by YouTube, developments that made the visuals as important as the songs. Whether or not some of us like the interdependency of music and images, no artist has a hit these days without the backing of an elaborately produced video.

The Stones weren’t the first group to cement this coupling. But Mick Jagger and director Michael Lindsay-Hogg had seen the future. The ambition of The Rock And Roll Circus, pointed in the direction that popular music was soon to go.

Ray Connolly’s biography, John Lennon — A Restless Life, will be published in hardback by Weidenfeld & Nicolson on October 4.