Never-before-seen black and white photographs of the Rolling Stones have been unearthed after 56 years.

The candid shots depict the legendary group’s first tour and recording session and counting coins outside a taxi.

The images are set to go on display at the Curtain Hotel in Shoreditch, curated by the Zebra One Gallery.

They show the band in a recording studio before their first big UK tour in 1963 in which they supported the Everly Brothers and performing in matching jackets.

The Rolling Stones are pictured in the recording studio in newly released photos seen for the first time in 56 years. From left to right: Brian Jones, Bill Wyman, Keith Richards, Mick Jagger 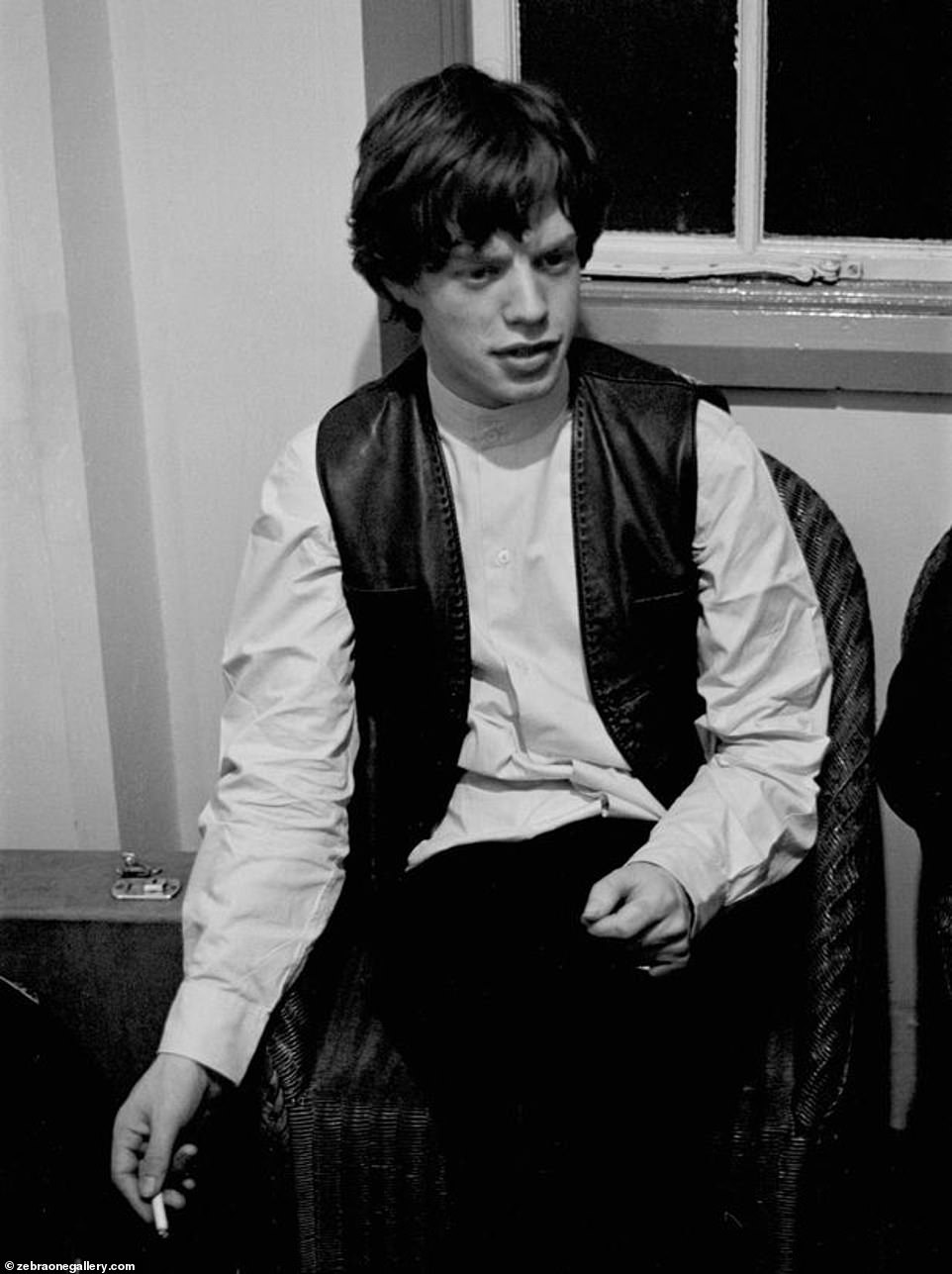 The captivating photographs also show Mick Jagger relaxing backstage with a cigarette and the group getting in a taxi outside Holborn Station in London.

It was recently revealed how Sir Mick demands a new mattress in every hotel he sleeps in now when on tour.

A source said: ‘Mick always asks for a new mattress in his room, no matter how posh the hotel.

‘But he insists the plastic wrapping stays on while someone sleeps for one night on the mattress to break it in.

‘It’s an unusual request but, hey, he’s Mick Jagger. Does he need a new mattress every time? Why not?’ 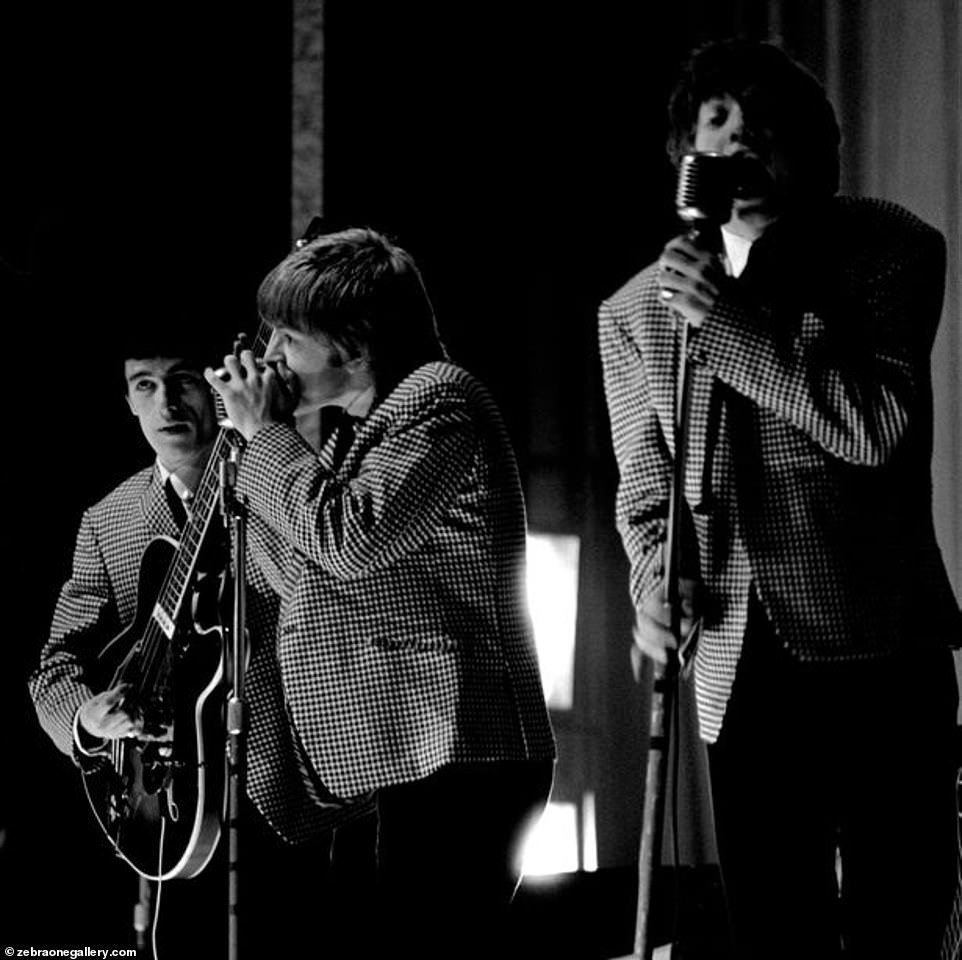 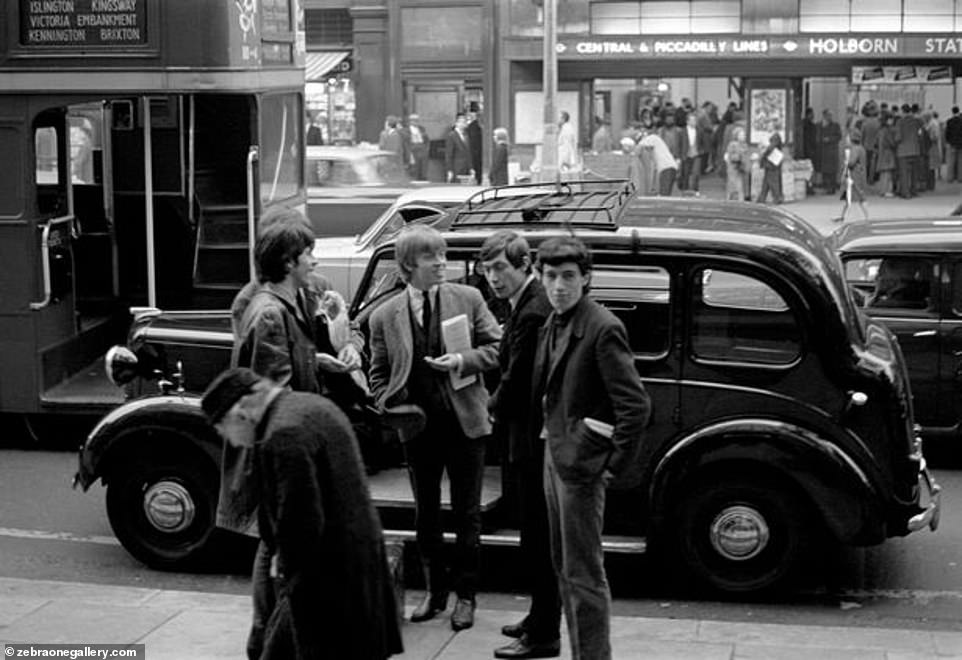 The rockers pool for taxi money outside Holborn Station in London. The photographs are set to be exhibited at the Curtain Hotel in Shoreditch in November

The Rolling Stones recently issued an apology to fans after they were forced to reschedule their Miami Gardens performance due to Hurricane Dorian.

The concert, originally scheduled for Saturday, August 31 at the Hard Rock Stadium, was moved up a day to Friday, August 30, in the wake of alarming weather reports.

Visit the exhibition at the Curtain Hotel in Shoreditch from November.