Rolls-Royce has begun building the world’s largest jet engine which is designed to slash emissions for airlines post-pandemic, The Mail on Sunday can reveal.

In a significant bet on a recovery in the aviation industry, the British engineer has started constructing a demonstration version of its vast UltraFan engine in Derby, East Midlands after seven years of preparations.

The Government-backed project has so far cost more than £500million, with around a third paid for by the taxpayer.

The test model is due to be completed by the end of the year. The engine is 25 per cent more fuel efficient than Rolls’ first Trent engines. It can also run on sustainable fuels made from waste products such as cooking oil.

Trials will take place in Rolls-Royce’s new £90million testing facility – a ‘cathedral of space’ with ultra-thick walls to limit noise.

UltraFan, with a fan diameter of almost 12ft, is larger than engines produced by US rival General Electric. Its carbon titanium fan system has been built in Bristol and its 50MW gearbox – powerful enough to run 500 family cars – in Dahlewitz, Germany. The engine will be suitable for both larger aircraft and the single aisle planes used for short-haul flights.

Rolls-Royce engineering and technology director Simon Burr said: ‘This engine is not like anything else. When you see it your eyes are on stalks. It’s truly a work of art. We’ve tested all the component elements and they’ve worked really well.’ 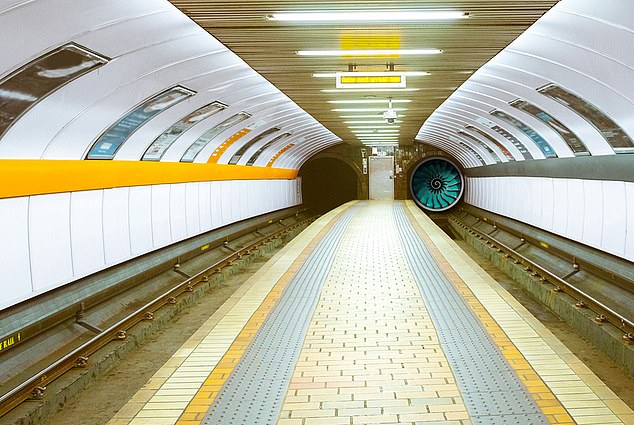 Burr said the engine is considerably quieter than previous propulsion systems. ‘If you live near Heathrow you want to hear a whisper overhead. I used to live under the flight path so that matters to us.’

The long-term future of the UltraFan project, launched in 2014, remains in doubt. The grounding of flights due to Covid has thrown Rolls-Royce and its customers – including Airbus and Boeing – into crisis. 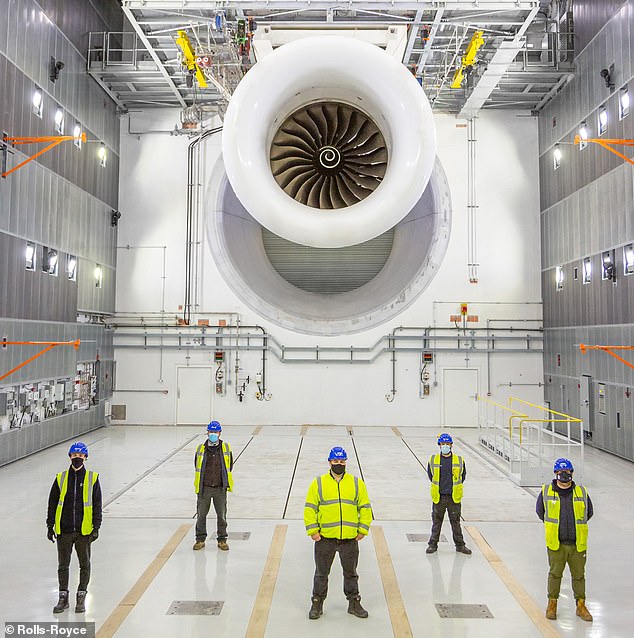 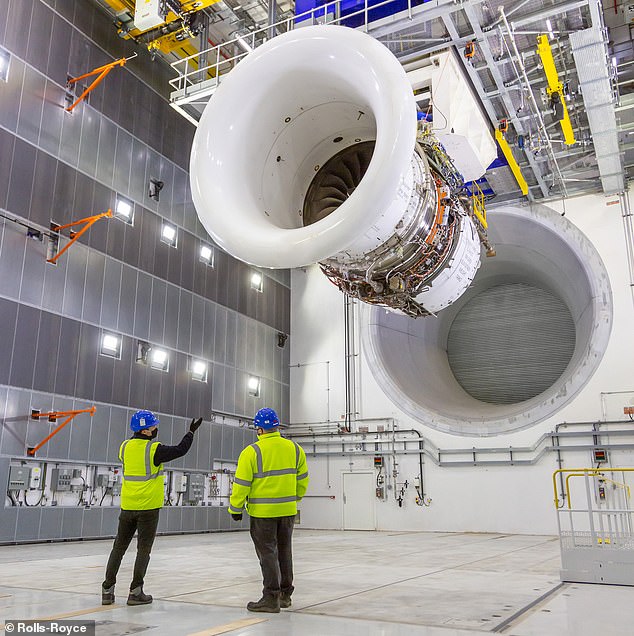 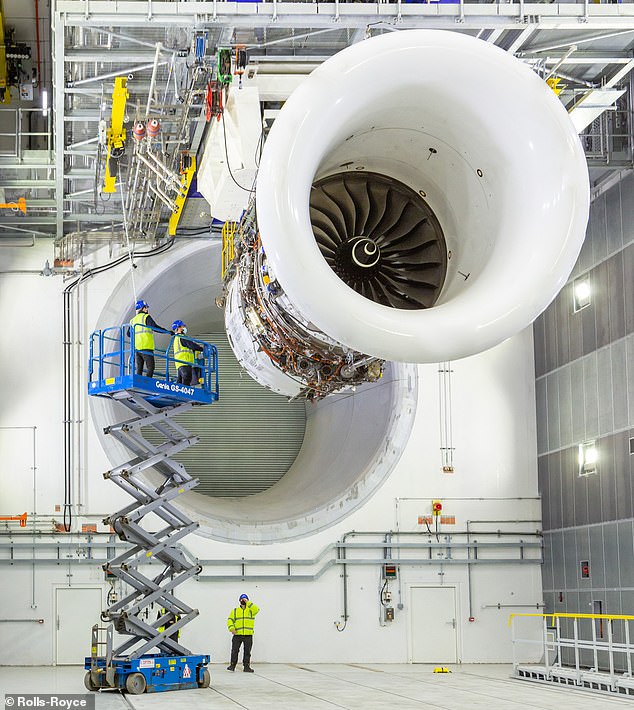 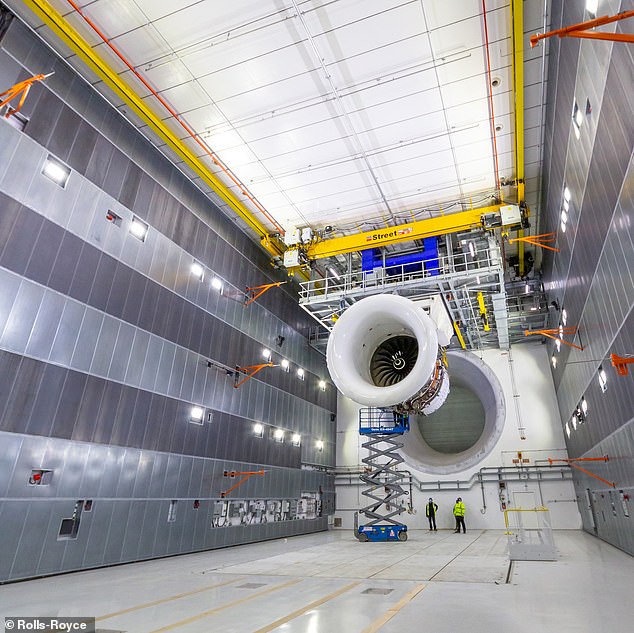 Chief executive Warren East has committed funds to the creation of the technology. Bringing it to market towards the end of the decade will require further investment and a pick-up in demand for new plans. The prototype has received funding from the UK, Germany and the EU.

Business Secretary Kwasi Kwarteng, said: ‘The UltraFan project is a perfect example of how we are working with industry to deliver green, sustainable flight for decades to come. Backed with significant government support, this project represents the scale of ambition for Britain’s crucial aerospace sector.’

East is attempting to invest in green technologies to secure the future of the 115-year-old business, while shedding thousands of jobs and selling off assets to boost the balance sheet.

The Mail on Sunday revealed last month that the company plans to use an attempt on the world all-electric airspeed record this spring as a launch pad for a push into electric planes and flying taxis.

However, Burr played down fears that UltraFan could be overtaken by green technologies before it launches. ‘There is simply no way you’ll be able to travel across the Atlantic with a battery,’ he said, adding that its weight would make that impractical.

Last week, East’s efforts to slim down the group were dealt a blow when the £130 million sale of Norwegian engines arm Bergen to a Russian group was blocked on national security grounds. Spanish aerospace group Aciturri is reportedly planning a £1.5billion bid for its ITP Aero division.