Roma sporting director Monchi has insisted they were left with no choice but to sell Mohamed Salah to Liverpool in order to comply with financial fair play obligations.

The Egyptian forward came back to haunt his old side by starring in Liverpool’s 5-2 rout of Roma in the first leg of their Champions League semi-final on Tuesday evening.

Salah’s match-winning display – that saw him net his 42nd and 43rd goals of the season – has led to increased reproval of Roma’s decision to sanction his move last for an initial £37m last summer. 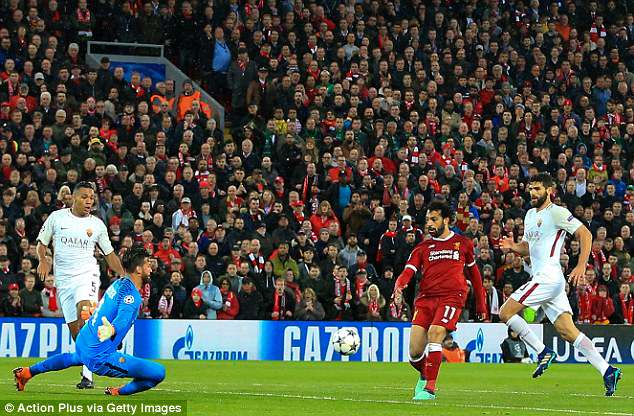 Monchi, who oversaw the transfer shortly after his arrival from Sevilla, has hit back at criticism by insisting they were under pressure to meet UEFA’s financial rules.

‘I sold him for more than €42m,’ the sporting director told the Spanish radio station Onda Cero. ‘We had a need to sell. We had no option but to sell Salah before 30 June. Had we not done that, we probably wouldn’t be here playing the semi-final of the Champions League as we had UEFA closely monitoring us.

‘We didn’t want to sell him but we had no choice. We had to take an offer before the end of the month. He wanted to leave, but we would have kept him if the regulations weren’t against us. When I arrived, the offer [from Liverpool] was €30m but we managed to get it up to almost €50m with bonuses. That is what we could do. The market then went crazy with Neymar, Coutinho and Dembele.’ 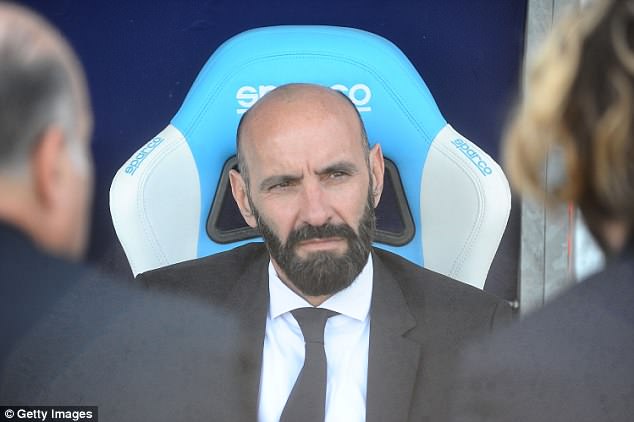 Salah, who saw off competition from Kevin De Bruyne to win the PFA Player of the Year Award on Sunday, is brushing shoulders with both Crisitano Ronaldo and Lionel Messi this season and is being touted for the Ballon d’Or gong.

The 25-year-old is the Premier League’s top goalscorer this season and needs just four more to equal Ian Rush’s 34-year record for the most goals in a season by a Liverpool player.

Monchi added: ‘He’s had an extraordinary season. Of course people have questioned why we sold him. We congratulate Liverpool for buying him. We had to sell him and the player wanted to leave. Unfortunately, we suffered that on Tuesday night because we know of his quality. He is a very strong player.’ 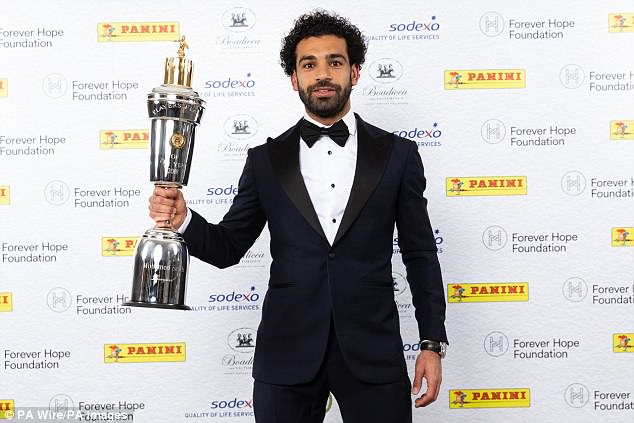 Roma manager Eusebio Di Francesco admitted he was disappointed with his side’s performance after the defeat but insisted they can still pull off a miracle and qualify for the final, having successfully overturned a three-goal deficit against Barcelona in the last round.

He said: ‘If you don’t believe anything can happen, then you shouldn’t be playing these games. I don’t want to see anyone on trial now, as preparing games on paper is not the same thing and tactics become relative if we can’t keep the ball or make a simple pass.

‘Their attacking moves almost all happened when we lost the ball. If they allowed us some three against three moves, it means we have the quality. Our centre-backs were caught when they should’ve turned and blocked. Losing all these duels showed we were a little below Liverpool in terms of physicality and pace. 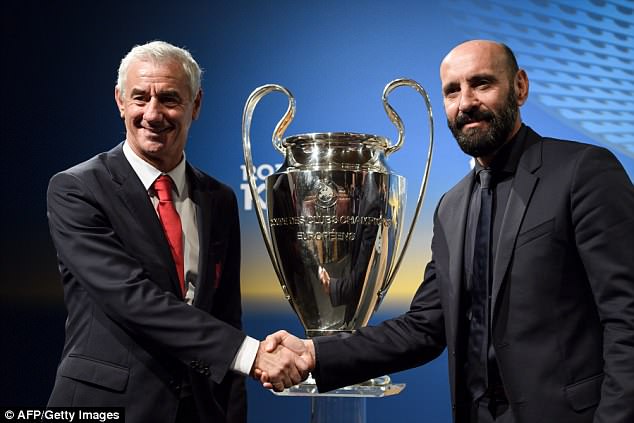 ‘We said before the Barcelona game that we believed totally in our chances and I say the same now. The team today lost its confidence too much and got totally disbanded, but that shouldn’t happen, it doesn’t matter how many setbacks there are or goals conceded.

‘We will see a very different Roma in the second leg. If you lose numerous duels around the pitch, you’re going to lose the game. If we got here it’s because we fought and won duels against many very talented players.

‘If the opposition has the ball and is preparing a pass, you can’t just stand there and wait for it to come in, especially when it’s an easy enough situation to read. We made it easy for them.’ 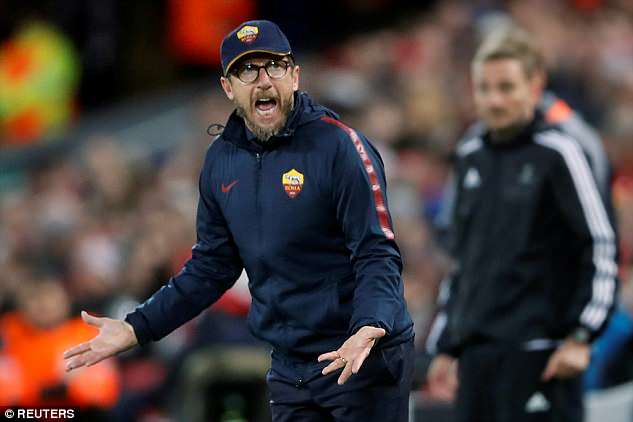