Kevin Strootman and Diego Perotti are in a race to return to full fitness ahead of the second leg of Roma’s Champions League semi-final against Liverpool next week.

The pair sustained their injuries in the 5-2 defeat by Jurgen Klopp’s side in the first leg at Anfield on Tuesday.

Strootman was left with bruised ribs while Perotti sprained his left ankle. 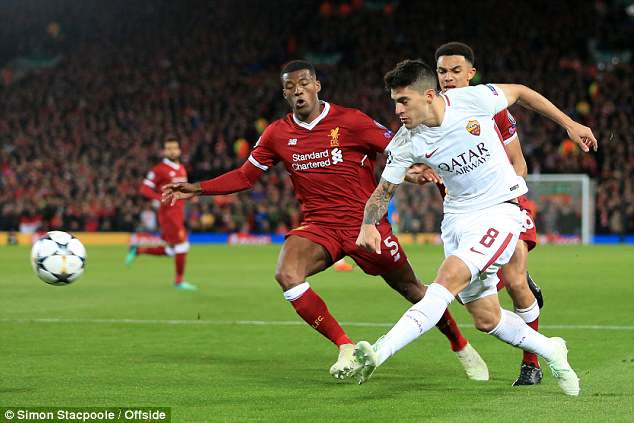 Both will miss Roma’s Serie A fixture at home to Chievo on Saturday afternoon.

They will be assessed over the weekend and be given the opportunity to prove their fitness ahead of the second leg on Wednesday at the Stadio Olimpico.

The task of overturning a three-goal deficit without them in the side will only make matters more difficult yet manager Eusebio Di Francesco is staying positive. 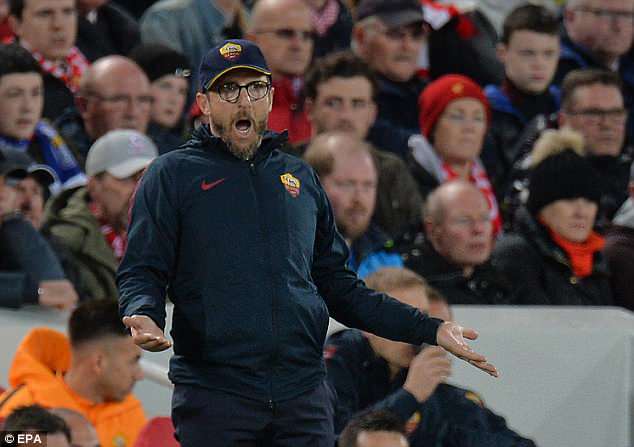 ‘This tie is still alive,’ Di Francesco said. ‘We let in four at the Camp Nou and here we let in five – it could have been even more at one stage.

‘But hope is still there. We don’t need miracles, we just need to believe in what we do against a quality team. Our fans will be behind us, supporting throughout.’