Roma president Jim Pallotta has launched an extraordinary attack on the ‘f****** morons’ whom he believes are tarnishing the name of the club and Italian football in general.

In an explosive, expletive-laden interview posted on Roma’s website, Pallotta criticised those supporters who cause trouble at and around matches. He also labelled Tuesday’s assault on Liverpool fan Sean Cox, which left the 53-year-old in a critical condition, the ‘most disgusting stupidity’.

Two Roma fans have been charged for their part in the incident but there are concerns that worse will follow next week when 5,000 Liverpool supporters head to the Italian capital for the second leg of their Champions League semi-final, which they lead 5-2.

Liverpool have been doing their utmost to safeguard fans’ security after meetings with Roma, UEFA and Italian police but ahead of the game Palotta has launched a withering demolition of the hooligan element associated with the Serie A club.

‘We have a long history at Roma and what’s going on when you have a few stupid people is that they destroy our history and they attack our legacy and I’m tired of it,’ he is quoted as saying in the interview.

‘What I want to talk about is how these games are great but they’re not life and death.

‘What’s going on right now with Sean Cox in Liverpool, that’s life and death and that affects his family.

‘It’s disappointing to me that Rome and AS Roma get blamed for a few individuals who do stupid things. 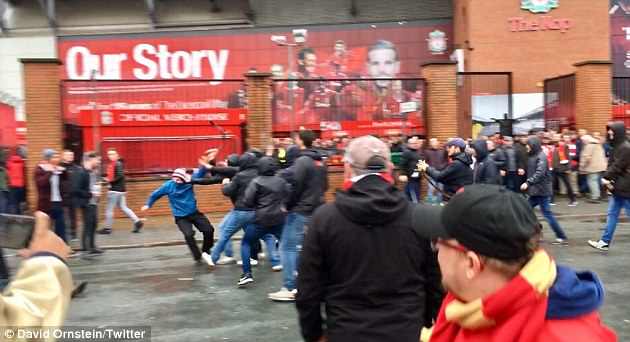 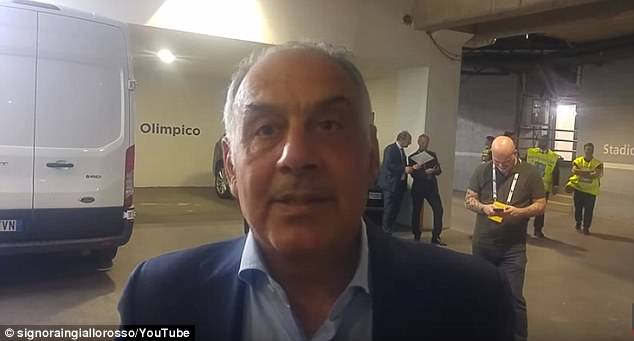 ‘Now, I don’t know the whole story. All I’ve seen is what I saw on the video, like most others, and at least that part of the video with Sean is just the most disgusting stupidity and my prayers are for him and his family.

‘It’s depressing though that all of the other fans at Roma get blamed for something that, going back to that saying that I had about a year and a half ago… a few people wrecking things for everyone else.’

Palotta praised the majority of fans for the support they give and said the efforts of the Stadio Olimpico’s ‘ultras’ were part of their success this season.

‘The only reason we come back and win games like we did against Barcelona (overturning a 4-1 first-leg deficit to win on away goals) is because of the 99.9 per cent of the fans in the Curva Sud (where the ultras congregate) who are great.

‘Then, occasionally, you get a few, normally outside of the game, more than anything else… it’s just absolutely ridiculous.

‘But it’s time now for things to change in Italy and in Rome, because it is just happening too much.’