Romance writer says MeToo made her reevaluate her sex life

A romance novelist has explained how the Me Too movement has made her reevaluate her sex life, by shedding light on what really constitutes consent.

Andie J. Christopher, a USA Today bestselling author based in Washington, D.C., writes romance novels for a living and as such routinely pens scenes based on ‘hot, fun, joyful’ sex.

But in the wake of the Me Too movement, and as the conversation shifted towards the need for affirmative consent, Andie realized that her dating life hasn’t always lived up to fiction, as she detailed in a powerful Cosmopolitan essay.

Message: Romance novelist Andie J. Christopher has explained how the Me Too movement has made her reevaluate her sex life, by shedding light on what really constitutes consent

The writer recounted an encounter with a man identified as Patrick, a pseudonym, who insisted on taking her back to his place despite her refusal, and after she clearly stated she didn’t feel safe leaving with a stranger, especially since he was ‘extremely intoxicated’.

That night, Andie called herself a Lyft and went home safely. But, had she gone home with him, she said she would have had ‘the same sort of sex that “Grace'” detailed in the babe.net article about her encounter with Aziz Ansari or that Kristen Roupenian so poignantly depicted in “Cat Person.”‘

Grace is the woman who spoke anonymously to Babe.net, recounting a date with Aziz as ‘the worst night’ of her life.

In her account, Grace said the comedian pulled her hand to his penis several times, even after she removed it, and ignored her ‘verbal and non-verbal cues’ to stop his advances.

The story of her encounter with Aziz has sparked a conversation about the need for affirmative consent, which can be defined as a ‘knowing, voluntary, and mutual decision among all participants to engage in sexual activity’, as per the State University of New York.

Cat Person, meanwhile, is a fictional short story published in the New Yorker in December last year, which quickly went viral among readers who found it to be a poignant depiction of the perils of modern dating, particularly due to a candid depiction of a bad sexual encounter.

‘I know this because I’ve had that brand of icky, marginally consensual sex before, and I’ve been pondering the relationship between my life experience and the experiences in my books more and more frequently in past months,’ Andie added. 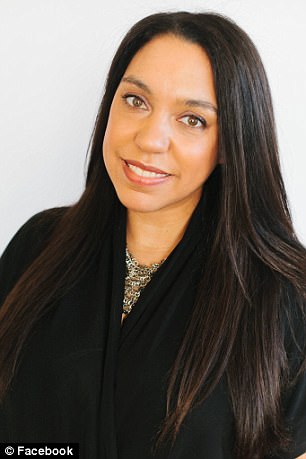 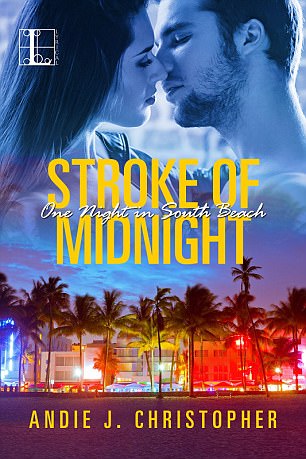 Fiction: The USA Today bestselling author writes romance novels for a living (one of them is pictured right) and as such routinely pens scenes based on ‘hot, fun, joyful’ sex

‘In this #MeToo era, women are becoming more open about sharing experiences that exemplify how our culture marginalizes the needs and wants of women. And it’s making people uncomfortable — including me.’

She then recounted another encounter, involving a man she nicknamed Sean, who came back to her apartment and turned out to be ‘wasted’.

‘By the time he was naked, he had pushed my couch askew and upended my rug. Had he been sober enough, would he have pushed me around with the force he used to rearrange my furniture?’ she wrote.

‘Regardless, in the moment, I was profoundly turned off by his drunken antics. But I let him into my bed and made out with him, hoping that he would fall asleep the entire time.’

Given that he’d shoved all my furniture out of place without a care, who was to say what he’d do to me had I refused?

In her honest essay, Jamie explained that the encounter sill makes her sad years later, and pointed out that fear can sometimes bar someone from saying no.

‘I’m not saying the sex wasn’t consensual, and I’m not saying that I couldn’t have said no. However, in that moment, it was much easier to just give him what he wanted—a hole to stick his d**k into—than to tell him to get the f**k out of my apartment,’ she added.

‘Because, pretending to be asleep hadn’t worked. (Maybe he would have preferred to f**k me while I was asleep?) And, given that he’d shoved all my furniture out of place without a care, who was to say what he’d do to me had I refused? Sometimes fear is reason enough.’

At one point, Jamie wondered whether she was giving her readers unrealistic expectations by depicting constantly fun and consensual sex—but she has now realized this is the only standard she is willing to depict.

‘Now that the full spectrum of sexual violence is at the center of a cultural conversation, I think my self-doubt about my work and how it relates to my life comes down to the fact that the sex that I depict in my books—hot, fun, and joyful sex—isn’t the problem,’ she said. ‘I’m not letting women down with too-high expectations. I’m showing what I wish we, myself included, had been demanding all along.’