Cezar Florea, 29, has been jailed for 16 years for an ‘abhorrent’ attempted rape of a middle-aged woman in Middlesbrough, 2014

A Romanian car washer has been jailed for 16 years for an ‘abhorrent’ attempted rape of a middle-aged woman.

Cezar Florea, 29, fled back to his home country after the horrific attack in Middlesbrough, in 2014.

The victim suffered a broken arm and broken nose during the assault, which only stopped when a passer-by came to her aid.

He was only brought to justice when he was jailed in Romania for a robbery and extradited back to the UK.

In a victim statement, the woman who cannot be identified said: ‘I can still see his face after what he did to me.’

Florea had convictions for robbery dating back to 2006 in Romania, and one, in 2007, for sexual activity with a girl under 16 when he was 18.

By 2014 he was living in Middlesbrough, the court heard.

Florea had visited Britain ‘on and off’ for a number of years, Judge Simon Bourne-Arton Said during sentencing.

The court heard he went out to get drunk and find a prostitute before he preyed on the woman who was walking to work alone at 6am.

After failing to find a sex worker the would-be rapist grabbed the woman, and without saying a word, put his arm over her throat.

He then punched and kicked her repeatedly in a ‘prolonged and sustained’ attack.

Judge Bourne-Arton said: ‘It was, by any standard, cowardly. 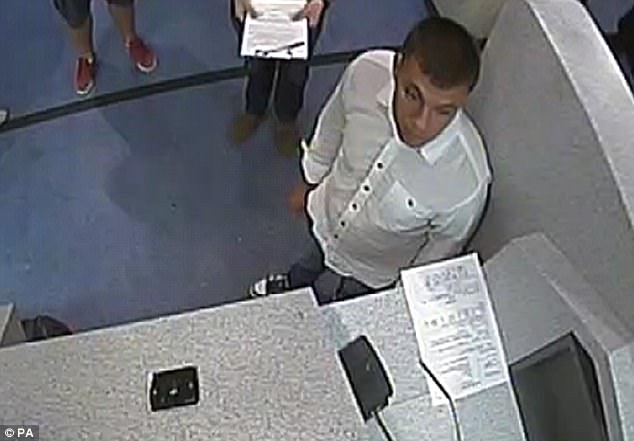 Florea’s victim suffered a broken arm and broken nose during the assault, which only stopped when a passer-by came to her aid. Pictured, Florea in custody

‘You were a fit, strong man taking advantage of a vulnerable middle-aged woman.’

The judge said he would have raped his victim had a man not stepped in to save her, and called for the rescuer to receive a £250 reward.

Florea fled Middlesbrough and turned up in London, but police said they had no idea how he then got back to Romania.

They used a social media campaign to try to trace him after identifying him from CCTV, and were about to bring him back to the UK when he committed another robbery in Romania.

After serving a jail sentence there, he was extradited to the UK. 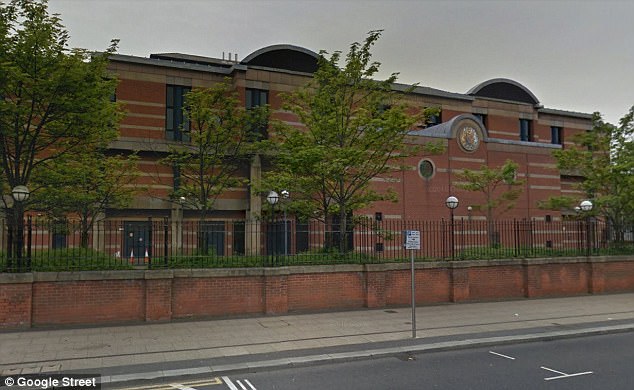 Florea apologised to his victim and blamed the attack on being drunk, as he was sentenced to 16 years in prison at Teesside crown court (pictured)

Judge Bourne-Arton said he must serve 16 years behind bars, with a further six years on extended licence.

He said: ‘She was, before you attacked her, a fun-loving, normal, every day middle-aged woman, as a result of what you did to her, her life has changed.’

The judge added that her psychological injuries were ‘catastrophic’.

Robert Mochrie, defending, said Florea accepted what he did was ‘an abhorrent act’ and he will have to live with that, like his victim, for the rest of his life.

Florea, appearing via videolink, wanted to apologise to his victim, who was not in court, Mr Mochrie said.

He said: ‘Cezar Florea accepts he was heavily intoxicated that morning and no doubt he would not have acted in the manner that he did had he been sober.’