Romelu Lukaku has called on UEFA to act against racism after he received abusive chants in Inter Milan’s 3-1 victory against Slavia Prague on Wednesday.

The former Manchester United striker pointed to the crowd at spectators after scoring a goal which was eventually disallowed by VAR.

Lukaku was not happy with the treatment he received and revealed it was not a minority.

‘The whole stadium did it,’ the Inter striker told Esporte Interativo.

‘I said it last time when I was with the national team.

‘UEFA now has to do something about it, because things like this in stadiums is not right.

‘Today it happened twice with me and that is not right with people. We are in 2019, there are many players with many different nationalities in their teams.

‘When there are people that for me are bad, at the stadium, that’s not a good example for the kids.

‘I hope that UEFA now do something about it, because the whole stadium did it when Lautaro [Martinez] scored the first goal, and that’s not good for the people watching this game.’

Lukaku added a third after Martinez scored twice to put the game beyond Prague. 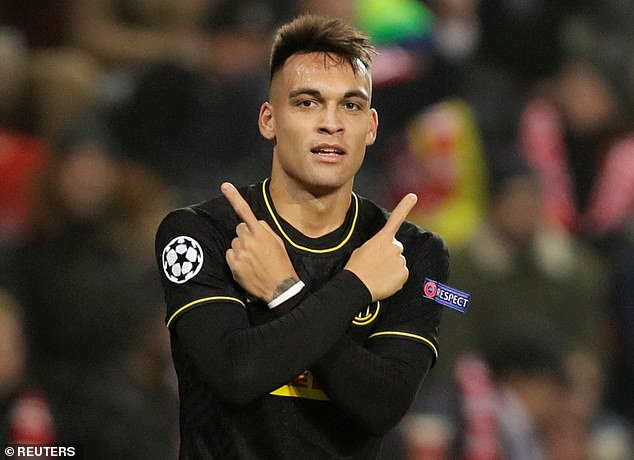