‘I have no difficulties with Messi’: Ronald Koeman REJECTS Quique Setien’s view that the Barcelona superstar is ‘tough to manage’

Ronald Koeman has dismissed Quique Setien’s comments about Lionel Messi by insisting that he has ‘no difficulties’ in working with the Barcelona superstar and can ‘see his winning character’.

Koeman’s predecessor Setien said Messi was ‘difficult to manage’ last week before new details of their spectacular fall-out were revealed.

According to reports in Spain, Setien, who was sacked after their humiliating 8-2 Champions League defeat against Bayern Munich last term, told Messi: ‘If you don’t like what I said, you know where the door is,’ after he criticised his tactics following a draw against Celtic Vigo back in June. 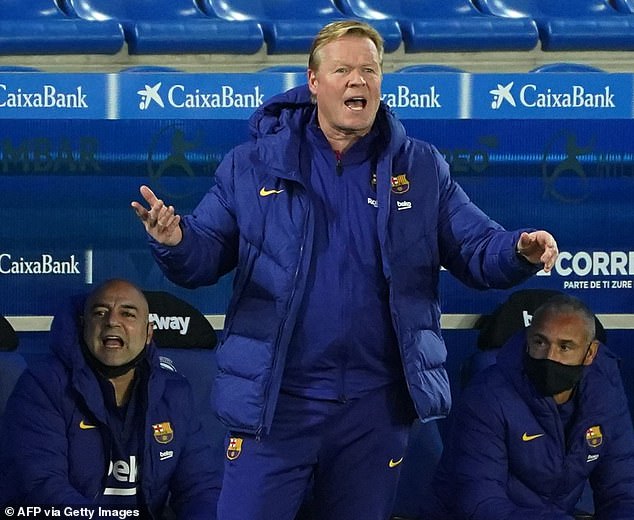 Despite Messi’s very public transfer saga in the summer and his slow start under Koeman, the new Barcelona boss has insisted he has not had any problems with his captain.

‘I respect all opinions. For me Leo is the best player in the world, I am seeing his ambition and winning character,’ Koeman said ahead of Wednesday night’s Champions League clash with Dynamo Kiev.

‘I have no difficulties to lead [him]. He is the captain and I talk to him every week. I see things differently from Setien and I do not agree [with his opinion].’

Despite Koeman’s reign being in its infancy, the Dutchman already finds himself under some pressure after the club equalled their worst start to a LaLiga season with just eight points from six games – and following the resignation of president Josep Maria Bartomeu.

Koeman said his side are trying to play in a positive way and does not pay too much attention to external noise about his long-term future. 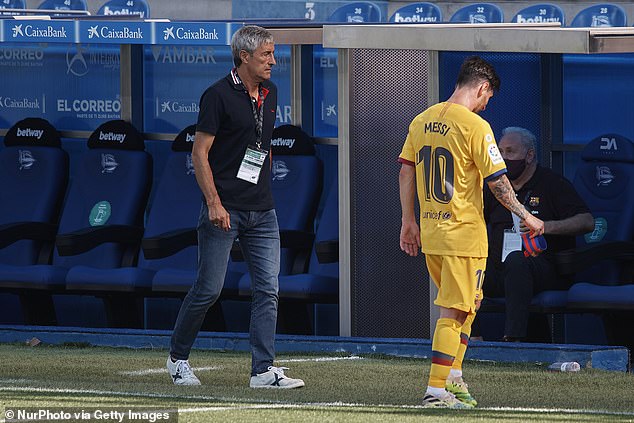 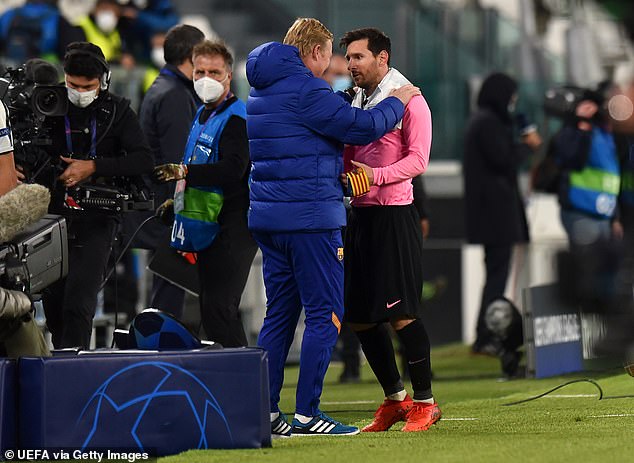 ‘My future at Barcelona is not the most important thing. You have to live day by day and try to win the games,’ he added.

‘We ask for peace of mind and time because we are changing a lot of things. In La LIga we have been good, but we have not gotten good results. In the rest I have no influence. I will do my best to stay a long time.

‘We are the team that creates the most chances per game. The image we are showing is positive and we will continue on this path although we know that in LaLiga you have to win more games.’

Barcelona’s attentions will turn back to the Champions League on Wednesday night as they face Dynamo Kiev in their third group game.