They were calling Lionel Messi’s demolition of Lyon his ‘answer to Cristiano Ronaldo’ in Barcelona on Thursday. It was more of the old ‘anything you can do I can do better’ that the two kept up during nine years of rivalry in Spain.

But Messi’s more literal answer to Ronaldo came after the game when he was asked what he thought of his performance against Atletico and he said: ‘I thought that what happened with Cristiano and Juventus was incredible. Juventus overwhelmed them and Cristiano had a magical night.’

Barcelona coach Ernesto Valverde was asked in his press conference if it would be fitting if the two were to meet again in the Champions League this season. 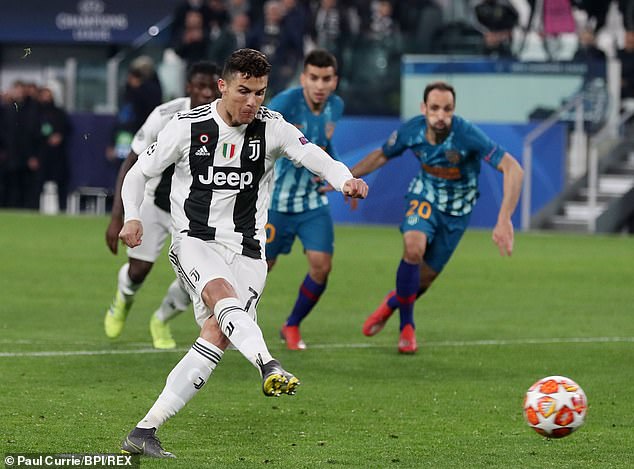 Desperate not to lean towards wanting, or not wanting, any one team in particular in Friday’s draw, he still couldn’t stop himself saying that it would be an ‘extraordinary’ game. Even more so if it were the final.

We never got that Ronaldo vs Messi winner-takes-all when they played for La Liga’s biggest two teams but it would be some climax to this season’s competition.

The two swapping red and blue, and black and white, shirts in the centre-circle at the Metropolitano would be an image for the ages – one to rival the Bobby Moore Pele embrace.

For the neutrals La Liga hasn’t missed Ronaldo this year because Madrid’s collapse without him has been fascinating to watch.

Real Madrid supporters have missed the goals – they scored 94 last term, with 11 games left they have scored just 47. They will never top last season’s haul now, not without the player who scored 450 goals in his 438 games for them in nine years.

Messi has missed him too. This seasons’s ‘Pichichi’ award for the top goalscorer in La Liga will be a walkover with no-one anywhere near his 26 goals – Luis Suarez with 17 is closest. For someone not in Messi’s side you have to look to Christhian Stuani who has scored 10 fewer. 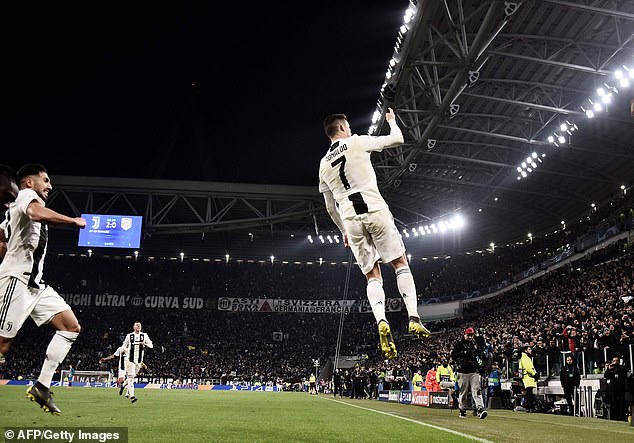 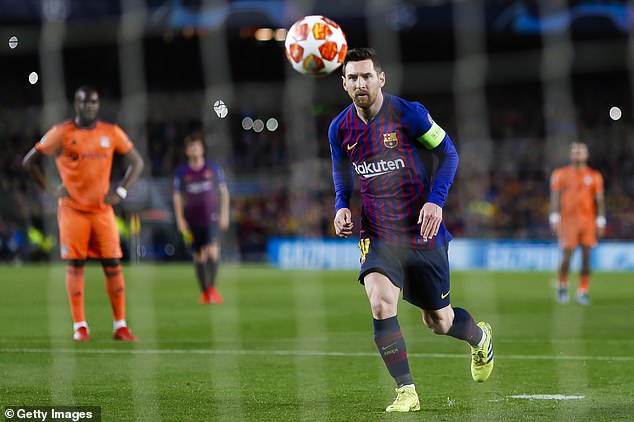 ‘I thought that what happened with Cristiano and Juventus was incredible,’ Messi said

Messi’s respectful words for Ronaldo’s performance against Atletico on Wednesday night were perhaps a reflection of that fondness for their past rivalry – not that there was always harmony between them.

It became the stuff of urban Spanish football legend that Ronaldo’s entourage – not the man himself but those around him – used to refer to Messi as the ‘enano’ (the dwarf). They would never actually use his name as if it was capable of invoking negativity around their man.

Messi never seemed to have the same animosity towards Ronaldo. But there was bewilderment at his ‘Siiiiiiiiiiii!’ Balond d’Or celebration that left Thierry Henry – who had awarded the prize – stunned and temporarily a little deaf in one ear in January 2015.

Behind that ostentatious celebration – as Messi would find out over the next three years – was Ronaldo’s burning desire to close the Balon d’Or gap. 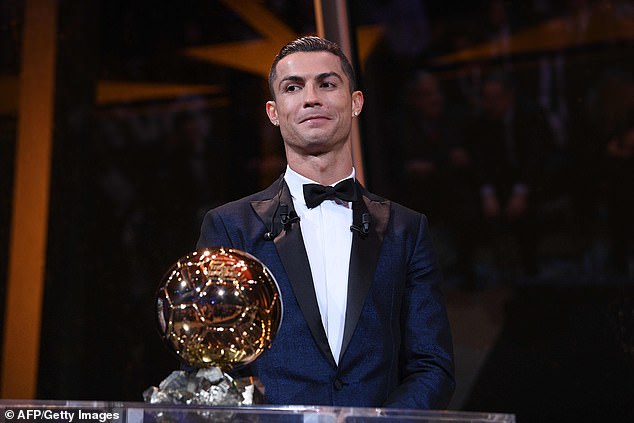 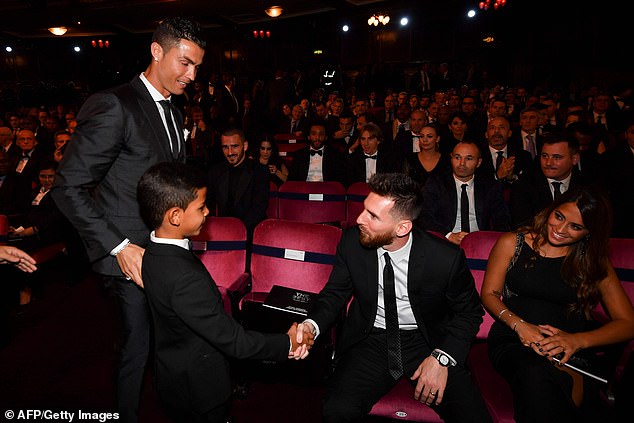 The Balon d’Or table stood at Messi 4 Ronaldo 3. The intention to close the gap suffered a set-back the following year because Messi regained the crown but Ronaldo won it in both 2017 and 2018.

Such things once never mattered a great deal to the Argentine but he didn’t like being drawn level with, not in terms of Golden Balls nor in terms of Champions Leagues. He has young sons now who want to see him on the podium and not Ronaldo.

It was Ronaldo’s young son, Cristiano Jnr, at that Balon d’Or ceremony who helped break the ice between the two when he approached Messi.

Ronaldo admitted: ‘We watch videos of all the players and he talks about you.’

Ronaldo and Messi have both fatherhood and run-ins with the Spanish tax authorities now. And they are also facing the final seasons of their career, neither with the slightest inkling towards lucrative moves away from top European football.

Messi began the year by telling the Camp Nou, microphone in hand, ‘We want to bring ‘this beautiful cup comes back to the Camp Nou’.

Ronaldo, meanwhile, told DAZN last week: ‘The Italian league is more difficult to score in than the Spanish. The Spanish league is more open and the teams take more risks.’ 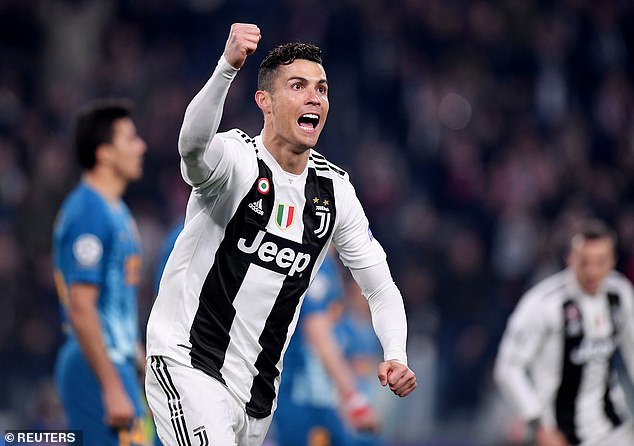 In all competitions this season Ronaldo has 24 goals – only two more than Karim Benzema.

Part of that may be down to the way Benzema is no longer beside him. For nine years Real Madrid was designed to be the perfect vehicle for Ronaldo’s scoring prowess. It was never going to be quite the same elsewhere.

Messi’s goals and assists this season have not dropped but he has started given the ball away more than ever before. In Barcelona’s last league game, against Rayo Vallecano he lost possession 31 times and played 14 passes that never found their target.

Neither Ronaldo nor Messi are what they were five years ago but their ability to totally control the destiny of their sides in the really big encounters remains. And with both their clubs clear in their leagues they will be able to rest in league games and concentrate their powers on the big European prize.

It’s 10 years since they began their struggle for supremacy in Spain. A decade later they are still the best two players in the world. Maybe there is one more titanic European battle to be had between them – what has already been a brilliant Champions League season would be all the better for it happening.