Ronan Farrow has suggested that innocent men could become ‘casualties’ of false sexual assault allegations in the wake of the Harvey Weinstein scandal.

Speaking at a lunch on Wednesday for the Silurian Society, an association of veteran journalists, at the National Arts Club in New York, he explained that with the MeToo movement there was a risk of the ‘pendulum swinging too far’ during a moment of what he called ‘white hot anguish’.

Farrow argued that even if this did happen then the Weinstein scandal, which he helped to break in his reporting for the New Yorker, was a ‘net benefit’ to society.

He also admitted that his own background – his sister Dylan accused their father Woody Allen of abusing her – gave him an understanding of ‘some but not all’ of what Weinstein’s accusers went through.

Speaking at a lunch for the Silurian Society on Wednesday, Ronan Farrow weighed in on the MeToo campaign and suggested innocent men could become ‘casualties’ of false sexual assault allegations in the wake of the Harvey Weinstein scandal

Since the Weinstein scandal began to unfold in October dozens of high profile men from the worlds of politics, entertainment and sports have been accused of sexual behavior ranging from inappropriate touching to serial rape.

Among those who have been accused have been TV hosts Matt Lauer and Charlie Rose, comedian Louis C.K. and hip hop mogul Russell Simmons.

At a speech and question and answer session, Farrow was asked if the MeToo movement had ‘gone too far’ with the example of Leonard Lopate, a host of New York public radio station WNYC, who has been suspended for allegedly inappropriate behavior.

Lopate has said that the only thing he can think of during his 30-year career with the station is that he once used the word ‘testicle’ in a colleague’s presence, though internal investigation is ongoing.

Farrow said: ‘In principle, absolutely that’s a risk we should be conscious of.

‘My feeling is there were decades of silence on this issue and we are now witnessing a moment of white hot anguish as all of that pours out into the public space.

‘And of course there will be casualties in the process in terms of the caution with which we proceed with each and every allegation that’s emerging. 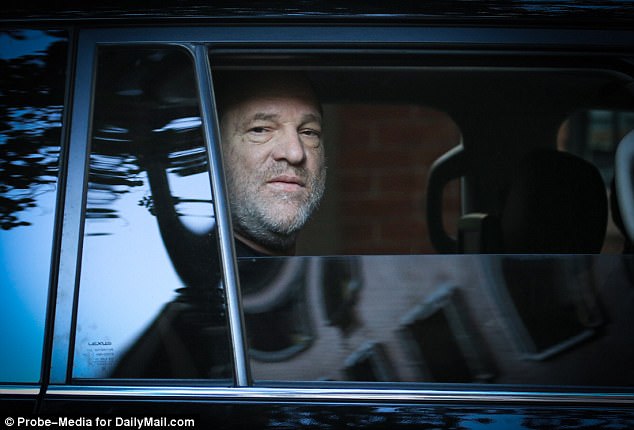 Farrow published an expose on the sexual allegations against Harvey Weinstein in the New Yorker in October. He told the crowd his own experiences with his father Woody Allen, gave him particular insight into what the accusers were going through 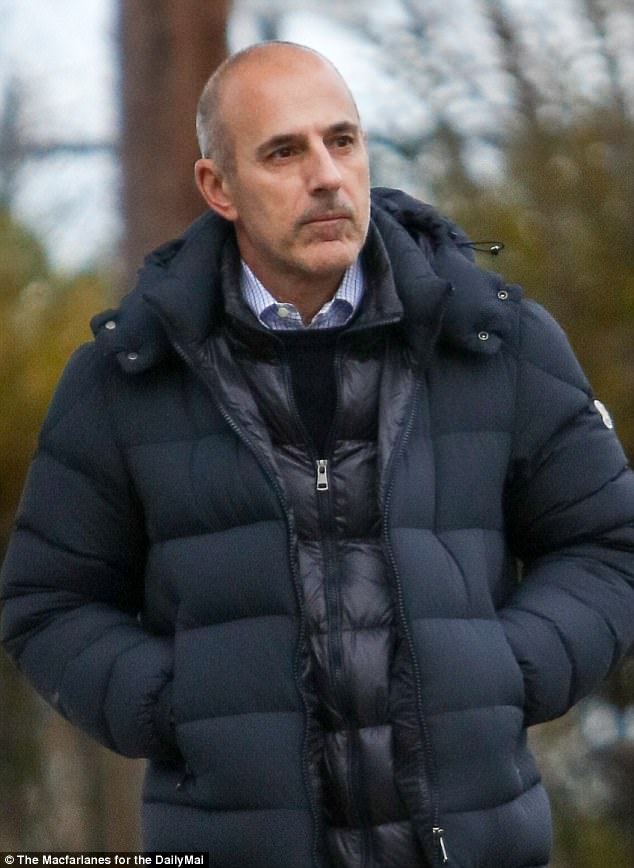 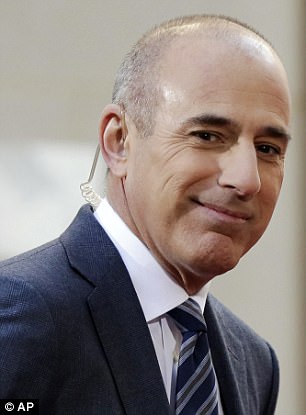 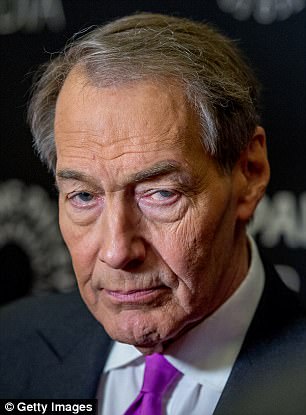 Dozens of high profile men from the worlds of politics, entertainment, including NBC’s Matt Lauer and PBS’s Charlie Rose have been accused of sexual behavior

‘In a perfect world everyone involved from the press is careful enough to suss out how serious each potential charge is and exercise caution where it is needed, but there’s no way of guaranteeing that.

‘My feeling is that this is a net benefit to society and that all of the people, men, and women, pouring forward and saying me too deserve this moment, and I think you’re right to say that we all have to be conscious of the risk of the pendulum swinging too far, but in general this is a very positive step of developments. 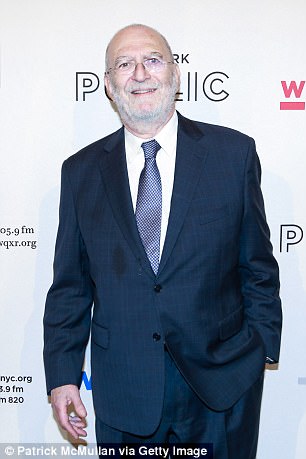 ‘I also feel really confident that as with so many moments of seismic change we will reach an equilibrium eventually. I think that this is a moment of turmoil and chaos culturally and it will pass’.

Farrow’s comments address an attack which has been made on the MeToo movement, that none of the allegations have been proven in a criminal court, even if their behavior is despicable.

Although, in the case of Weinstein, there is little doubt that he was a serial predator.

But some of Al Franken’s Democratic colleagues have pushed back against his resignation from the Senate, saying that due process should have been played out after the allegations – which he denies – of groping and kissing women without their consent. His resignation, effective January 2, means the Senate’s Ethics Committee will not consider his case.

She wrote: ‘If some innocent men’s reputations have to take a hit in the process of undoing the patriarchy, that is a price I am absolutely willing to pay’. 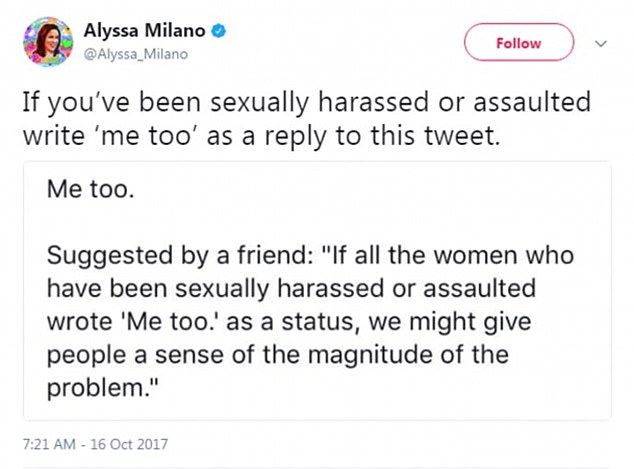 Farrow’s comments address an attack which has been made on the MeToo movement, that none of the allegations have been proven in a criminal court, even if their behavior is despicable. 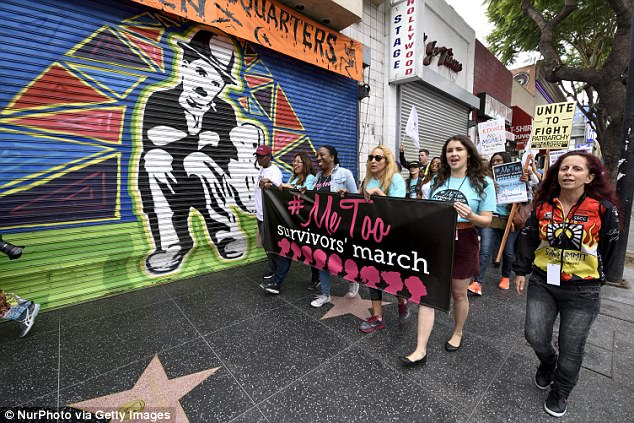 Thousands of women have chimed in on the MeToo movement, sharing their own personal experiences with sexual assault 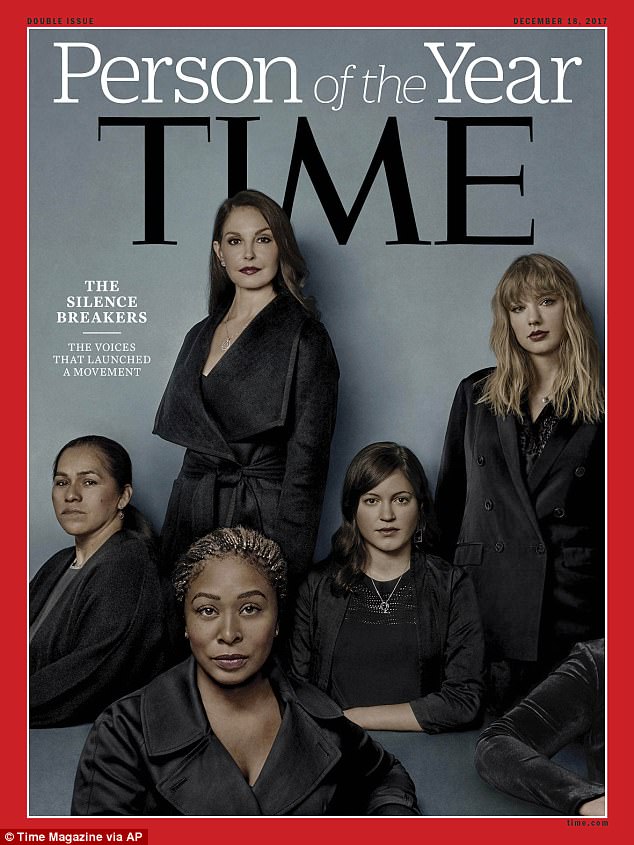 Director and actress Lena Dunham has also tweeted that women don’t lie about rape, though she later defended a writer she knew who was accused of exactly that.

Farrow was asked about why NBC declined to pursue the Weinstein story even though he was a correspondent there – he then took it to the New Yorker – but he twice he declined to answer.

He also declined to say if NBC’s decision had anything to do with its investigation into Lauer which resulted in the Today host being sacked for sexual misconduct, saying that he wanted stories to be about victims.

Farrow said: ‘I really do feel very committed to the women who came forward and they deserve a moment when the narrative is about them.’

Asked about his personal life Farrow, 30, said that dealing with his father had given him a particular insight into what the accusers were going through.

Farrow said: ‘Having confronted sexual assault in my own family which is a long and painful process for any family to deal with gave me an understand of some ability to fathom how difficult it was for some of the sources to speak.

‘I would hope that gave me a level of sensitivity of many months of working with sources who were in a very difficult place’.

His sister Dylan alleged in an article for the New York Times that Allen, the director, abused her when she was a child.

Allen has strongly denied it and said she had been poisoned against him by her mother.

Allen is currently married to Soon-Yi Previn, the daughter he and Mia Farrow adopted when she was 19 despite a massive age gap.