Dean singled home a run in the fourth inning and hit his fourth homer in the sixth, raising the rookie’s average to .219 in 96 at-bats. He was chosen the Marlins’ minor league player of the year earlier this week.

Jose Urena (8-12) pitched 5 2/3 scoreless innings in the battle of last-place teams to win his fourth start in a row. He was visited by a trainer with two out in the sixth and then gave up consecutive singles and departed. The Marlins made no announcement during the game regarding any injury.

In his past six outings, Urena has an ERA of 1.85, lowering his ERA for the season to 4.07. Drew Steckenrider came on to get the final out and strand two runners for his fifth save.

Rookie pinch hitter Gabriel Guerrero hit his first career homer in the eighth for the Reds, who fell to 8-24 on the road since mid-July.

DeSclafani committed a pair of errors in the fourth, which led to two unearned runs. It could have been a 1-2-3 inning, but he mishandled a dribbler by J.T. Realmuto, and Lewis Brinson and Dean delivered two-out RBI singles.

Slumping Miami rookie Brian Anderson singled in the sixth for his first RBI in nine games.

The crowd of 12,559 was the Marlins’ largest at home this month.

Marlins second baseman Starlin Castro made a diving catch of Scooter Gennett’s two-out liner to rob him of an RBI hit in the sixth.

Miami improved to 4-2 against Cincinnati in 2018 and won the season series for the fourth consecutive year.

Reds: SS Jose Peraza was back in the lineup after missing Friday’s game due to illness.

The Marlins play their home finale Sunday when RHP Trevor Richards (3-9, 4.95) pitches against Cincinnati RHP Michael Lorenzen (3-1, 3.03), who will make his second consecutive start after beginning the season with 42 relief appearances. 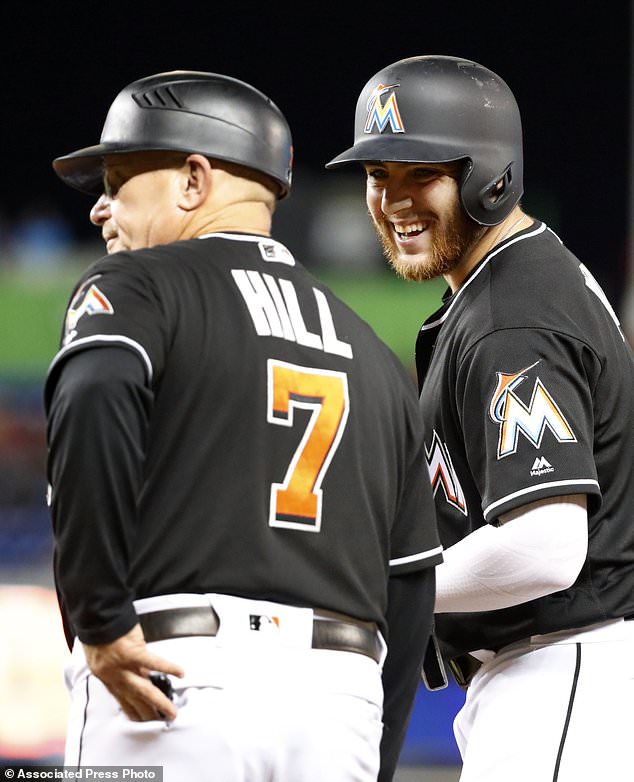 Miami Marlins’ Austin Dean, right, celebrates with first base coach Perry Hill (7) after getting a base hit scoring Brian Anderson during the fourth inning of a baseball game against the Cincinnati Reds, Saturday, Sept. 22, 2018, in Miami. (AP Photo/Wilfredo Lee) 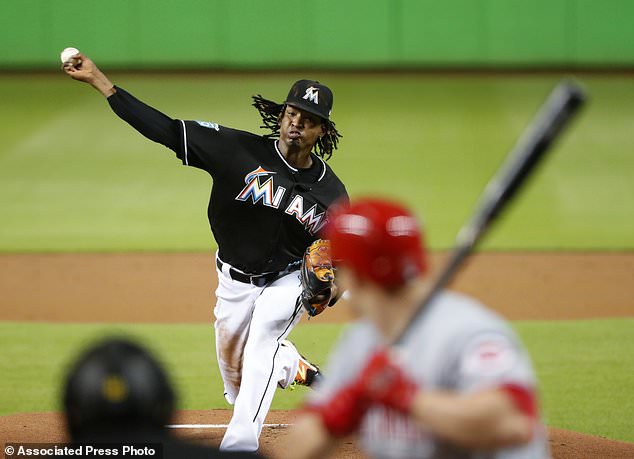 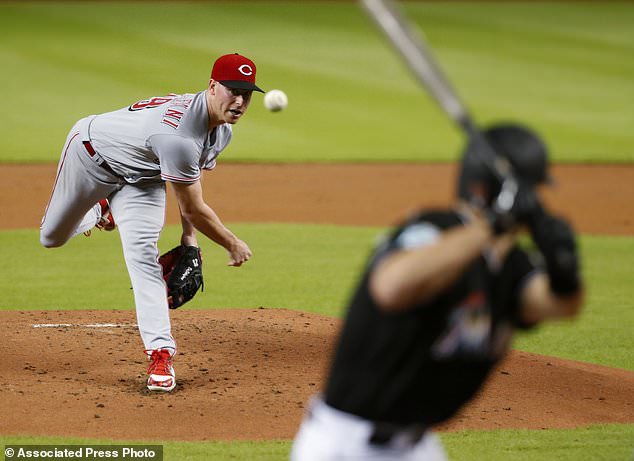