Rory McIlroy says he was ‘wrong’ to be ‘so sceptical’ about the Olympic Games and that he is enjoying the competition after moving into contention for a medal in Japan.

McIlroy – who is representing Team Ireland – carded a third-round 67 at Kasumigaseki Country Club to move inside the top-five and push for an Olympic medal.

The four-time major champion says he is happy to be ‘proven wrong’ about the Olympics and says it would be ‘pretty cool’ to pick up some silverware after moving within three strokes of 54-hole leader Xander Schauffele.

Speaking after his impressive third round performance, McIlroy admitted: ‘I need to give things a chance.

‘I was speaking to my wife last night and saying maybe I shouldn’t be so sceptical. But I think I need to do a better job of just giving things a chance, experiencing things, not writing them off at first glance.

‘As you get closer to that finishing line you start thinking about it [a medal] a little bit more.

‘Last week, an Olympic medal, well I didn’t really know what that would mean to me, and now that you got a chance to do it it’s like, geez, that would be pretty cool.’ 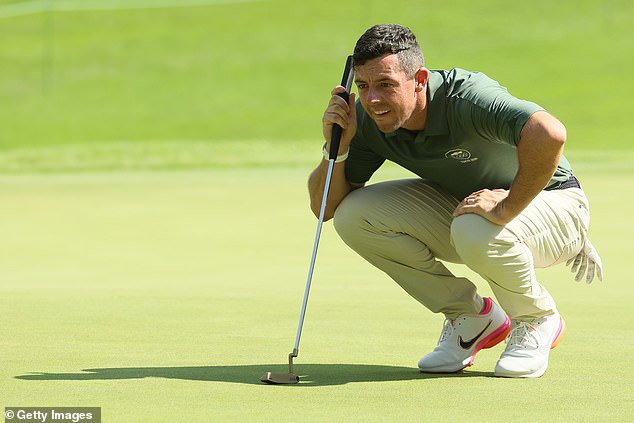 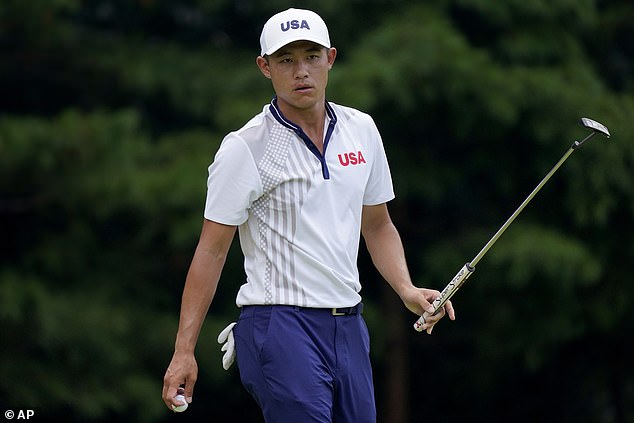 McIlroy moved into medal contention after three birdies in a four-hole stretch from the fifth before adding another at the 13th.

He also cancelled out a three-putt bogey at the 16th. Speaking of his performance, McIlroy said: ‘I got to four under after 13 and thought I could maybe squeeze an extra couple of shots out of the round.

‘Not birdieing 14 was disappointing, but then I bounced back well after the bogey on 16 with a birdie on 17 and overall a good round of golf and it keeps me there in contention.

‘You don’t want to look at it [leaderboards] too much but I think this week it’s like top three or nothing, right? You’re taking peeks and glances at it and seeing how far off the pace you are.

‘There’s still 18 holes is a lot of golf still and a lot can happen. I need to go play a good round of golf tomorrow and see how it all unfolds.’

Lowry believes he and McIlroy have a ‘great chance’ of bring some silverware home to Ireland. 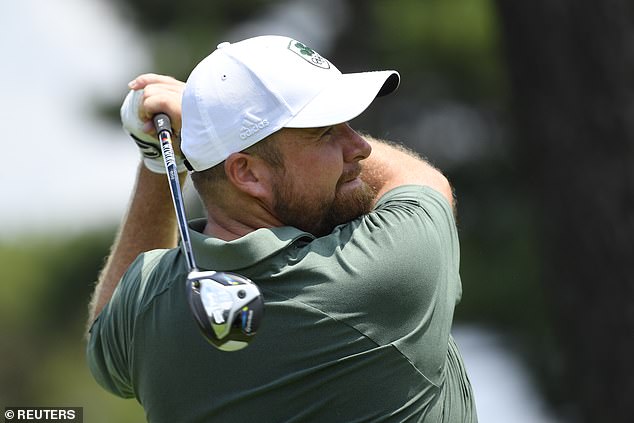 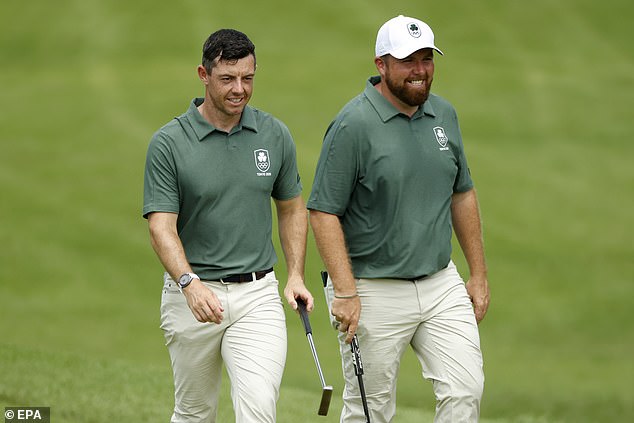 He said: ‘It’s nice to see a couple of medals come back to Ireland,’ Lowry said. ‘Obviously it would be nice to get a couple more.

‘Myself and Rory [McIlroy] have a great chance to do something. It would be great to see two of us on the podium.

‘I think that’s something that we obviously will talk about over dinner tonight and we’ll go out tomorrow and give it our best.

‘It’s a huge opportunity for me to do something very special for Irish golf and Irish sport I think.

‘We’re there going into tomorrow and we’re both very excited. As the week’s gone on, the more excited about the Olympics he [McIlroy] is getting and the more it means to him.

‘I’m sure he’s going to go out there all guns blazing tomorrow and try to win a medal and I’ll do the same.’