Rory McIlroy has emphatically insisted he will not join the Super Golf League as he claimed he ‘would not tarnish his reputation for Saudi millions’.

The proposed lucrative Saudi-led project has pursued the world’s top golfers in an attempt to lure them away from the PGA Tour with mega-money deals.

But the breakaway organisation has been unsuccessful in enticing the Northern Irishman, who has previously made his stance on the proposal clear and branded it a ‘not so super league’.

McIlroy, who is in the top five of the world rankings for the first time in two years, claimed it is telling that the top players have declined and insisted money is not going to change his life.

‘Look, I’ve lived it – for the top guys, all that money really isn’t going to change their life,’ McIlroy said ahead of this week’s Genesis Invitational in Los Angeles.

‘I’m in a way better financial position than I was a decade ago and my life is no different. I still use the same three, four rooms in my house.

‘I just don’t see the value in tarnishing a reputation for extra millions. 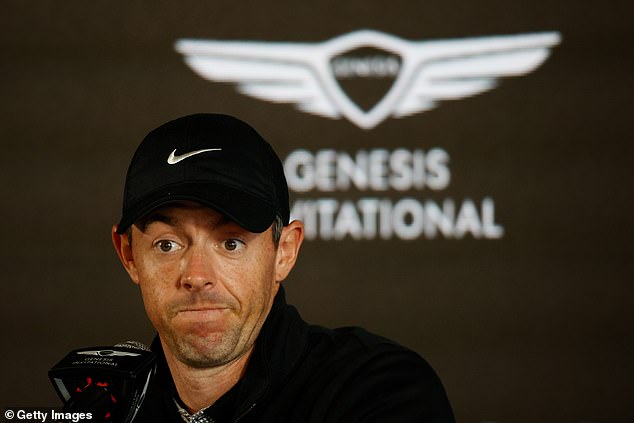 ‘I don’t know if I’m curious, but – yeah, look, I guess I’m intrigued who would – certainly for the younger guys, like it just seems a massive risk.

‘I can maybe make sense of it for the guys that are getting to the latter stages of their career, for sure. I don’t think that’s what a rival golf league is really – that’s not what they’re going to want, is it?

‘They don’t want some sort of league that’s like a pre-Champions Tour.’

McIlroy added: ‘I understand the financial part of it for guys that are later on in their career.

‘You look at the people that have already said no, Rahm, No. 1 in the world, Collin Morikawa, myself.

‘Like you’ve got the top players in the world are saying no, so that has to tell you something.’

The World No 5 was joined by No 1 Jon Rahm and No 2 Collin Morikawa this week in declaring they will not leave the PGA Tour. 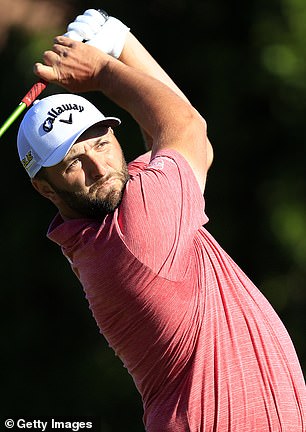 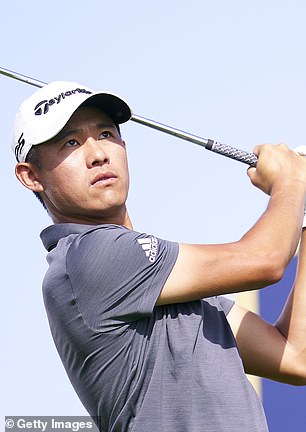 The Spaniard declared his allegiance to the Tour as he said: ‘I wanted to take the time to say, this is my official, one and only time I’ll talk about this … I’m declaring my fealty to the PGA Tour.’

Rahm added: ‘I know there’s been a lot of talk with the Saudi league; this is something I don’t believe is the best for me and the future of golf, and I think the best legacy I can accomplish is with the PGA.’

However, protests and rejections from within the world’s top five have not deterred the Saudi-funded league. 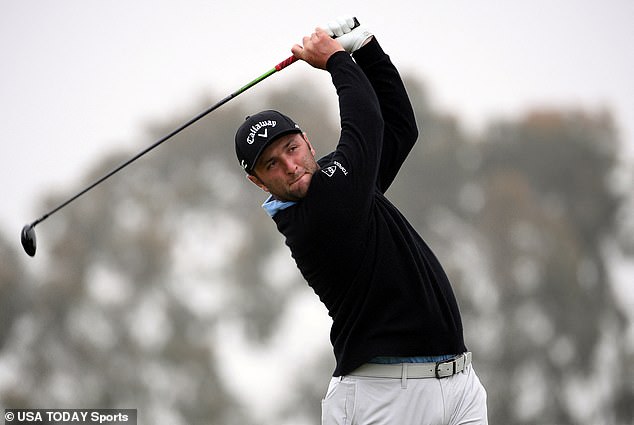 The US Open Champion declared allegiance to the PGA Tour, insisting that is where his best legacy lies

They have reportedly contacted ‘pretty much every player in the top 100’ and 17 PGA Tour professionals are said to have already signed on the dotted line, according to player Kramer Hickok.

The latest star to reveal he is in talks to join the SGL is former World No 1 Adam Scott, who insisted it is a positive development for tour professionals.

The 2013 Masters Champion suggested he has been enticed by the ‘appealing schedule’ after he confirmed he is in talks to join the league but joked he is ‘sworn to secrecy’. 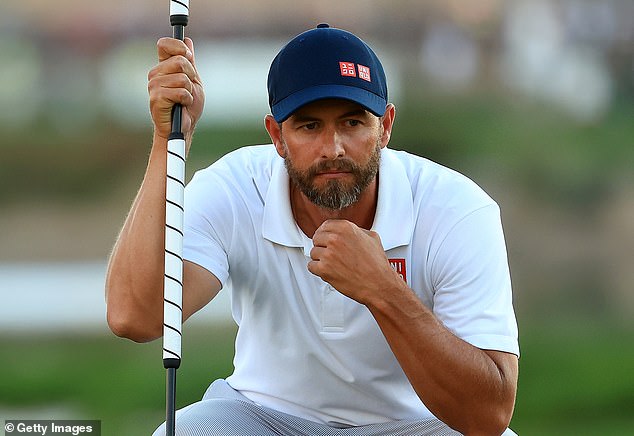 ‘I think that the schedule they’re proposing is very appealing to probably most golfers, I would think, depending what your goals are in golf,’ the 41-year-old said.

‘Yes [I have had discussions with them] but like everyone else, we’re sworn to secrecy.

‘I think you can argue both sides of lots of things but, at the end of the day, I think my general feeling on this, at the moment, is that it is only a positive thing for professional golfers that there is interest and money coming into the sport. 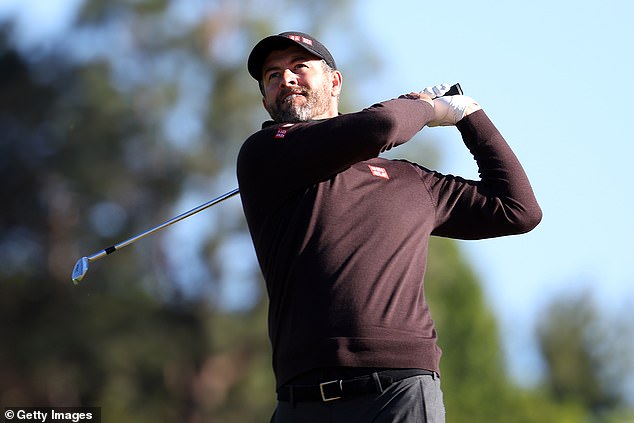 ‘It also somewhat forces the PGA Tour to put money into the professional golfers.

‘How everything else pans out, I don’t know but I think it’s good that these things are happening for golf professionals.’

Scott has previously expressed his grievances with the PGA Tour’s schedule, preferring to have an offseason spent at home, and has never competed in more than 23 worldwide events since 2010.

He played just seven times on tour in 2020, opting to stay in Australia rather than the PGA Tour Covid-bubble. 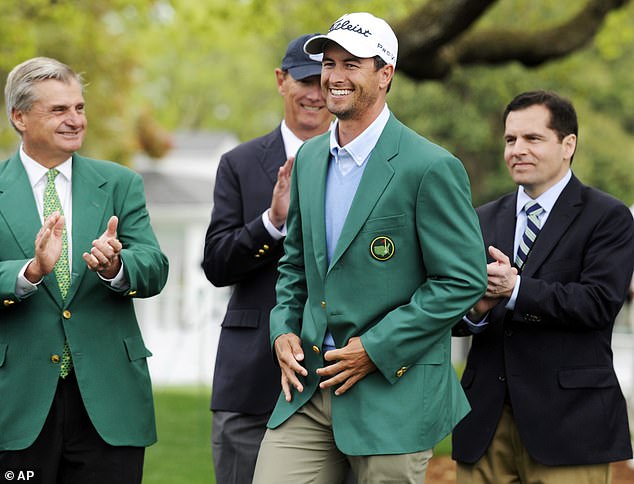 Scott, who won the Masters in 2013 (pictured) has complained about the PGA Tour’s schedule

‘When there’s only a proposed 14 events, let’s say, and you might pick to play some other events, there seems to be time for a legitimate offseason,’ Scott said.

‘I think that’s really missed on the PGA Tour from all aspects, but certainly from the top players.

‘I think we would all like to see a break, and a break where you’re not penalised for taking a break. I think that’s one of the big things.’

The Australian’s comments suggest he has signed some sort of non-disclosure agreement – as a number of the Tour’s elite have hinted.

Lee Westwood said at last month’s Saudi International that he had signed an NDA that prevents him from discussing the issue and the specifics of negotiations, while former World No 1, Dustin Johnson, has also hinted he has one in place. 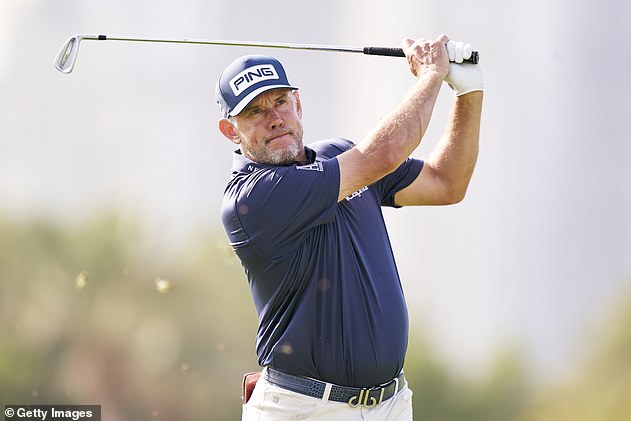 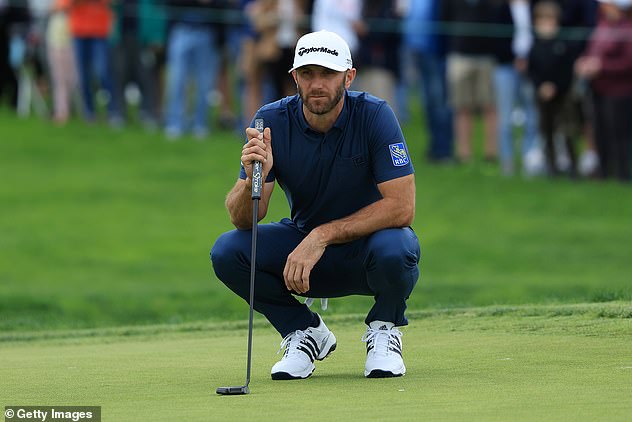 The most outspoken on the issue is veteran leftie Phil Mickelson, who hit out at the PGA Tour, accusing their ‘obnoxious greed’ of leading professionals to ‘look at opportunities elsewhere.’

Bryson DeChambeau has been offered a staggering fee, which has recently risen to upwards of £170million according to reports, to be the face of the Saudi golf revolution.

And, while the American has denied claims he has already defected to the SGL, speculation has only continued to grow.

He was thrust into the Saudi limelight again this week after legendary golf coach, Jim McClean, via Golf Monthly, reported: ‘Source is saying Bryson DeChambeau is moving to the Saudi Golf League.’ 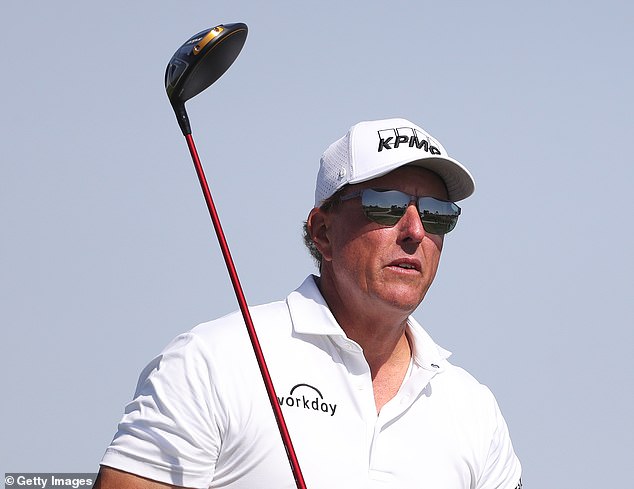 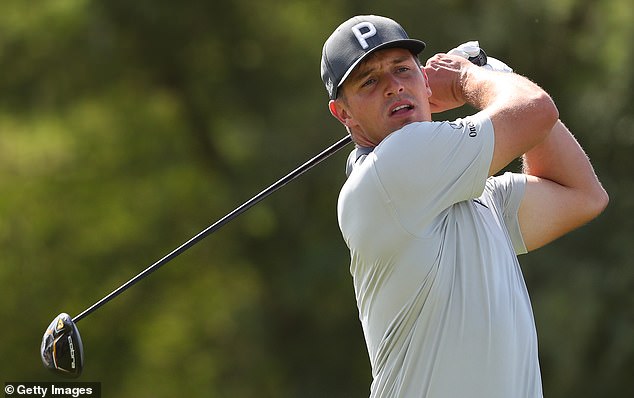 The Genesis International is hosted by Tiger Woods and his charitable foundation, with the former World No 1 still recovering from the horrendous leg injuries sustained in a car crash during the week of this event last year.

This week the 46-year-old admitted he is still a long way from returning to the sport but insisted he will play on the tour again one day.

Scott is a two-time winner of the event, while McIlroy will be hoping to bounce back from disappointment in Dubai after a watery grave on the 72nd hole cost him a spot in the play-off, which Viktor Hovland ultimately won.

What is the Asian Tour?

It’s the principal men’s professional golf tour in Asia, which is now looking to use its Saudi-backed riches to challenge the two most established competitions: the PGA Tour and the DP World Tour. The Saudis are also looking to start a global circuit for the elite, known as the Super Golf League, poaching stars with eye-watering offers.

What is the PGA Tour?

It’s the flagship professional golf tour where players compete in events mostly in the United States and North America. The biggest tournaments, the biggest players, the biggest prize money. The best player on tour wins the FedEx Cup.

What is the DP World Tour?

The new name of the European Tour, which was the main professional golf tour in Europe but long seen as secondary to the PGA Tour. Hence the rebrand. Players compete across lots of different countries, including Japan, South Africa and Belgium — for more money than before. The best player over the season wins the Race to Dubai.

Can players compete in more than one tour?

Yes. Many do, such as Rory McIlroy. To do so, players must participate in four DP Tour events over the season. That does not include the four majors, as they are combined events of both the PGA Tour and DP World Tour.