Feels good to be home! Rose Byrne strips down to a bikini as she soaks up the sun at Sydney’s Bondi Beach with shirtless partner Bobby Cannavale

She recently returned to her hometown of Sydney to film scenes for Peter Rabbit 2.

And Rose Byrne enjoyed a day off on Thursday when she went for a swim at Bondi Beach with her partner Bobby Cannavale.

The Australian actress, 39, wore a simple black bikini as she soaked up the sun during the scorching heatwave.

Feels good to be home! Rose Byrne stripped down to a bikini while soaking up the sun at Sydney’s Bondi Beach on Thursday

The Bad Neighbours star looked every inch the beach babe in her simple two-piece, which featured high-waisted bottoms and a simple triangle top.

Scraping her platinum-blonde tresses up into a tousled topknot, she went make-up free for the relaxed beachside outing.

Rose later covered up in an understated chambray shirt and frayed denim shorts as she left the beach, carrying her white trainers in her hand.

Meanwhile, Bobby, 48, showed off his muscular physique in a pair of black and red printed swimming shorts. 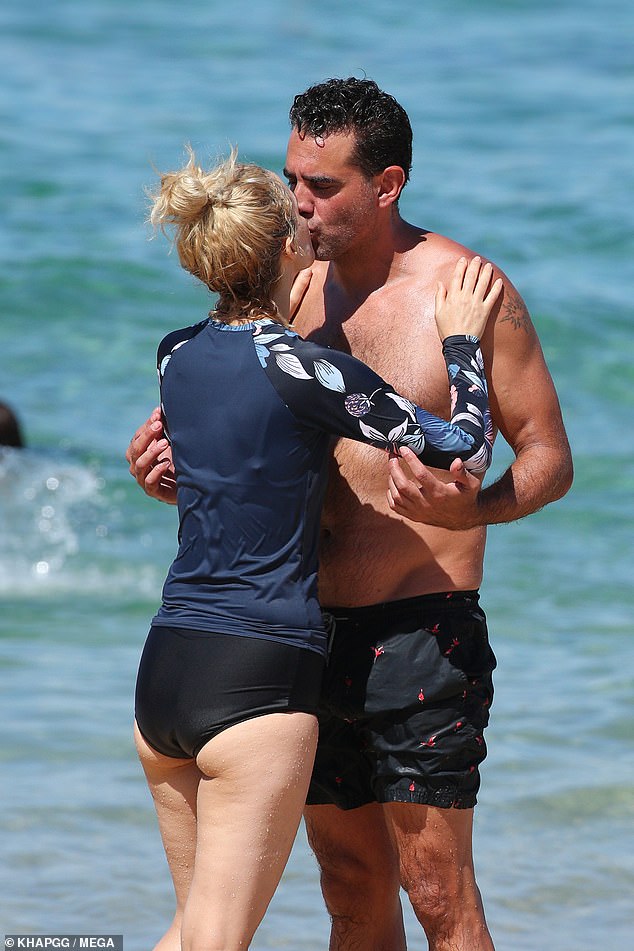 Packing on the PDA: She looked smitten as she gave her partner Bobby Cannavale a quick kiss

It’s getting hot in here! The Australian actress, 39, wore a simple black bikini as she soaked up the sun during the scorching Sydney heatwave

She looked smitten with Bobby, leaning in to give the Boardwalk Empire actor a sneaky kiss and a cuddle before heading into the sea.

Rose has two children with Bobby 48: sons Rocco, three, and Rafa, one. The star is also step-mother to Bobby’s son Jake, from a previous relationship.

The good-looking pair have been dating since 2012, but have yet to tie the knot. 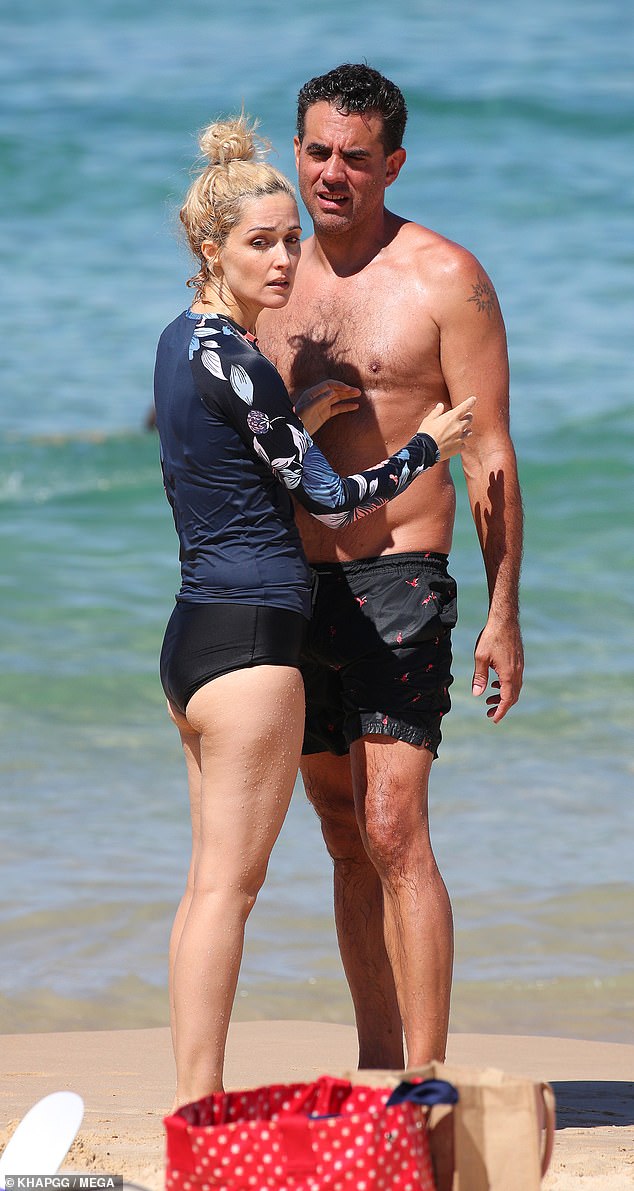 Can’t keep their hands off each other! The Bridesmaids actress wrapped her arms around Bobby, who she has been dating since 2012 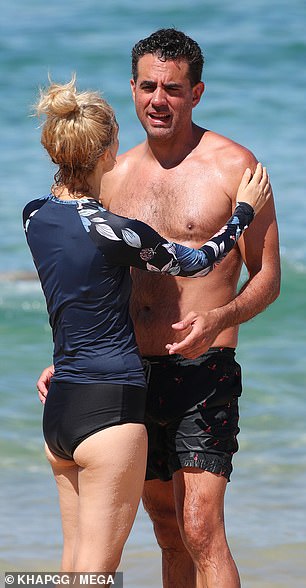 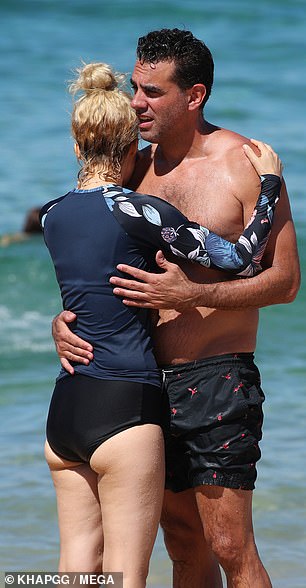 Come here, you! The long-term lovers cuddled after going for a dip in the sea

The Australian frequently refers to the New Yorker as her husband, however, and has previously indicated they will marry ‘one day’.

The actress made her screen debut in her native Australia in 1992 in Dallas Doll, before her first leading role in the 2000 film, The Goddess of 1967.