‘Hopefully we can give him what he wants’: Danny Rose urges Tottenham chiefs to listen to Mauricio Pochettino when it comes to taking club further… as he hints Harry Kane WILL be fit for Champions League final

Danny Rose wants Tottenham chiefs to listen to manager Mauricio Pochettino in order for the club to progress.

Pochettino has done a remarkable job at Tottenham having guided them to their first ever Champions League final this season and his form has seen him emerge as a frontrunner for the Juventus job after it emerged Massimiliano Allegri is to depart.

For Rose, the club can write ‘the next chapter’ if Spurs’ hierarchy match the levels of ambition shown by Pochettino.

Tottenham must listen to Mauricio Pochettino in order to reach the next level, says Danny Rose 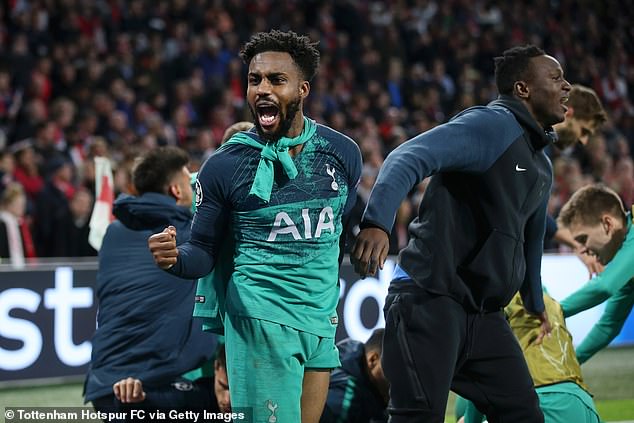 Asked what the club need to do to continue their recent success, Rose told talkSPORT: ‘Listen to the manager. I fully agree with what he says. He said recently what the next chapter of the club is and I agree with him.

‘Its safe to say that not many could operate in the circumstances with no stadium and not signing anybody.

‘Spurs are a part of the big six and we have a different way of working and there aren’t many managers that would bring in Champions League football three or four years in a row while bringing players through and getting into the England squad. Hopefully we can give him what he wants.’ 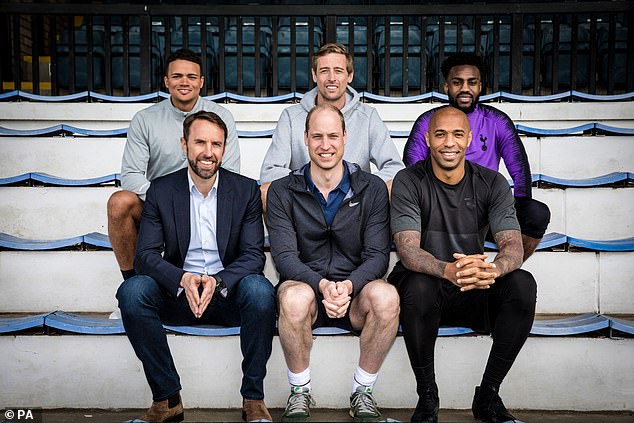 Rose (back row, far right) is featuring in an upcoming BBC documentary on mental health

Despite not signing a player in either of the last two transfer windows, Tottenham have kept pace with their rivals and ensured Champions League football for next season with a top four finish.

Rose is the club’s longest serving player having joined the north London side in 2007 and he is full of praise for the work Pochettino has done during his tenure so far.

‘There’s only been one or two times he’s raised his voice at half time. I can’t speak highly enough about him and what he’s done for my career. He made me a promise he’d make me an England player. He deserves all the accolades he gets.’

Rose, who is appearing in an upcoming BBC documentary on mental health, was open and honest during the interview and gave a boost to Tottenham fans when it came to a fitness update on Harry Kane.

The Spurs striker has been out of action since sustaining ligament damage in the Champions League quarter-final first leg against Manchester City on April 9. 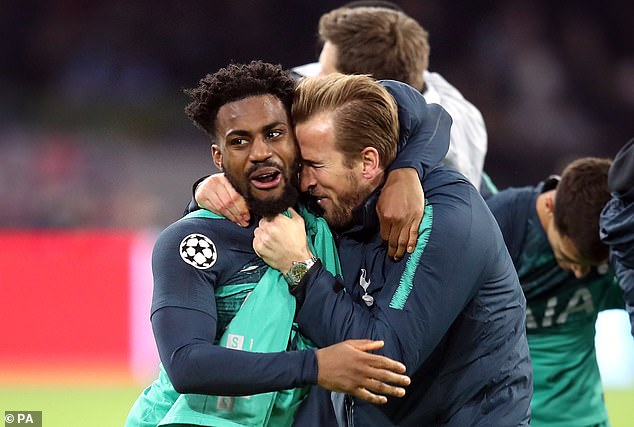 Lucas Moura, Son Heung-min and Fernando Llorente stepped up in Kane’s absence but it would represent a major boost ahead of the Champions League final in Madrid should he appear in the matchday squad.

When asked if Kane will be fit in time to face Liverpool at the Wanda Metropolitano, Rose admitted he could not reveal too much but the news was a positive for supporters

‘Everyone saw him running on the pitch at the end of the Ajax game. I think I’ll be allowed to say he’s doing really well.’