Roseanne Barr claims she was fired because she supports Trump

But the scandal started earlier with tweets at an entirely different individual – Chelsea Clinton – concerning the fake rumor that she is married to a nephew of billionaire George Soros. 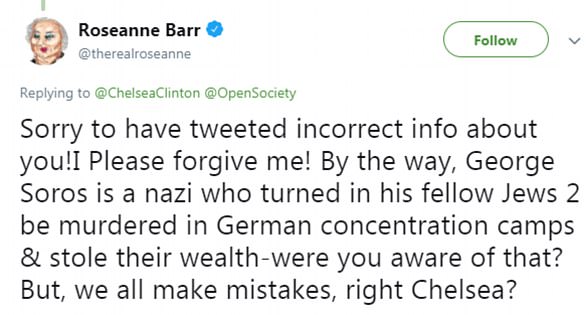