Rosie O’Donnell has been one President Trump’s most outspoken critics on social media since he was elected to office last November, but has not given a formal interview – until now.

The popular and polarizing television personality, 55, spoke with W while promoting her role in the new Showtime series ‘SMILF,’ where she shared her hurt, anger and frustration about the current Commander-in-Chief.

‘I seriously worry whether I will be able to live through his presidency,’ said O’Donnell.

She later revealed just how confident she was about Hillary Clinton’s chances of winning the White House.

‘I remember that night before they were announcing who had won, I saw the Trump children with their children on TV, and they were on an Instagram or something. They were taking a video going, “Grandpa’s gonna be the president!”‘ said O’Donnell.

She then added: ‘I was completely unprepared.’ 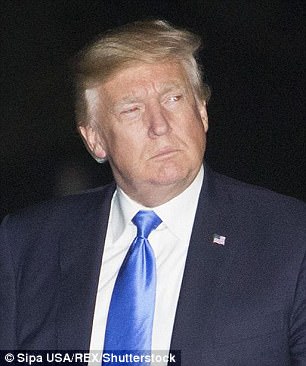 Tough times: ‘I seriously worry whether I will be able to live through his presidency,’ said Rosie O’Donnell in her first interview since President Trump won the election 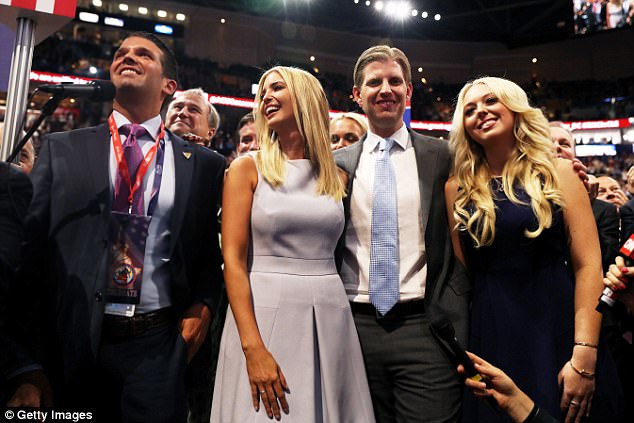 Pity the fools: She said that she was so sure Hillary Clinton was going to win she actually felt pity for the Trump family just before the election (Don Jr, Ivanka, Eric and Tiffany in July 2016)

The pilot for O’Donnell’s new show was shot the day after the election, and she thought that it might not get picked up because of her distracted performance.

‘I was in pure unadulterated [shock], as if I had fallen through the ice on a lake; I was underneath the water and I couldn’t even see the surface,’ explained O’Donnell.

‘It was a severe shock to my entire essence and my beliefs in the order in the world, and also the PTSD of having been an abused kid in a family.’

The show did get picked up however, and O’Donnell reached out to creator Frankie Shaw and asked if she could reshoot her scenes, which she thought were negatively impacted by her mood during that week.

‘I think that was a huge thank you to them because I had a year of living with the reality of [Trump],’ said O’Donnell.

‘I did a lot of therapy, I wasn’t in shock in anymore; as much as I am devastated, disappointed, disheartened, and depressed by the reality of it, I wasn’t in pure panic mode like I was that day and that week.’

She said that the biggest issue she still grapples with is President Trump’s attacks on her, and the lack of people who seemed willing to come to her aid.

‘It happened to me in a personal manner. Because unbeknownst to me, for reasons I can’t really still figure out, he was allowed with impunity to brutally assault me and my character for a decade,’ said O’Donnell.

‘No one – not the National Organization For Women, not Gloria Steinem, no one – stood up and said, “What the hell are you doing?” It was laughed about.’

O’Donnell  said that she had now found an ‘equilibrium,’ but still worries about the future.

‘It’s a terrifying concept, on the brink of nuclear war with a madman in charge,’ said O’Donnell.

‘And the ineptitude – the impotence of people who should be able to stop him claiming they can’t – is absolutely infuriating.’ 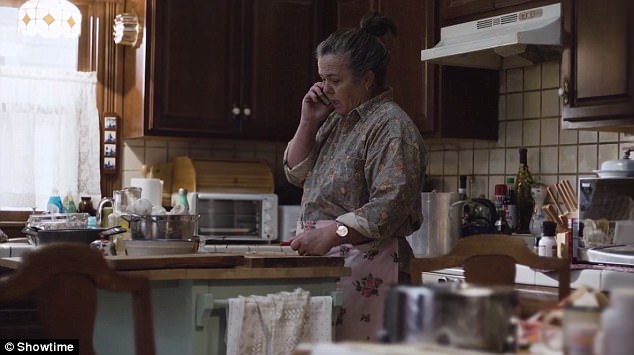 Sick day: O’Donnell, 55, then had to shoot the pilot of her new Showtime series ‘SMILF’ (above) the day after the election 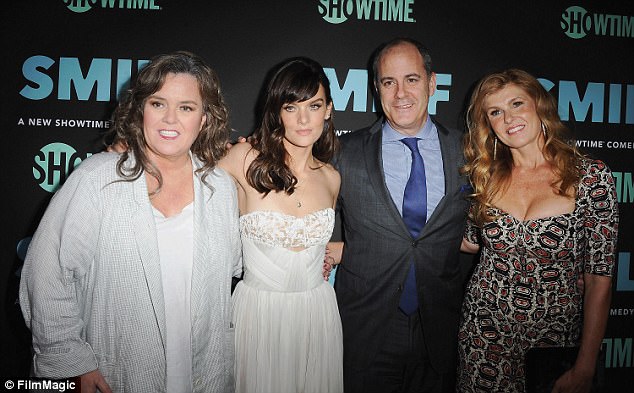 Problems: She initially thought that show was not going to be picked up because her performance was so bad as a result of her mood that week (l to r: O”Donnell, Frankie Shaw, President and CEO of Showtime Networks David Nevins and Connie Britton at the SMILF premiere)

Back in May, O’Donnell said during a stand-up performance at Caroline’s in New York that things had gotten so bad she could no longer go out in public.

‘This is the second time I’ve been in public since he’s been elected because I go to the mall sometimes and Trump people go, “Hey f*** you,”‘ O’Donnell told the audience.

She went on to say that the outbursts were not just directed at her either, but also her teenage daughter Vivienne.

‘The boys in public school in New Jersey said to my 14-year-old daughter the next day, “Tell your mom I’m gonna grab your p****.”

‘It has affected my entire life and my entire family for a tremendous amount of years – over a decade.’

Later in her set, O’Donnell turned her attention to Ivanka Trump, speaking about how difficult her life must be as her father’s favorite child.

‘The next time you or I want to make fun of Ivanka, I want you to carefully think — with compassion – about what . . . [she] had to do to survive,’ said O’Donnell.

She then described Ivanka as the ‘chosen child’ of a ‘cult leader who has the power to fool a nation’ before stating: ‘It is not a fun, healthy or recoverable place to be.’