Ross Kemp has admitted he’s up for returning to EastEnders if the BBC want him to.

The actor, 56, played Grant Mitchell on the soap from 1990–1999, returning for a further stint between 2005–2006, and then making his most recent appearance in 2016 when on-screen mother Barbara Windsor’s Peggy Mitchell died.

When asked about going back to the long-running soap. he told Entertainment Daily: ‘I don’t think you ever rule it out. But that would be down to the BBC, that’s not down to me.

Back to the square? Ross Kemp has admitted he’s up for returning to EastEnders if the BBC want him to

‘I would never say no to going back to anything. I’ve always enjoyed acting and if an acting role came along, I would take it if it was something that I thought I would enjoy.’

Referencing the difficulties 2020 has presented for the world, Ross went on: ‘Like everybody else, beggars can’t be choosers right now. We all take what we can get while we can because who knows what the future holds.

‘It’s been a very, very tough year. I haven’t suffered as badly as others but I think everybody in their own way is finding it tough.’

Grant was a previous landlord at the Queen Vic pub, and the brother of Phil [Steve McFadden] and Sam [Danniella Westbrook].

Ross recently revealed his EastEnders co-star Barbara recognised him on FaceTime, but says things ‘aren’t going to get better’ for her. 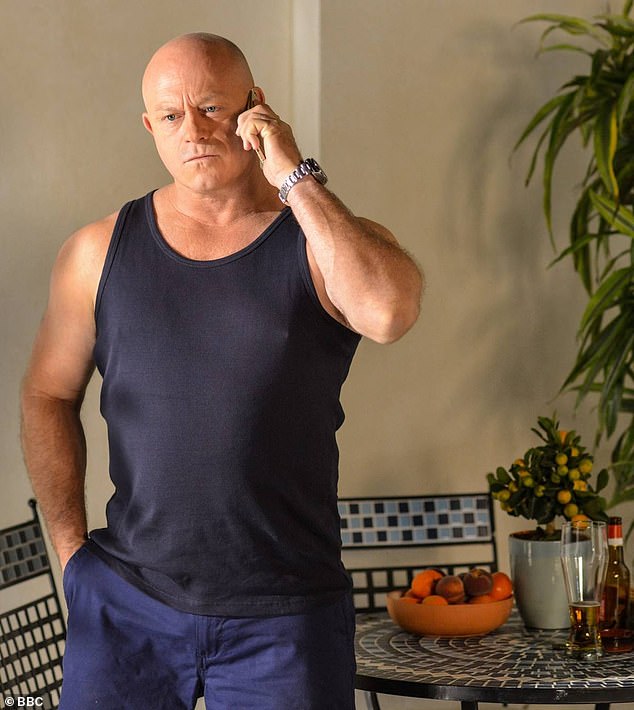 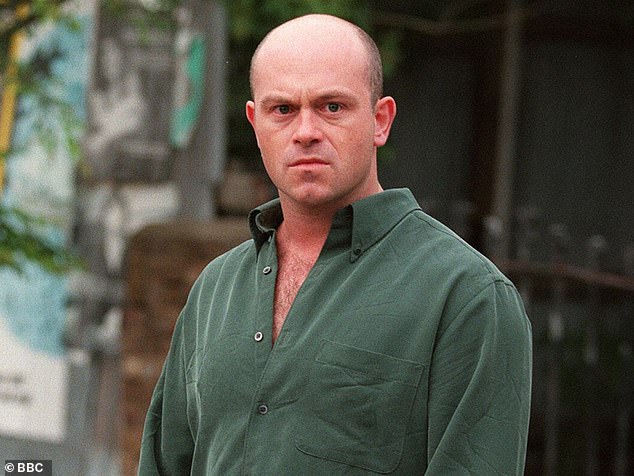 When asked about going back to the long-running soap. he told Entertainment Daily: ‘I don’t think you ever rule it out. But that would be down to the BBC, that’s not down to me’ [pictured in the 1990s]

Ross told Good Morning Britain: ‘I spoke to her on FaceTime on Sunday with her husband Scott [Mitchell].

‘She recognised me but I think we all have to be realistic that there is no cure for Alzheimer’s presently and it’s probably not going to get better for her.’

Ross revealed Barbara’s condition was severely deteriorating in June and she was moved to a care home at the end of July.

The documentary presenter said: ‘Sadly during lockdown she had gotten a lot worse and Scott, her husband, is now having to think about finding alternative care for her because that is basically what happens with that disease. 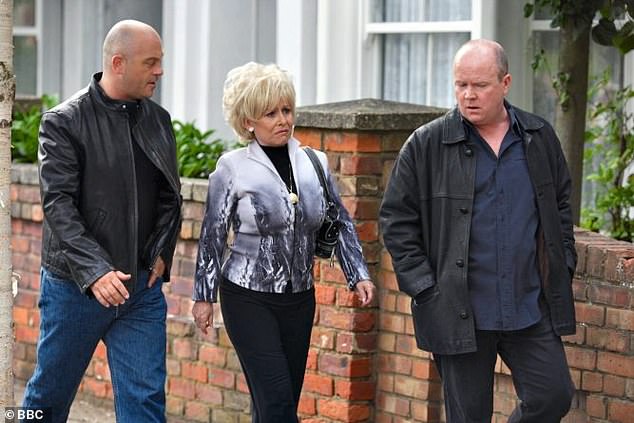 Family is forever: Ross was last on the show when on-screen mother Barbara Windsor’s Peggy Mitchell died [pictured with Steve McFadden in 2005]

‘It is the biggest killer in the UK and sadly there is no cure.’

Scott, 57, admitted he was ‘heartbroken’ by the move which took place following advice from her neurologist as he could no longer provide the round-the-clock care she needed.

The former actor, who married the soap star in 2000, fought back tears as he spoke of taking Barbara to the care home, as he confessed the decision left him feeling ‘so raw’.

Barbara’s neurologist had advised him to tell her she would be going away for a few days as her doctors changed her medication.

A few days after the move, Barbara’s close friend and actor Christopher Biggins revealed she was ‘comfortable and happy’. 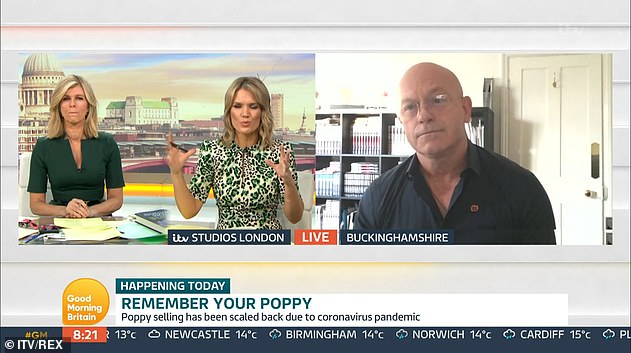 No cure: The documentary presenter told GMB’s Charlotte Hawkins (second from left) and Kate Garraway (left) that we have to be realistic because there’s no cure for Alzheimer’s

Due to the coronavirus crisis, Barbara had to self-isolate for two weeks and Scott said he thought she realised in her lucid moments that the move was not temporary and believed he had ‘let her down’.

In an ITV special documentary about Alzheimer’s with Ross, Scott explained that he can see Barbara struggling to speak, and becomes disheartened when she just gives up.

Asked by Ross how Barbara’s Alzheimer’s has progressed since he last visited in February, Scott said: ‘I have seen a real progression the things that started happening with her is her speech, she can’t find the words.

‘And you just see that frustration building up within her, and what I hate is that she just gives up, she just looks at me and goes…’ before making a defeated expression.

Scott also emotionally revealed that the Alzheimer’s is also beginning to affect Barbara’s mobility, as she suffers from falls after getting up in the night.

He adds: ‘The other thing is she’s started to have falls more regularly, what will happen is she will get up two or three times in the night to go to bathroom, but her legs will give way and I find her on the floor.’