Roxy Jacenko and Oliver Curtis will ‘leave Sydney on Saturday’ to star on I’m A Celebrity… Get Me Out Of Here! a source has claimed.

On Thursday’s episode, show hosts Dr. Chris Brown and Julia Morris revealed ‘Australia’s most dysfunctional couple’ would be entering the jungle on Sunday.

EXCLUSIVE: ‘It’s Roxy’: Jacenko and Oliver Curtis ‘WILL fly out on Saturday’ to compete on I’m A Celebrity… Get Me Out Of Here!

At the end of Thursday’s episode, hosts Chris and Julia revealed: ‘We will be revealing the identities of two new celebrities on Sunday bound for camp.’

The pair described the contestants as ‘Australia’s most dysfunctional couple,’ adding in jest: ‘It is not us!’

Within minutes, the survival reality show’s Facebook page had blown up with speculation, with several pin-pointing Roxy and Oliver.

A source later confirmed that it would in fact be the PR Queen and her jailbird husband entering the show on Sunday night. 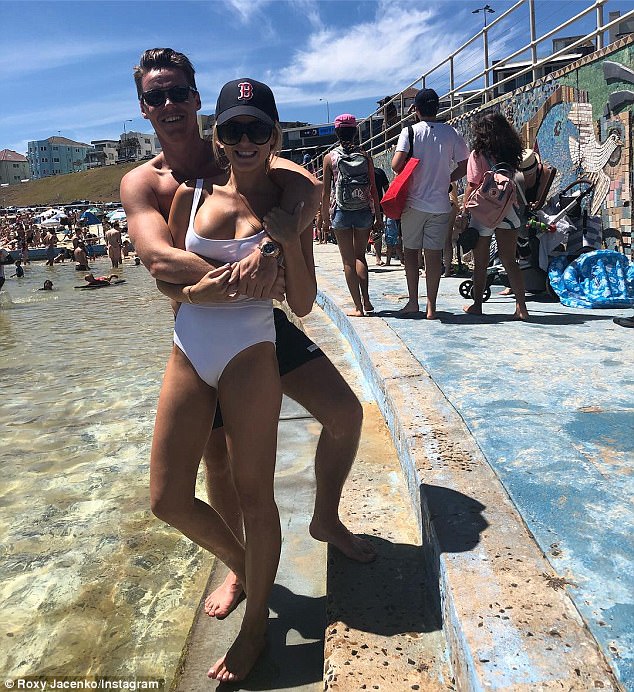 Get ready for Roxy! Speaking exclusively to Daily Mail Australia, an insider claimed: ‘It’s Roxy. They leave on Saturday I understand’

Daily Mail Australia has reached out to Roxy for comment.

Noting his current leave schedule, another offered: ‘Barnaby Joyce and his mistress ??’