Roy Keane has heavily criticised Manchester United following their humiliating 5-0 defeat to Liverpool last weekend, with Harry Maguire, Aaron Wan-Bissaka and Luke Shaw all being lambasted by the former midfielder.

United captain Maguire issued a public apology following the game at Old Trafford, during which he admitted that his team’s performance was nowhere near good enough.

Keane described Maguire’s display as ‘an absolute disgrace to the club’ and insisted that the centre-back should do his talking on the pitch rather than in interviews. 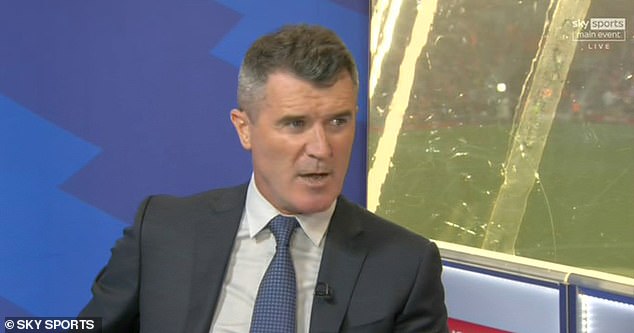 Left-back Shaw was also criticised by Keane, who proceeded to mock Maguire’s apology by doing an impression of him.

Despite Keane’s criticism, Maguire, Wan-Bissaka and Shaw all started for United away to Tottenham on Saturday.

Speaking on Sky Sports, Keane said: ‘Ole Gunnar Solskjaer is really worried about the chances they’re giving up. They need to show some character. Maguire and Shaw last week, they were an absolute disgrace to the club.’

Aaron Wan-Bissaka also struggled against Liverpool. The right-back joined United for £50million from Crystal Palace in 2019, but Keane suggested that Palace wouldn’t take him back now. 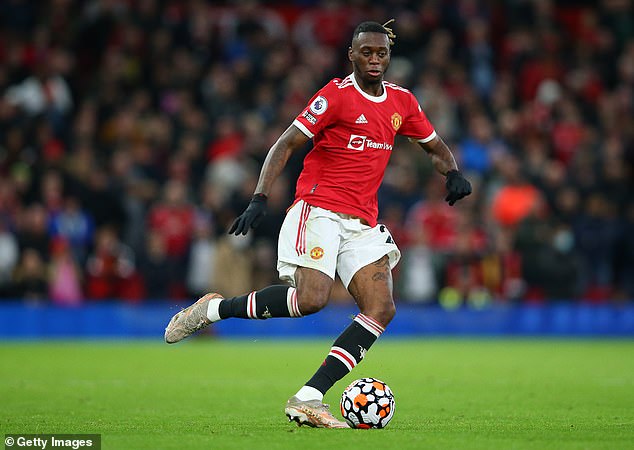 He said: ‘Wan-Bissaka, I don’t think Palace would take him back now, he’s not good enough for Man United.’

United were overwhelmed by Liverpool, with Mohamed Salah scoring a hat-trick, while Naby Keita and Diogo Jota were also on target.

Solskjaer’s side have endured a frustrating season so far despite the return of Cristiano Ronaldo.

Keane stated that Maguire’s disappointing performances don’t have anything to do with the defender’s fitness levels and are more about a lack of professionalism.

Furthermore Keane said that, although United have talented attacking players, there are significant question marks regarding some of their defenders and midfielders. 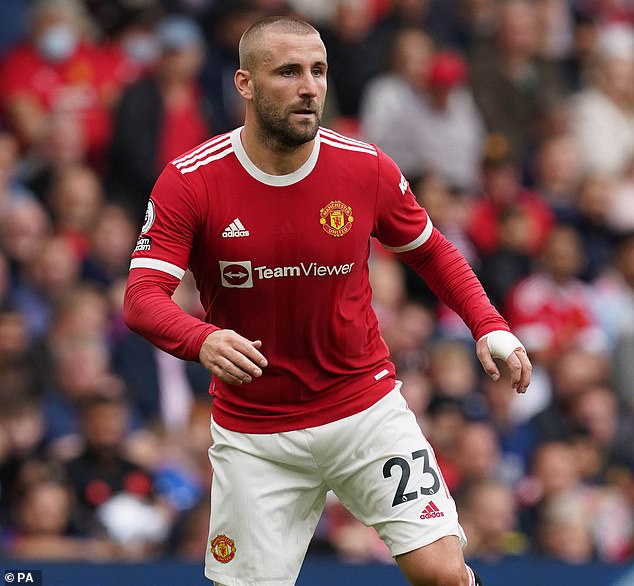 Luke Shaw was also criticised, with Keane saying that the left-back is now struggling again

In addition, Keane feels that, after a period of good form, Shaw is struggling again.

Keane said: ‘I heard Maguire talking during the week, there’s no emotion behind it. Shaw’s fallen back into his old habits from a few years ago.

‘Maguire needs to sort his game out. It’s nothing to do with fitness, it’s just a lack of professionalism. There are clearly talented players at the top of the pitch. Midfield and defensively you do worry.’

Maguire, who cost United £80m when he joined from Leicester in 2019, has struggled for consistency during his time at the club despite often being praised for his performances for England.

After the game against Liverpool, Maguire spoke to the media, telling Sky Sports: ‘First and foremost, apologies to the fans. It’s nowhere near good enough at this club. We are all disappointed.

‘The only real thing is we have to apologise to the fans. They stuck right with us, singing and chanting at 5-0, but for us as a club we have to do better.

‘I think it was too open. I’m not here to analyse the game. We are so disappointed, we gave them too many chances, they were really clinical.

‘Defensively, and I’m a defender first and foremost, conceding five at home at Old Trafford is nowhere near good enough.

‘As a player, I know myself, I will be looking at myself as an individual and the performance of the team, I’m the captain and I lead the boys. We have to come together and stick together.’