THE NOTEBOOK: Roy Keane says he deserved the PUNCH he took from Brian Clough as City Ground legends return for a slice of history… while Casemiro shows Forest newcomer Danilo how it’s done

Erik ten Hag took a step closer to silverware in his debut season at Manchester United, as his side thrashed Nottingham Forest 3-0 in the first leg of the Carabao Cup semi-final on Wednesday.

The Red Devils took a healthy advantage into the second leg at Old Trafford and look poised for a Wembley return, thanks to goals from Marcus Rashford, Wout Weghorst and Bruno Fernandes.

Keane: I deserved to be punched by Clough

At one of their highest profile fixtures of modern times, there were plenty of reminders of Forest’s glorious past.

Stuart Pearce and Steve Hodge, part of the League Cup winning sides of 1989 and 1990, shared a warm hug in the Main Stand an hour before kick-off. 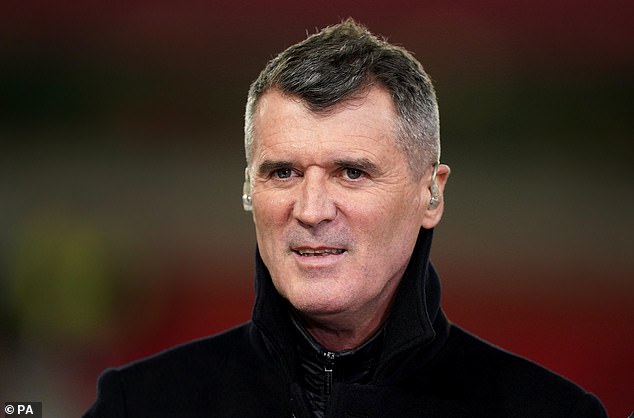 There was even a Premier League-winning captain in Wes Morgan, although unfortunately for Forest he lifted the trophy for their East Midlands rivals Leicester in 2016.

Keane offered brilliant insight into Brian Clough’s style. ‘He punched me after a game one time, but it was probably the right thing to do,’ he reflected.

‘The odd punch didn’t do any harm. I gave a short backpass against Crystal Palace which led to an equaliser — which wasn’t my fault — and after the match, he punched me!’ 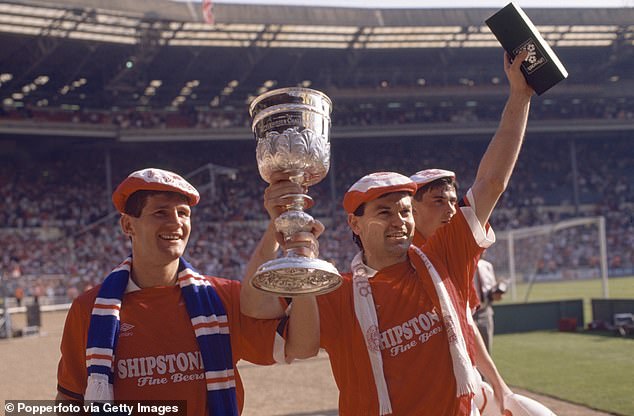 Forest hero Steve Hodge (pictured with Brian Laws, left) was in attendance at the City Ground

One for the angrier fans…

Club shops can be full of weird and wonderful gifts and the dartboard in the Forest store caught the eye. Carrying the club badge as well as the words ‘Nottingham Forest’ and ‘The Tricky Trees’, it can be yours for £75.

For the angrier fan, it is a perfect chance to take out their frustrations on pictures of their least favourite players.

A traditional No 9 up top for Manchester United in Wout Weghorst means Bruno Fernandes has more freedom to roam around the pitch and impact matches all over the field.

Before Weghorst, Fernandes was required to supplement the front three more and bomb into the penalty area. But his touch map last night (left) shows his importance at both ends of the pitch. 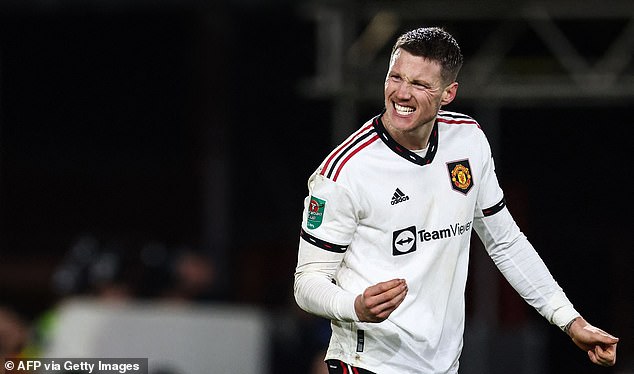 This was Manchester United’s first visit to the City Ground since 1999, when Ole Gunnar Solskjaer scored four in an 8-1 win for Sir Alex Ferguson’s side — even though the Norwegian only came on in the 72nd minute.

United were on their way to a treble, Forest to the second tier.

Dan’s good but Casemiro is king

Forest’s recent signing Danilo looked promising at the base of a midfield diamond, although the master of that position was in the Manchester United team.

As if to assert his superiority, Casemiro barged his fellow Brazilian out of the way midway through the first half to thwart a Nottingham Forest attack.

Playing at the top of the diamond, Morgan GibbsWhite asked Casemiro plenty of questions in the first half and teed up Sam Surridge’s Forest goal that proved to be fractionally offside.

But after winning a duel with Gibbs-White on the cusp of the interval, Casemiro strolled forward and set up Antony for a shot that was only parried by keeper Wayne Hennessey. On-loan Burnley striker Wout Weghorst did the rest to register his first ever United goal. 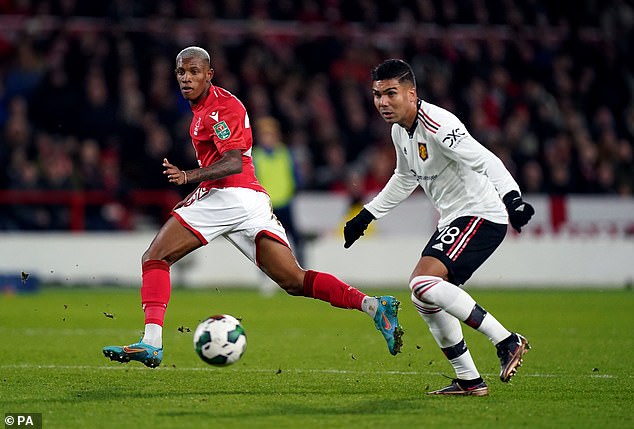