‘This is big boy stuff!’: Roy Keane tells Aaron Wan-Bissaka ‘do your job’ after the Man United defender was at fault for Arsenal’s first goal, as Cesc Fabregas labels him ‘naive’

The Arsenal striker nodded home a free header to level the game shortly after Marcus Rashford’s opener at the Emirates, as Wan-Bissaka failed to properly mark him.

Both sides have since added another through Bukayo Saka and Lisandro Martinez respectively in an end-to-end clash at the top of the Premier League table. 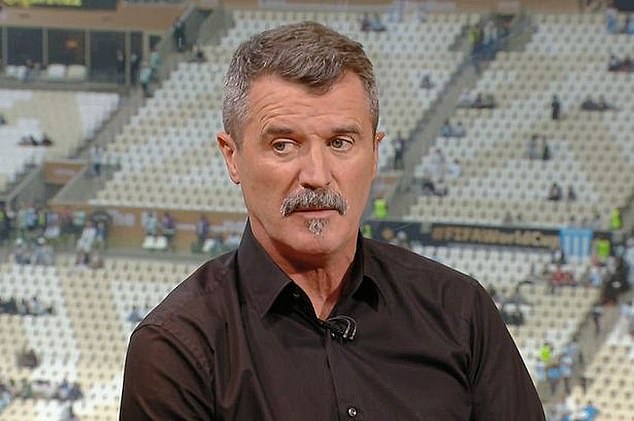 Keane fumed at the fullback’s poor defending at half time, as he told Sky Sports: ‘It is just his lack of awareness, as if he can’t believe someone is coming around the back of him, he can see him.

‘It is a lack of football intelligence, a lack of concentration, considering we praise him saying he is a good defender.

‘When I hear people saying I wasn’t aware of who was around me, you have to be aware. That’s your job. This is big boy stuff, these are big moments, do your job. Go and attack the ball.’ 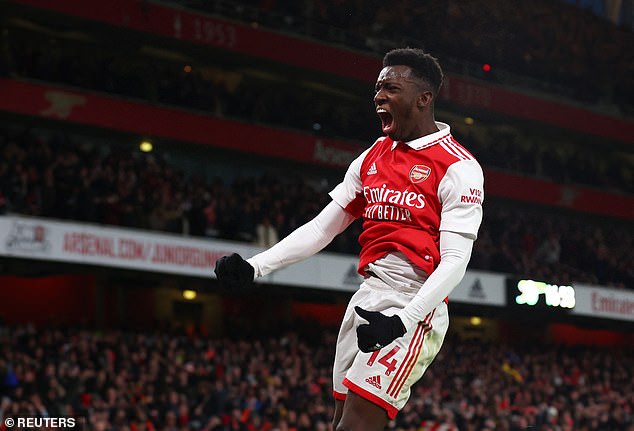 Cesc Fabregas was similarly scathing of the defender but also praised the attacking play from Arsenal. He added: ‘It was fantastic, but there was naivety from United’s point of view. United need to push out, but they gave space.

‘[Oleskandr] Zinchenko picked up the ball twice in space and what a ball from [Granit] Xhaka. We can talk about Wan-Bissaka, he is a bit lazy, not looking around. Nketiah smells it so well.’

As the game stands, Arsenal’s lead over Manchester City will move to three points and United will overtake Newcastle into third place.

If Mikel Arteta’s men can secure a win, they will move five points clear at the top of the league with a game in hand over City.