Royal Baby: How long will Prince William get for paternity leave?

Prince William is trading Royal duties for daddy duty following the arrival of his and Kate Middleton’s third child on Monday.

The 35-year-old Duke of Cambridge, who previously held traditional jobs, has always taken time off to be with his wife and children after a birth.

Due to the fact he’s a full-time Royal, this brief break from the labor of being a British Royal isn’t technically considered paternity leave, Mirror reported.

Still, Prince William’s expected to get two weeks off to focus on his family. This is the same amount of time traditionally allotted to private citizens when they become fathers. 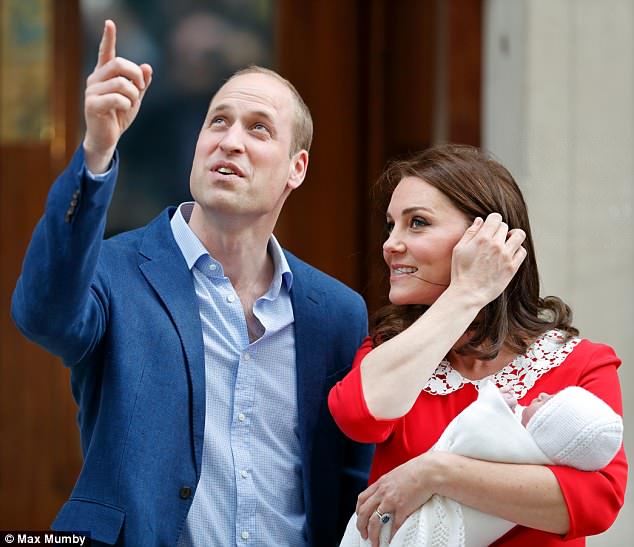 In 2013, after the birth of Prince George, Prince William took two weeks off from his role as a Sea King helicopter. He was entitled to £273.56 today per week.

He did the same two years later after Princess Charlotte was born. At the time, he’d been working as an air ambulance helicopter pilot.

Kate, 36, gets a much heftier break. She began her maternity leave in March, nearly a month to the day before the birth of the latest Royal baby. She will likely continue to be on break from Royal duties for the next six weeks.

While Kensington Palace hasn’t confirmed this, they did say in a statement that the Duchess of Cambridge would be ‘focusing on family’ a bit longer than her husband.

She’s expected to return to work in the fall.

What else do you need to know about the Royal baby? Keep reading.

Prince William and Kate Middleton left St. Mary’s Hospital on Monday hours after the birth of their third child.

Has the Royal baby been named?

As of Tuesday, the name of the third Royal baby hadn’t been announced.

When will the Royal baby name be announced?

There is no Royal tradition regarding revealing the name of a Royal baby. Kate Middleton and Prince William revealed Prince George’s name on July 24, 2013, two days after he was born.

With Princess Charlotte, they revealed her name on May 4, 2015 — also two days after her birth.

Speculation is rife about what the couple will name their son. Arthur is the favorite to be chosen as the Royal baby’s name, according to William Hill. The name is favored at 12-1 odds.

The site also has Albert and James as potential monikers for the future monarch.

Pictures of the Royal baby

The Royal baby’s first official public outing will be his christening, which traditionally takes place days or weeks after birth. He has, however, been seen in the arms of mother Kate Middleton outside the Lindo Wing of St. Mary’s Hospital on Monday.

Unlike with her other children, Kate did not do much to hide her newborn son’s face from view of Royal fanatics and the paparazzi.