An early-morning journey to hospital, neatly timed to coincide with St George’s Day. A five-hour labour with no complications – and no pain relief. And a bonny baby boy, weighing 8lb 7oz, born at one minute past 11 on what is believed to have been his due date.

The Duchess of Cambridge couldn’t have planned it better. For many mothers, memories of the delivery room aren’t nearly as pleasant: traumatic labours, pleas for epidurals and labour lasting more than 40 hours, followed by an emergency caesarean.

But the arrival of the new prince yesterday went without a hitch. So why is Kate, whose two previous deliveries have been described as ‘textbook’, so good at giving birth?

Sources say ‘hypnobirthing’, a natural delivery method that involves relaxation and breathing techniques to manage labour pains and ‘visualise’ the baby’s arrival, is the secret to Kate’s composure during childbirth, her speedy recovery and her three efficient labours (she delivered George ten-and-a-half hours after being admitted to hospital in 2013 and Charlotte after just two hours, 34 minutes in 2015).

Blissfully unaware: Weighing in at 8lb 7oz, the latest arrival to the Cambridge family sleeps soundly. . . oblivious to all the hullabaloo that’s been going on around him

Experts claim the practice, which is said to have helped celebrity mums Angelina Jolie and Gisele Bundchen and originated in the work of an English doctor in the Thirties, keeps the mother calm from the moment she goes into labour.

By preventing the body from going into ‘fight or flight mode’, it promotes the release of the hormone oxytocin (which stimulates the uterus and encourages contractions) and endorphins (which numb pain). This leads to a shorter, less agonising labour, a briefer hospital stay and reduced anxiety after the birth. Kate is believed to have used hypnobirthing for George and Charlotte’s births too – which goes some way to explaining her poised, polished appearance so soon afterwards.

One of the many apparent benefits of the technique is that mothers don’t require any pain relief during labour. Not only did Kate refuse an epidural, but she is said to have given birth without any painkillers for all three children.

Having bowed out from public duties on March 22, exactly one month and a day before the new prince’s arrival, she had plenty of time to rest – something midwives say is essential in preparing for labour.

From around 34 weeks, she is likely to have been encouraging the baby to get into the right position for delivery by kneeling on the floor over a birthing ball or chair. Kate went swimming – in the Buckingham Palace pool, where she takes George and Charlotte for lessons – a few times in the days before Charlotte’s birth, and she is believed to have done the same gentle exercise towards the end of last week and over the weekend. 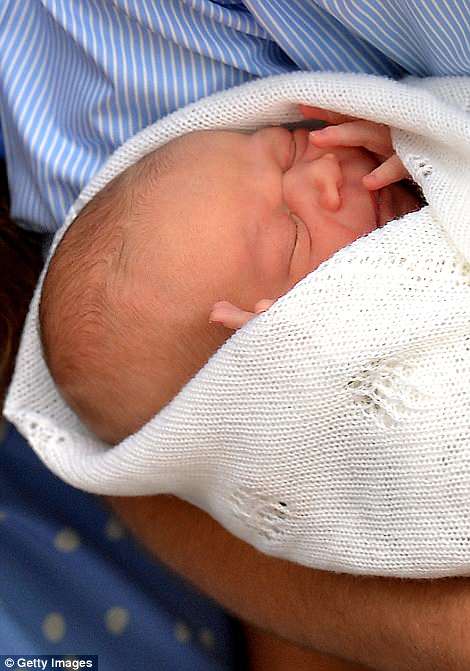 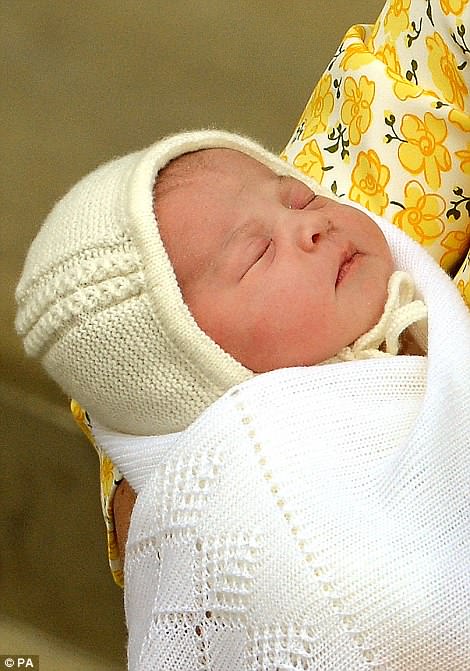 Delayed arrival: Mischievous George (left) took a while to get here in 2013, weighing 8lb 6oz; Her Serene Highness: The little Princess Charlotte (right) tipped the scales at 8lb 3oz in 2015

Experts say a slow swim – such as the breast stroke – can help relax expectant mothers by taking the strain off their muscles and buoying up their stomach, as well as easing lower back pain and improving circulation around the body. Before George’s birth, Kate is believed to have tried private pregnancy yoga sessions, to aid relaxation and help strengthen the muscles around her back and pelvis.

Five years on, with two toddlers to run around after, her prenatal exercise regime has been limited to morning stretches and leisurely walks with Lupo, the family’s seven-year-old English Cocker Spaniel, around the Palace grounds.

As with her two previous pregnancies, Kate suffered from hyperemesis gravidarum, a harrowing form of morning sickness characterised by severe nausea and vomiting, which confined her to bed for several weeks in the first trimester. This affected her appetite, and Prince William revealed in an interview in September that she had been eating ginger biscuits – ginger is proven to soothe upset stomachs – to alleviate her symptoms.

Her pregnancy diet included avocados (packed full of ‘good’ fat to nourish the baby and help her keep weight on) and fibre-rich porridge, which fills her up without making her feel unwell, as well as lean meats, fresh fruit and vegetables. 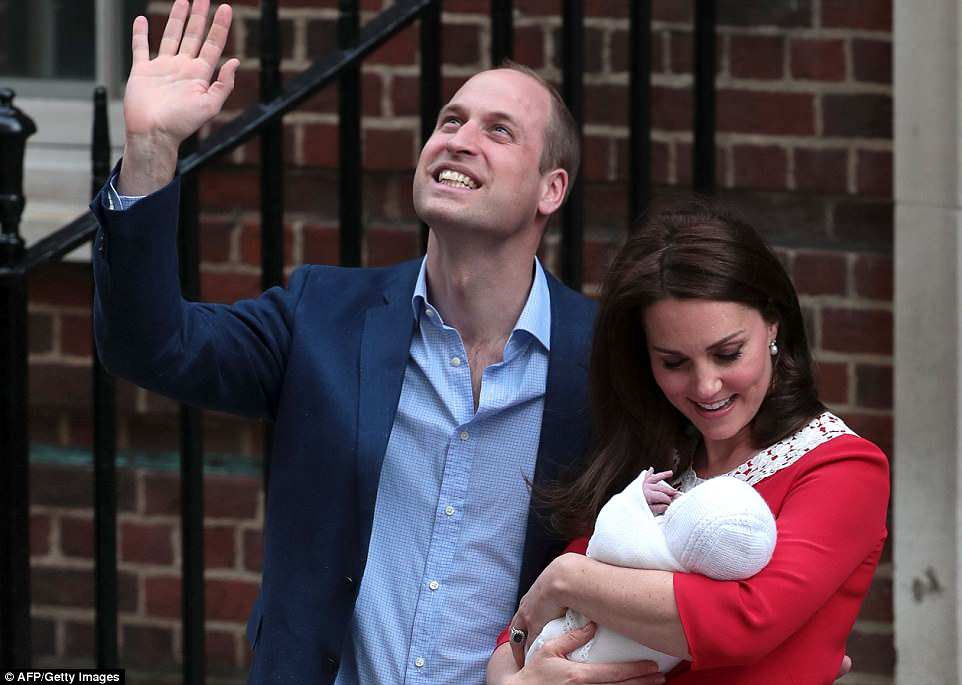 Twice a day she’s been tucking into green smoothies, which she makes herself from kale, spinach, blueberries and spirulina, a natural algae extract dubbed a ‘pregnancy superfood’ which is high in protein and iron.

Mum Carole and sister Pippa – who is reportedly expecting her own baby in October – have been phoning daily and popping round regularly over the past two weeks, keeping Kate company and assisting royal nanny, Maria Borrallo, in looking after George, four, and Charlotte, two.

Having so much help at hand will have helped Kate relax and stay calm in the run-up to her son’s arrival, all of which put her in the right frame of mind for a smooth labour. Genetics may also have had a part to play. Midwives say a woman’s labour length and experience is often hereditary, so Kate’s hassle-free delivery may be down to her mother, Carole, who had her children at the Royal Berkshire Hospital in Reading between 1982 and 1987. All three of her births were without complication – and she, like Kate, snapped back into shape within weeks.

Kate’s knack for speedy, stress-free childbirth is particularly useful this time around; her first public engagement, Harry and Meghan’s wedding, is in just 25 days’ time.