‘It’s not The Only Way is Sussex’: Royal fans joke how Harry and Meghan’s new baby Archie Harrison sounds ‘like something out of TOWIE’

After the Duke and Duchess of Sussex showed off their newborn son it was inevitable social media users would take the opportunity to show off their wit and creativity by showcasing their best memes.

After Harry and Meghan revealed their son would be called Archie Harrison Mountbatten-Windsor, Twitter was soon awash with light-hearted jokes poking fun at the moniker.

Archie trended on Twitter for hours after the announcement, with thousands wading in and offering their thoughts on the name.

A parody account under the username ‘Elizabeth Windsor’, which has more than 1.6million followers, kept fans up-to-date with the developments as the couple unveiled their son.

‘Her Majesty’ tweeted: ‘We shall call it Prince Gary.

‘Archie Harrison?! This is not ‘The Only Way is Sussex’!’

A host of celebrities were among the many people to react on social media to the Duke and Duchess of Sussex naming their son Archie Harrison Mountbatten-Windsor.

Star Wars actor Mark Hamill picked up on the baby’s middle name, sharing a photo of himself talking to Harry and Prince William while the basketball team Chicago Bulls also got involved on Twitter. 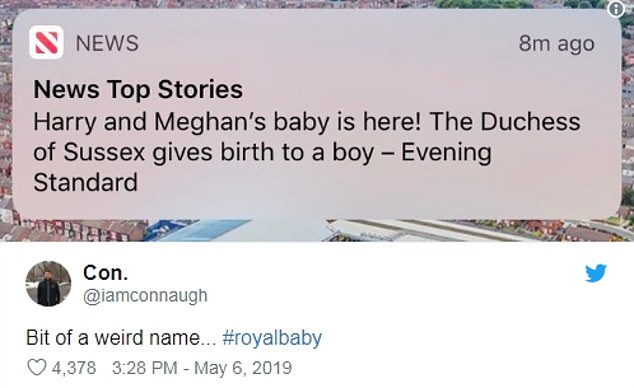 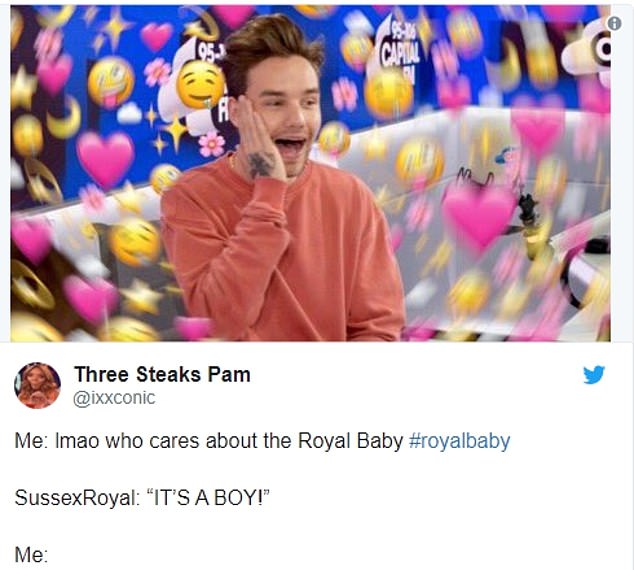 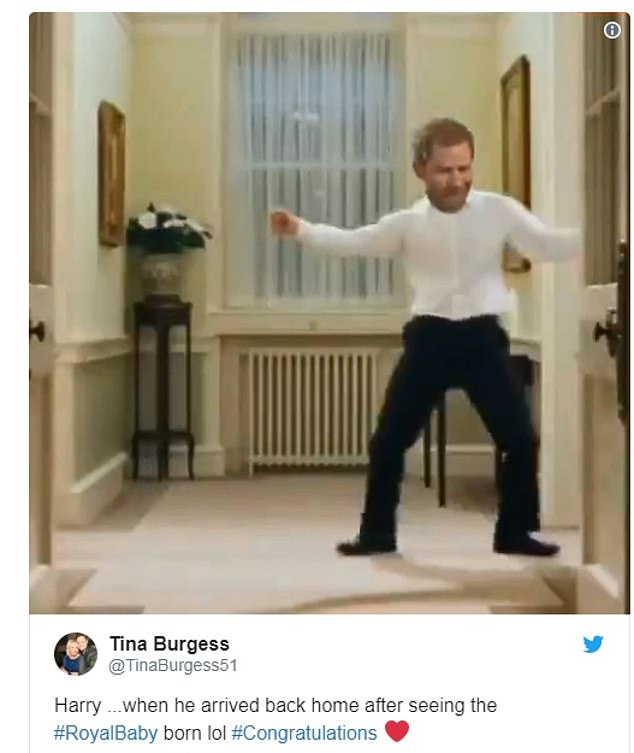