She stunned guests with her remarkable composure as she said ‘I do’ in front of the Queen.

And on top of her poise, Meghan Markle proved she was the perfect partner for Harry with another simple gesture at her wedding party, which eagle-eyed royal watchers were quick to spot.

After Prince Harry opened the door to a sky blue electric Jaguar for his bride ready to whisk her to their evening reception, the new Duchess of Sussex leaned over the driver’s seat to open his, in turn.

Fans said on Twitter that the move was a ‘little point but very significant’ – not to mention further evidence of Meghan’s feminist credentials.

The move was made famous in the 1993 film A Bronx Tale, in which gangster Sonny described a woman opening the car door for a man once he’d helped her in as a sure sign she is ‘a keeper’, and ‘girlfriend material’.

The thoughtful move is often referred to as a good sign in men’s dating manuals, along with a female date offering to split the bill for a restaurant meal.

As the newlywed couple were leaving the party, the Duchess of Sussex was spotted leaning over inside their Jaguar, and opening the door for Prince Harry (seen above) 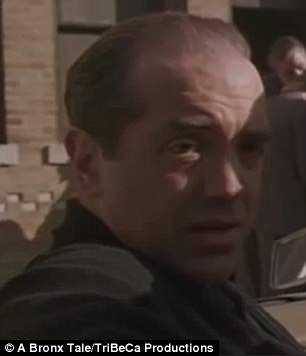 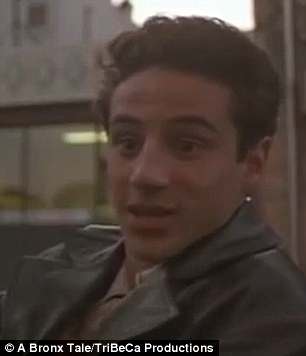 She passed! The ‘door test’, featured in The Bronx Tale, sees Sonny, (left) tell Calogero (right) that the first test of whether a girl is a ‘keeper’ is whether she opens the car door for him

On Saturday evening, following their romantic wedding ceremony at St George’s Chapel in Windsor Castle and an afternoon reception in St George’s Hall, the newlyweds set off for their intimate evening party at Frogmore House in a sky-blue vintage Jag.

And chivalrous Prince Harry was careful to open the door for his new wife.

Meghan, in turn, leaned over to open his from inside as he walked around the car to hop into the driver’s seat.

‘It’s really important to note that Meghan reached across the car to open the door for Harry,’ one Twitter user said of the move.

‘Meghan is doing all kinds of winning today,’ said another. 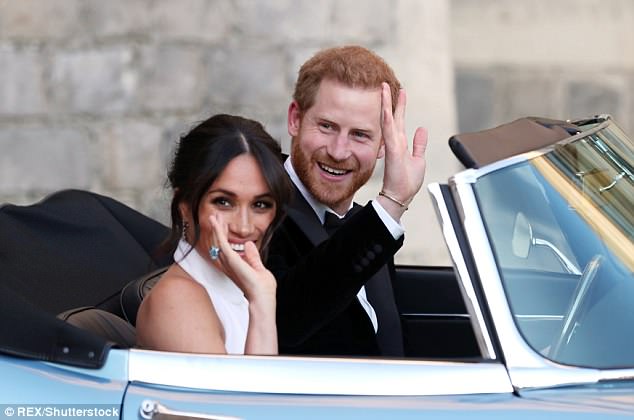 Meghan Markle, along with her flawless appearance and composed manners, once again proved she was the perfect partner with a simple gesture at her wedding party

‘I love how Meghan reached over to open her car door’, one follower tweeted of the sweet move – while others suggested the gesture was proof of her feminist credentials

‘I love how Meghan reached over to open her car door’, one royal fan tweeted.

Another added:  ‘Meghan reached over and opened his car door!’.

Others suggested the small gesture as a nod to Meghan’s feminist credentials.

Dubbed the ‘keeper test’, this method of assessing character traits on a first date was first seen in The Bronx Tale, a story of a boy growing up in the rough Bronx neighbourhood of New York City in the 1960s.

In the film local gangster Sonny, played by Chazz Palminteri, is advising teenager Calogero, played by Lillo Brancato, ahead of his first date with a love interest. 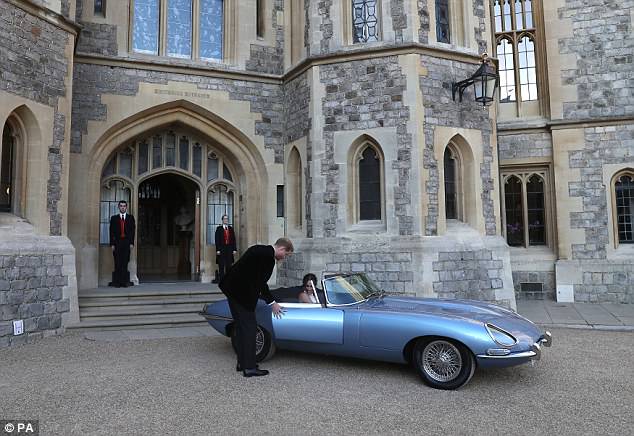 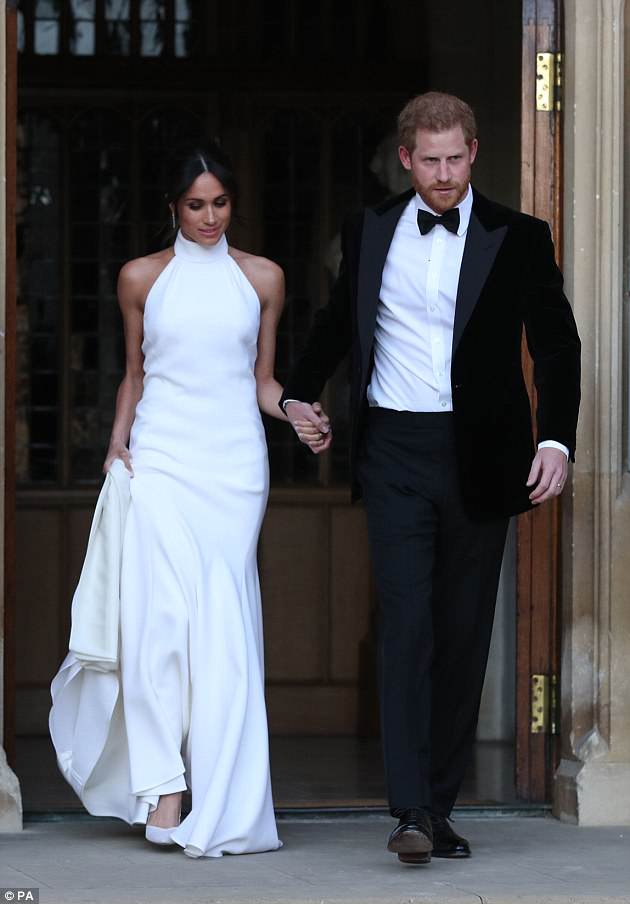 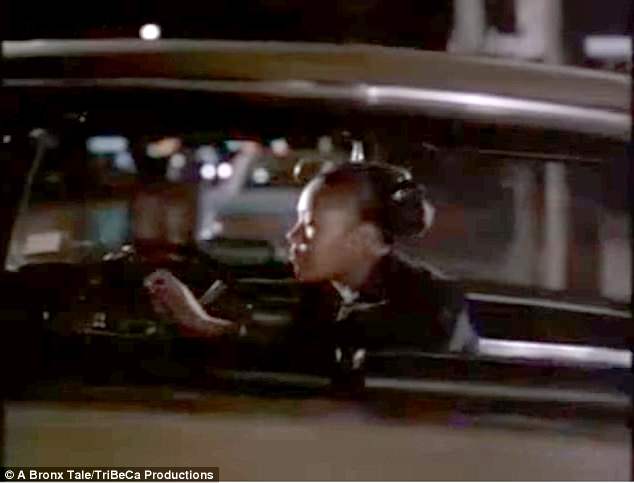 She passed the girlfriend test! In the film, to Calogero’s delight his love interest passes the test and opens his door as he walks around to the driver’s seat

Teaching him the ‘keeper test’, Sonny advises him to help his date into the car before walking around to the driver’s side and seeing how she reacts.

‘If she doesn’t reach over and lift up that button or handle so that you can get in, that means she’s a selfish broad, and all you’re seeing is the tip of the iceberg. You dump her and you dump her fast,’ he says.

The test was often echoed in proceeding films, and is sometimes still referred to by men in their rules on whether a date will make it to the girlfriend stage.

Etiquette expert William Hanson told Femail: ‘When The Duchess of Sussex reached across to open the car door for her husband it showed excellent manners and consideration for other people.

‘Although it is just a theory put forward in The Bronx Tale, it is certainly one of those subtle indicators as to a person’s mindset and one to look out for when dating.’