The Orange Is The New Black star revealed on Thursday that, in the past, she has used an everyday kitchen essential instead of product.

Ruby, 32, took to Twitter to explain she applies olive oil to her hair to relieve it from the drying properties of hotel toiletries.

That’s different! Australian actress and DJ Ruby Rose has revealed her VERY surprising beauty trick for dry hair using an everyday kitchen item – but would YOU be brave enough to try it?

‘I used hotel toiletries once and my hair was so dry I had to call down for olive oil,’ the Australian actress and DJ tweeted.

Ruby shared her unusual beauty hack after US singer Halsey raised her concerns about the ‘hotel toiletry industry’ via Twitter.

‘I’ve been travelling for years now and it’s been so frustrating that the hotel toiletry industry entirely alienates people of colour,’ Halsey tweeted.

‘I can’t use this perfumed watered down white people shampoo. Neither can 50 per cent of your customers. Annoying.’ 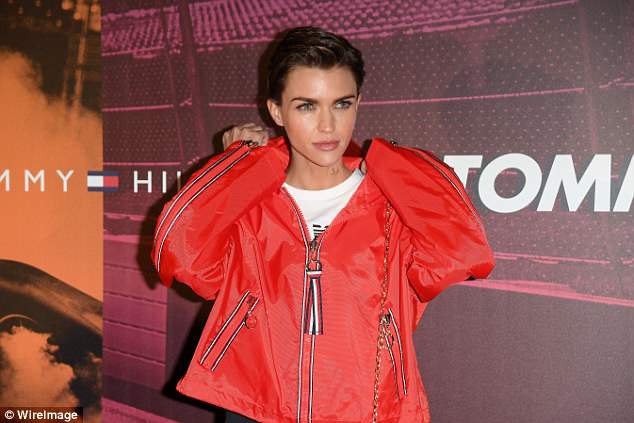 Improvising! The Orange Is The New Black star, 32, revealed on Thursday that, in the past, she has used olive oil instead of product because ‘hotel toiletries’ made her hair so dry

Halsey’s tweet has garnered over 23,800 likes and hundreds of comments as of Saturday and has also kickstarted a debate on social media over hotel shampoo.

One Twitter user commented: ‘OK, hotel shampoo sucks in general. They should have good options for all hair types.’

In an interview with Playboy last year, Halsey claimed she was ‘half black’, adding:  ‘I’m proud to be in a biracial family, I’m proud of who I am, and I’m proud of my hair.’

However, the 23-year-old musician conceded that she ‘looks like a white girl’.

Earlier this month, Ruby announced via Instagram that she had split with Australian singer Jessica Origliasso, 33, ‘a few months ago’.

She wrote: ‘I’ve shared the past two years learning and sharing my life with an amazing human being. An experience for which I am very blessed.]

‘Breakups are always incredibly hard on the people involved but I can only be grateful for the experiences we shared.

‘It’s with a heavy heart to share that Jess and I parted ways a few months ago.’

Ruby concluded her statement: ‘We still love each other very much and I will always support her and be her biggest advocate. With love x’. 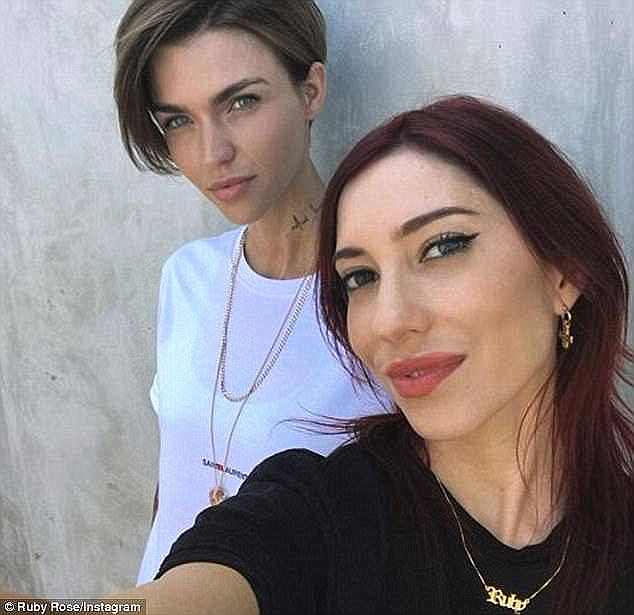 In happier times: Earlier this month, Ruby announced via Instagram that she had split with Australian singer Jessica Origliasso, 33, ‘a few months ago’