Little Rudolph ‘Blaze’ Ingram is 1.5 seconds closer to following in the footsteps of Usain Bolt as the fastest man on earth and he’s only seven years old.

In a new clip posted on the Florida boy’s Instagram page Sunday, the youngster shows he has improved since his staggering feat of completing a 100-meter race in 14.59 seconds last August.

The recent video demonstrates how he can run the same distance in 13.48 seconds and also dash 60 meters in only 8.69 seconds. 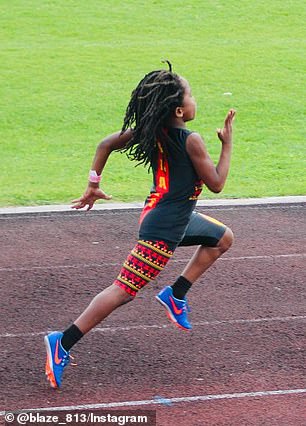 Rudolph ‘Blaze’ Ingram sprinted 100 meters in 13.48 seconds this past weekend 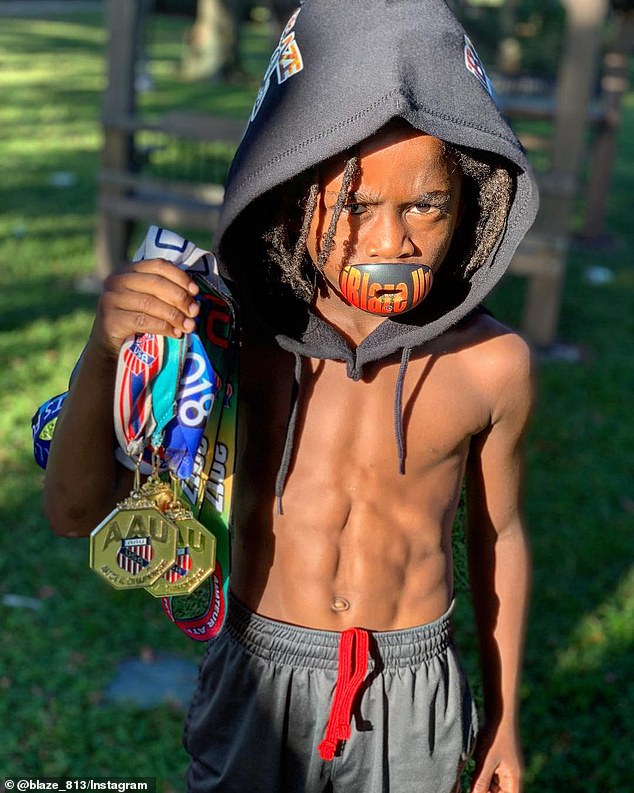 It’s not known at what speeds exactly Ingram darted across the track as he wore blue and orange Nike sneakers and a kit featuring the flame of a fire, in a nod to his nickname, but the child clearly outdid his peers.

He was pictured with a serious look on his face as he got set in position for one of the sprints in a photograph captioned: ‘My Father Told Me (@ftf_kool ) That You Win Mentally Before You Win Physically I’m #1 Before The Race Start.’

Blaze Ingram:  On track to be a record-breaker

His dad – who also manages his account – posted on Instagram about the incredible improvement: ‘Proud To Say My Son Maybe The Fastest 7 Year Old In The World. To The Top Love All Those Hours Of Training Payed Off.’

The little boy has even defeated long-limbed adults who have dared to challenge him and has shared the moments he left them in the dust on his Instagram page of approximately 301,000 followers.

Despite being a social media influencer and fitness model, Ingram has shown he’s talented academically too.

‘Work hard in class and on the field,’ an Instagram image of his February report card is captioned.

It shows full-mark A grades for Science, Introduction to Computers, Music and Physical Education, plus B grades for Language Arts, Social Studies and Art at Cahoon Elementary School in Tampa.

Three-time Amateur Athletic Union winner Ingram, shot to popularity last August when he showed off his speed on the football field.

With his father an American football coach who introduced him to NFL stars Matt Jones, Tarik Cohen and De’Anthony Thomas, it no wonder Blaze was able to dart between members of the opposing team as a six-year-old at the time who was only 3-foot-11 and weighed 48 pounds. 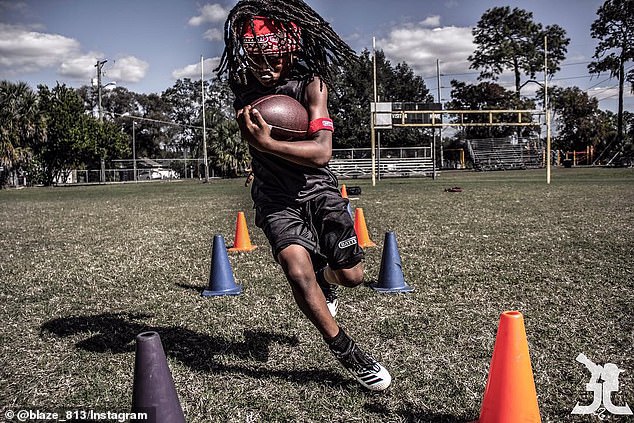 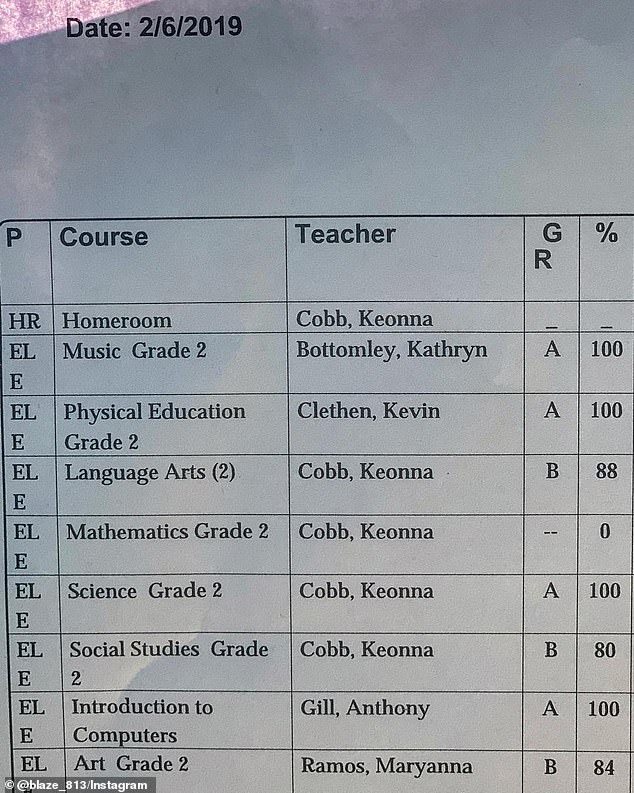 Work hard: Blaze received As and B grades on his recent report card, it was posted online 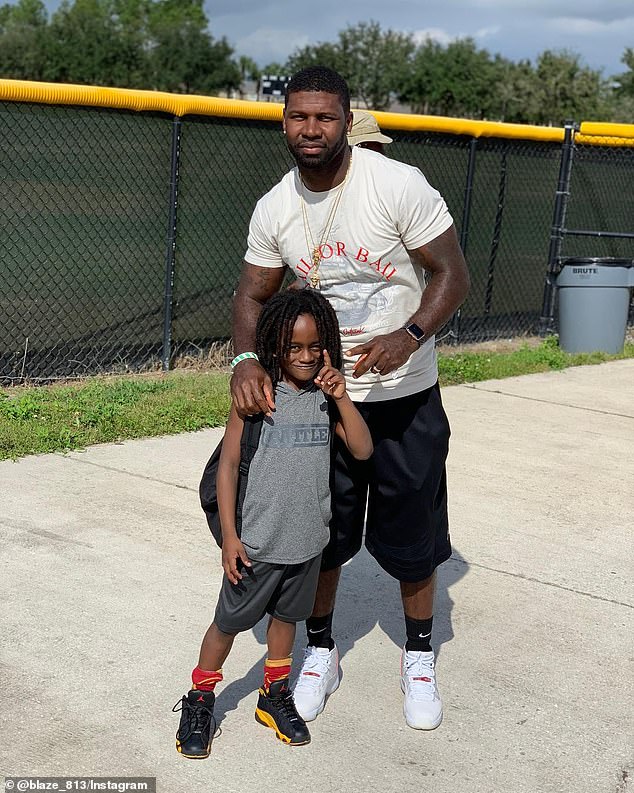 But his father Rudolph Ingram Senior aka Coach Kool has drilled it in that only his hard work has got him where he is today as an all-round great running back and safety in the Tampa Bay Ravens Youth team class of 2028.

‘I work hard at practice to set the bar high for my teammates. I want to show them we need to give it all we’ve got. If they don’t know how to do something, I show them how to do it,’ Blaze told Youth 1 in 2017. ‘I always tell them ‘You practice how you play.’

But his coach Jimmy Watson told the publication the budding Florida Gators player can constructively criticize his peers too.

‘My players see Blaze doing something they’ll be right behind him. His eyes are always on the prize,’ he said. ‘If one of his fellow teammates slacks, he walks up to them individually and calls them out on it.’ 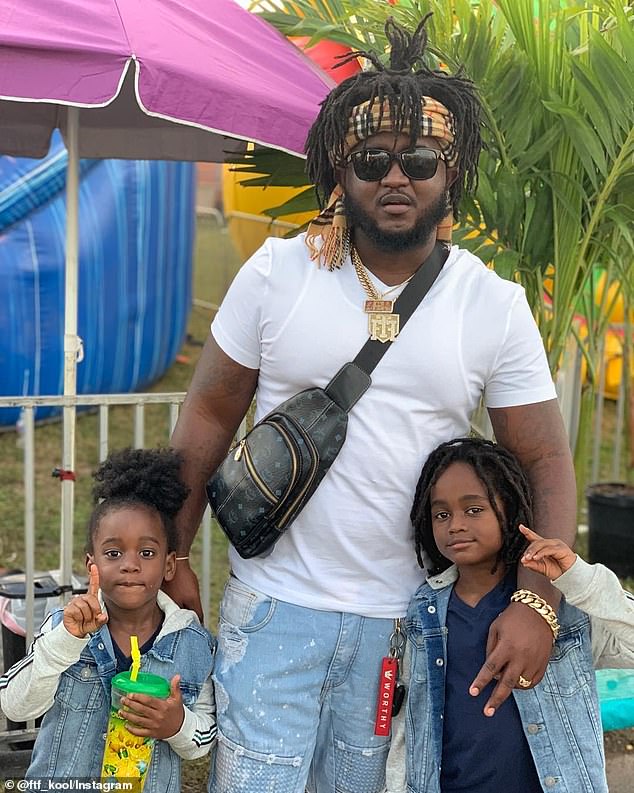 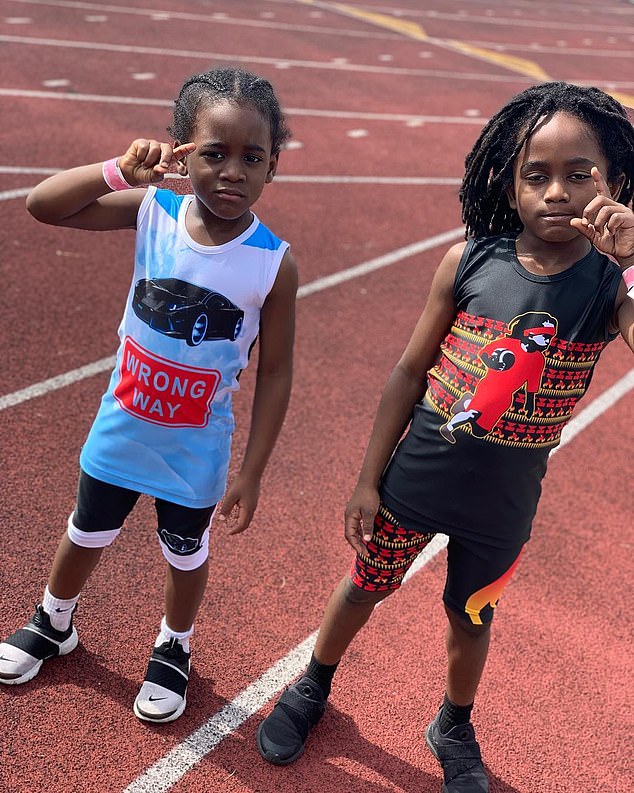 Using his track talent to help his football and vice versa, it was something that caught the eye of basketball player LeBron James last summer. Since then the six-pack boasting child has had hundreds of thousands of people around the world watching his moves.

He even has a fan in former NFL star Devin Hester, who he was pictured with recently.

Blaze – who has had incredibly toned abs since he was five – even has a younger brother on the come up. But at only four years old, his sibling isn’t as skilled just yet.

Dubbed Mr Wrong Way, the tiny football player shot into the spotlight last October for mistakenly running with the ball in the opposite direction but he managed to turn it around and score touchdowns in the game.

His social media catchphrase on an account, also managed by his father, seems to be: ‘It’s not how you start it’s how you finish.’

At his first ever track meet race this past weekend the little boy was slightly distracted by all the attention and came in fifth out of pint-sized six sprinters.

Not one to take himself too seriously, commenters on his social media account – which has more than 8,000 followers – noted how he would look directly into the stands where the camera was placed while legging it across the track.

Ingram Sr joked in his own posted about the video: ‘This My Baby Man He So Funny Don’t Worry Ima Get Him Right.’