Former New York Mayor Rudy Giuliani is admitting to having made a ‘mistake or two’ in his aggressive representation of the president known for freewheeling TV appearances.

‘You probably can’t do this without making a mistake or two,’ he told the New York Times.

He then noted that the notoriously tight-lipped special counsel, Robert Mueller, has seen his disapproval ratings spike under his own and Trump’s attacks.

‘You probably can’t do this without making a mistake or two,’ said Trump lawyer Rudy Giuliani, the former mayor of New York

‘Mueller is now slightly more distrusted than trusted, and Trump is a little ahead of the game,’ Giuliani said – indicating that his strategy isn’t just about putting legal points on the board.

Giuliani also pointed to ‘mistakes’ during a TV appearance following the admission that Trump did in fact dictate the statement following the initial revelations about a Trump Tower meeting with Russians.

‘You think maybe somebody could have made a mistake?’ Giuliani said. ‘It was a mistake. I swear to God, it was a mistake,’ the former New York mayor added.

Team Trump had initially said Trump had no role in the misleading statement, but his lawyers later wrote in a letter he dictated a ‘short but accurate’ about the meeting, a focus for special counsel Robert Mueller. 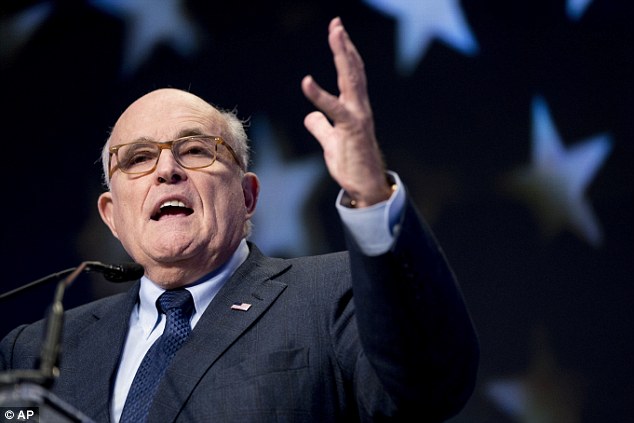 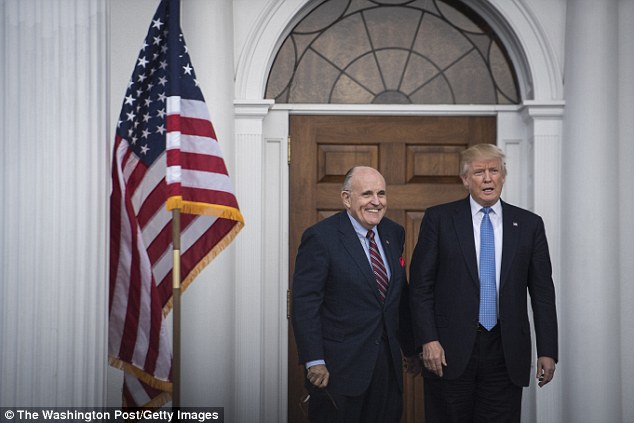 Some reports on Cohen’s state of mind say Giuliani’s appearances helped persuade him to plead guilty to eight counts, shifting from a loyal defender who once said he would ‘take a bullet’ for Trump.

The Times story states that Giuliani spent a month at Mar-a-Lago after his own 2008 presidential primary loss.

After he joined Trump’s team in May, Giuliani said the president fired James Comey because he wouldn’t say Trump wasn’t a target of an investigation – an admission that could potentially play into an obstruction of justice case.