‘We believe in second chances… just not if you’re Christian’: ‘Hypocritical’ Rugby Australia is slammed for handing lifeline to bad boy caught with cocaine – but sacking Israel Folau

Rugby Australia has been accused of hypocrisy after signing bad boy James O’Connor in the wake of Israel Folau’s sacking.

O’Connor, 29, was sacked from the Wallabies in 2013 after being thrown out of Perth Airport for being drunk.

He then played for Toulon in France for three years where he was arrested for possessing cocaine.

But Rugby Australia welcomed him back with open arms as he joined training with the national team in South Africa this week.

Meanwhile, Israel Folau was sacked for sharing a biblical passage online – with legal action pending as to whether he had breached his contract in doing so.

Rugby Australia has been accused of hypocrisy after signing bad boy James O’Connor in the wake of Israel Folau’s sacking. The two players are pictured in 2013 in Melbourne 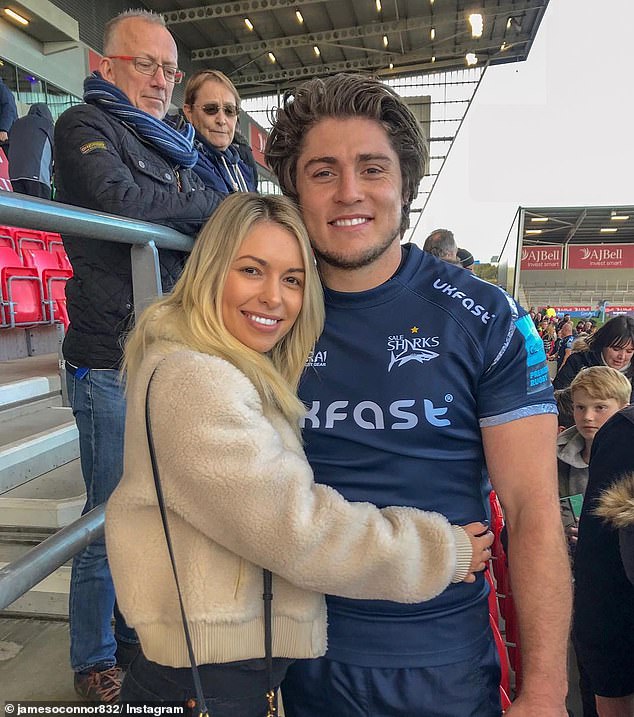 O’Connor played for the Sale Sharks in England for two years. He is pictured with his girlfriend Bridget Bauman after a game

The star player, 30, was sacked in May following an Instagram post that said homosexuals, adulterers, athiests and other sinners must repent or go to hell.

Fans have accused the sporting body of double standards and said Folau, too, deserves another chance.

One supporter wrote on Twitter: ‘James O’Connor back in Australian rugby… which is great because he’s a talented player and as Australians we believe in giving people chances… just not if you’re Christian.’

Another added: ‘Regardless of what I think of the whole Israel Folau sh**storm ARU are kidding that O’Connor is OK to come back into the team.’

O’Connor signed for the Reds on Tuesday meaning he can be selected for Australia’s clash against South Africa on Saturday. 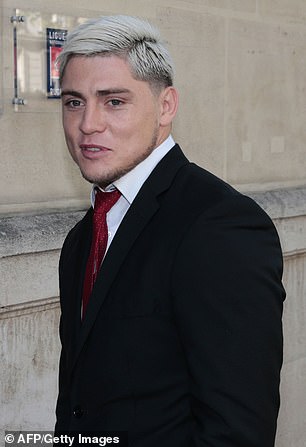 James O’Connor at a disciplinary hearing in France in 2017

According to the Sydney Morning Herald, the contract has extra behavioural and drug clauses in it to keep O’Connor in line.

His salary will even increase if he simply stays out of trouble, the paper reported.

O’Connor, an inside centre, said he was delighted to return to Australia and would even play prop just to put on the Wallabies shirt again.

The 29-year-old boasts 44 Test caps and has scored 223 international points after he made his Australian start in 2008 as the second-youngest debutant in Wallabies’ history at 18 years and 126 days.

Born in Southport on the Gold Coast, O’Connor scored 44 points in 12 matches for the Reds during the 2015 Super Rugby season.

Rugby Australia Director of Rugby Scott Johnson said: ‘Now is the time for James’ rugby to do the talking. He’s come home for the right reasons to play rugby and to help develop our rugby programs.

‘He’s matured and understands the leadership roles both on-and-off the field. He’s been honest and transparent throughout this whole process.

‘We want to back the man to be the player we know he can be.’ 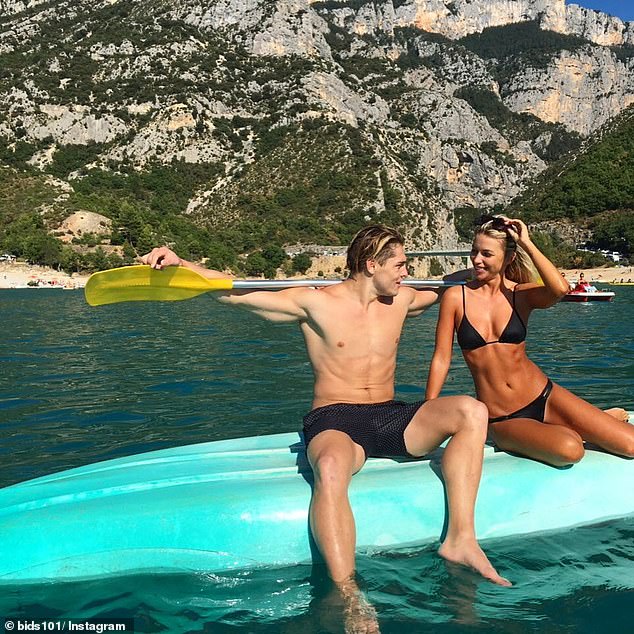 O’Connor, an inside centre, said he was delighted to return to Australia and would even play prop just to put on the Wallabies shirt again. He is pictured with his girlfriend Bridget Bauman