The Wallabies great, who played 27 Tests from 1961 including 13 as captain, was considered one of the world’s best ever scrum-halves.

Catchpole began his rugby career at Sydney’s famous Randwick club and made his debut for New South Wales at 19. He was just 21 when appointed captain of Australia.

The half-back, who is immortalised in a statue outside Sydney’s Allianz Stadium, was inducted into the World Rugby Hall of Fame in 2013. 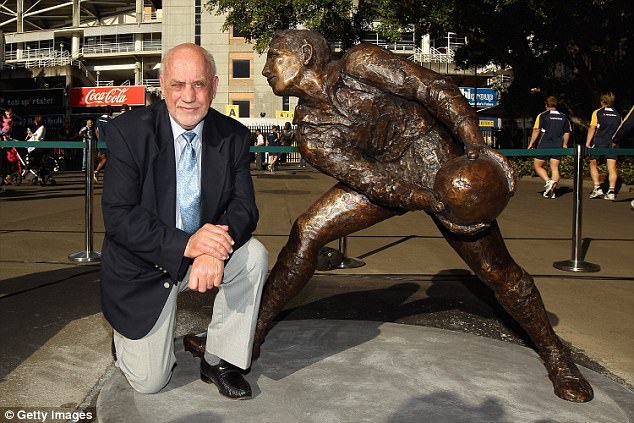 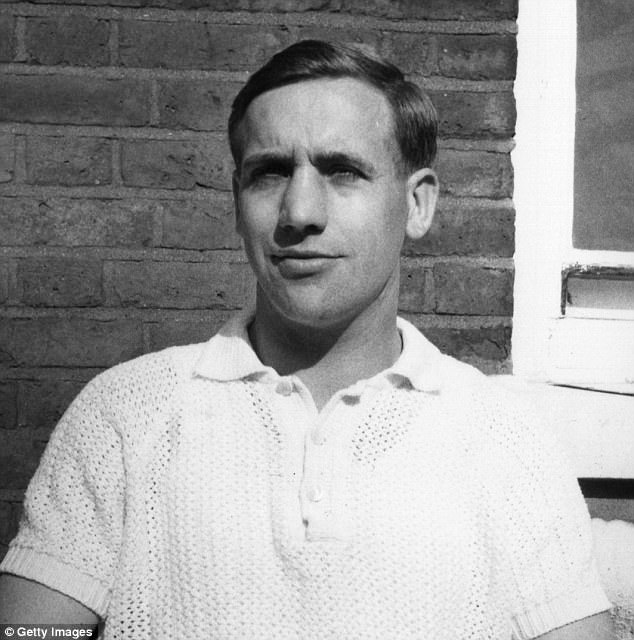 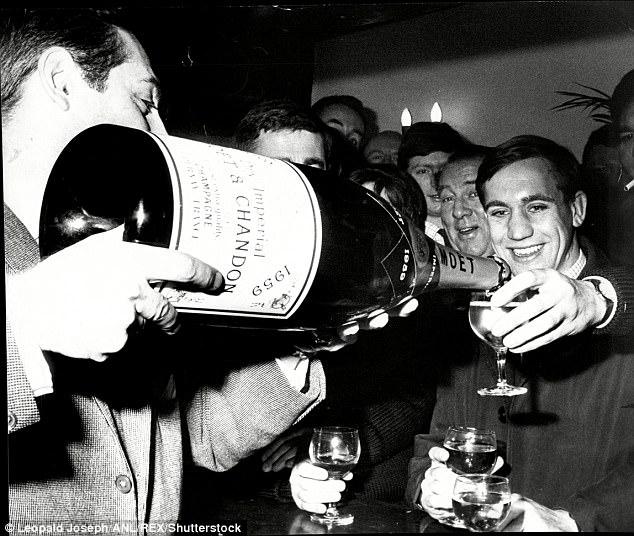 The NSW Shute Shield grade competition’s most valuable player award is named in his honour.  Catchpole is also immortalised with a statue outside Allianz Stadium.

He died after a long illness, the Australian Rugby Union said on Friday.

Catchpole excelled at rugby, swimming, tennis and boxing while at school before gaining entry to Sydney University to study science.

He debuted for Randwick aged 18, playing in the under 21s. The next season he secured a first grade position and was playing for NSW after just a few games.

Playing at scrum-half, he partnered fly-half Phil Hawthorne in one of Australian rugby’s greatest duos. 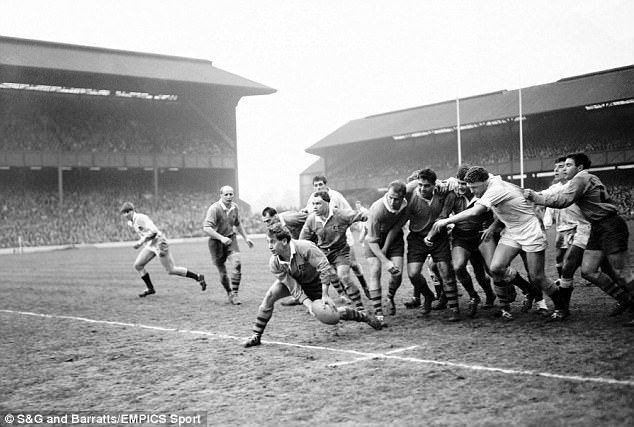 Wallabies great Ken Catchpole, pictured with ball, was one of the game’s finest scrum-halves 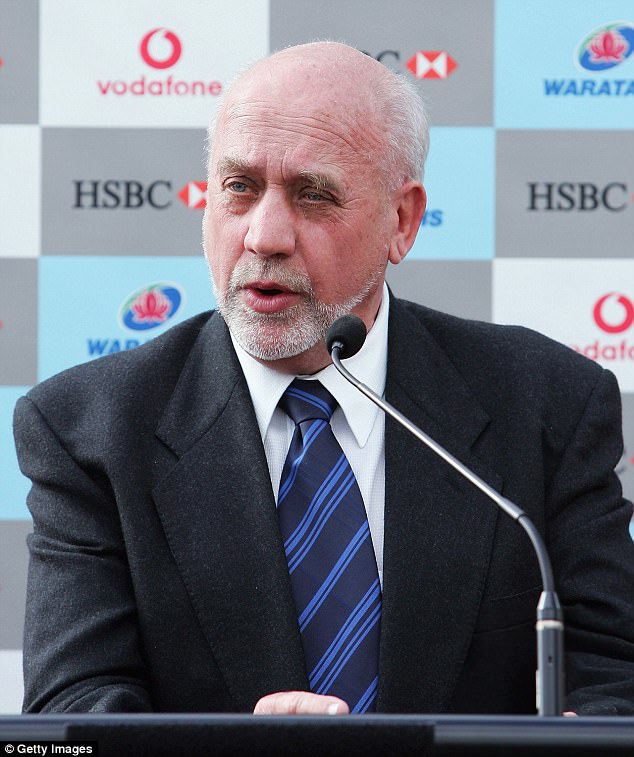 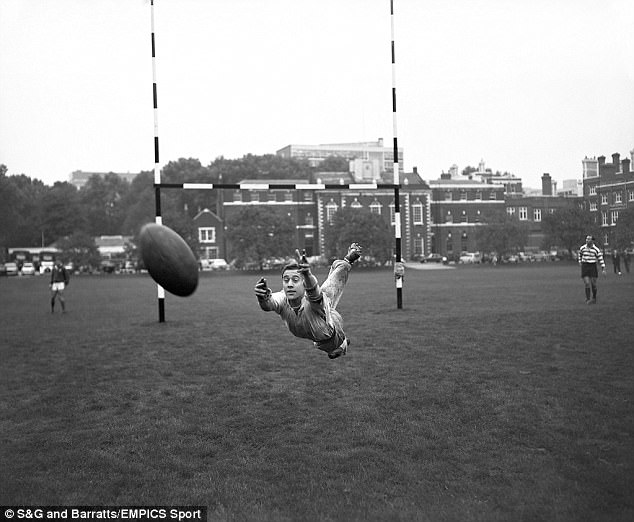 Australian scrum-half Ken Catchpole, who has died aged 78, pictured at training in London

Catchpole’s rugby career was ended when he was just 28 after All Blacks legend Colin Meads wrenched his leg while he was pinned under other players in a ruck, tearing his hamstring off the bone.

He was one of five inaugural inductees into the Australian Rugby Hall of Fame in 2005. A plaque on the Walk of Honour at the Sydney Cricket Ground commemorates his remarkable career.

Former Wallabies coach Bob Dwyer considered Catchpole one of the five most accomplished Australian rugby players he had seen and described him as the best in terms of ‘all-round ability’.

Inside Rugby magazine named Catchpole one of its four Australian Invincibles – its equivalent to rugby league’s Immortals – alongside Mark Ella, Col Windon and David Campese. 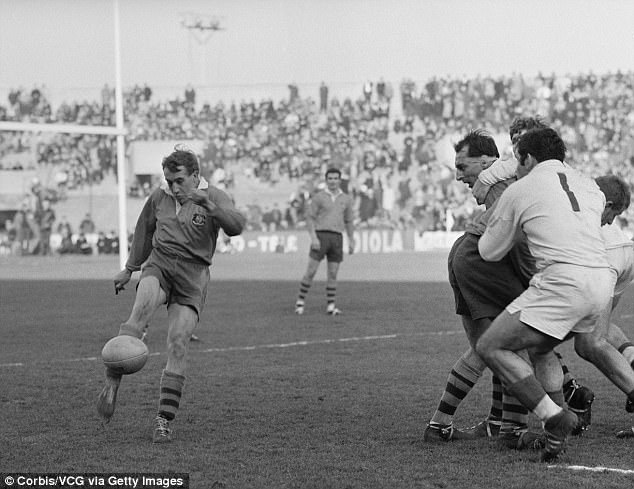 One of rugby’s greatest ever scrum-halves, Wallaby Ken Catchpole had a strong kicking game