Rule No 1 of being a good parent? Stay off this show

Channel 4’s latest reality competition is Britain’s Best Parent?, although you do have to wonder whether the first rule of being Britain’s best parent is: don’t appear on a show like Britain’s Best Parent? Steer clear. Avoid. And also, isn’t the test now whether you’d race 260 miles to Durham during a national lockdown because you fear a childcare crisis? 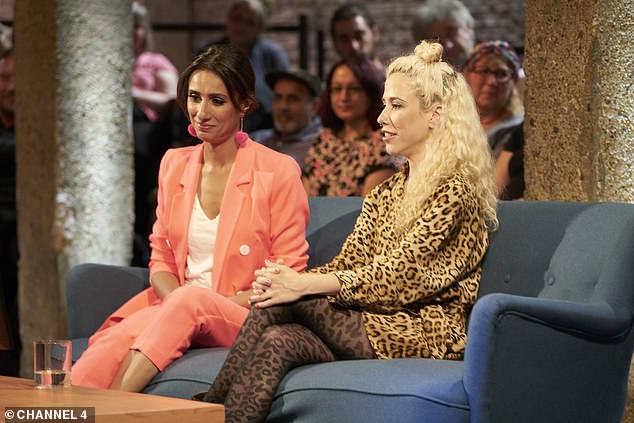 Anita Rani with Best Parent contestant Joana. Each week, three sets of parents explain their parenting style and then look after each other’s children for a day

This is presented by Anita Rani who, at the outset, bizarrely, stresses that it isn’t about ‘judgment’. Each week, three sets of parents explain their parenting style and then look after each other’s children for a day, because Britain’s best parents are, of course, completely fine with farming their kids out to total strangers in front of a camera crew, later to be watched by millions. But this isn’t about judgment, remember. Except it is. The parents are also in the studio alongside an audience who, at the end, vote for who will go through to the final. Which is quite judge-y, I think we can confidently say.

This week, the parents up for not being judged, even when it’s what the show is about – we’ve now agreed on this, haven’t we? – included Kevin and Kerry, parents to Zachary, who favour a hands-off approach. ‘We let our kids do what they want,’ they said, ‘and make their own choices.’ (Did Zachary make the choice to be on TV? At eight years old?)

Meanwhile, Robin and Rin believe in ‘structured parenting’, so it’s playing chess and conquering martial arts – they want Jasmine, six, to be a ‘scholar warrior’ – and no elbows on the table and limited screen time. Third, there’s Joana, who is bringing up her son, Willow, six, in a gender-fluid environment. ‘I am trying to raise a child who can experiment with gender identity,’ she said.

The children’s experiences at the other houses were fairly predictable. Willow fell on the toy guns at Zachary’s, for instance, while Jasmine enjoyed the risk of taking her scooter on the actual road. Zachary, meanwhile, had his nails painted at Joana’s and learned chess at Robin and Rin’s and was perfectly agreeable about it all. (But, I kept thinking, does an eight-year-old really want to play with six-year-olds? Isn’t the gap huge at that age?)

The winners this time out were – spoiler alert! – Robin and Rin who, like the other parents, weren’t asking what they should have been asking themselves: if I believe my parenting is the best, why am I seeking this validation? They did seem like a perfectly decent couple otherwise, just wholly unaware. And another thing: when you’re little, your parents are your world, so when the losers – because that’s what they now are – return home, what’s it like for their kids to hear: sorry, love, we’re not Britain’s best parents after all? We’re rubbish! But I’ll stop now because I’ll just get madder and madder. But if Britain’s Best Angry Old Woman is in development, I’d have to be a shoo-in. So long as I wasn’t too angry to take part.

Talking of rabbit holes, McMillion$. I went into that particular rabbit hole and didn’t emerge until six hours later. At the outset you will be thinking: I don’t care about McDonald’s and its stupid promotions. What’s it to me? But this docu-series is fantastically gripping, enjoys incredible access – there are major players who you think won’t talk but do – and has everything: FBI agents, undercover stings, mob connections, wire taps, winners who turn out to be victims themselves (poor Gloria Brown) and hanging over all the early episodes is the question: who is ‘Uncle Jerry’? Who? 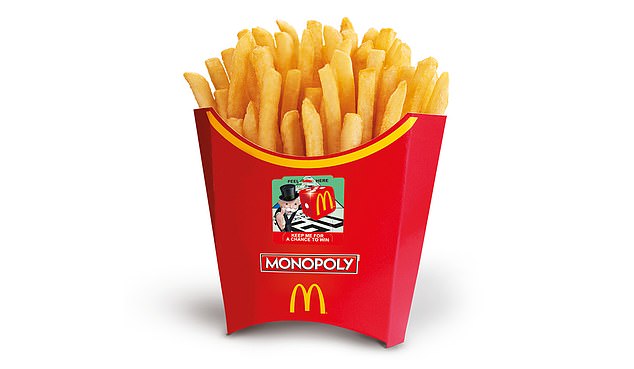 Between 1989 and 2001, McDonald’s’ promotional Monopoly game was targeted by fraud. The first to investigate was rookie FBI special agent Doug Mathews, who is hilariously hyper, relentlessly garrulous and also a Channing Tatum-style dish (he is the star, you could say). Mathews was ‘bored to death’ investigating health fraud and the like in his field office in Jacksonville, Florida, when he saw a Post-it note on the computer of a colleague that said ‘McDonald’s Monopoly fraud?’ There’d been a tip-off and Mathews thought it could be juicy. He opted to look into it and discovered that all the winners of the $1million prizes were either somehow related or knew each other. And now the game is on.

This is brilliantly told, goes deeper and deeper, gets more and more complex and, most satisfyingly, even involves the filming of fake McDonald’s promotional videos in the hope that the ‘winners’ will indict themselves on tape. (Mathews is the fake director, naturally.) You do find out who ‘Uncle Jerry’ is halfway through, but then it’s: how did he do it? How? You will see.