Police have taken to social media in a bid to find three men who stole a display skeleton from a bustling mall in Adelaide late last year.

The brazen thiefs casually nabbed the fibreglass skeleton from a store inside Rundle Mall in November.

New CCTV footage shows one of the men boarding the bus with a Woolworths bag in one hand and the skeleton casually slung on his other arm. 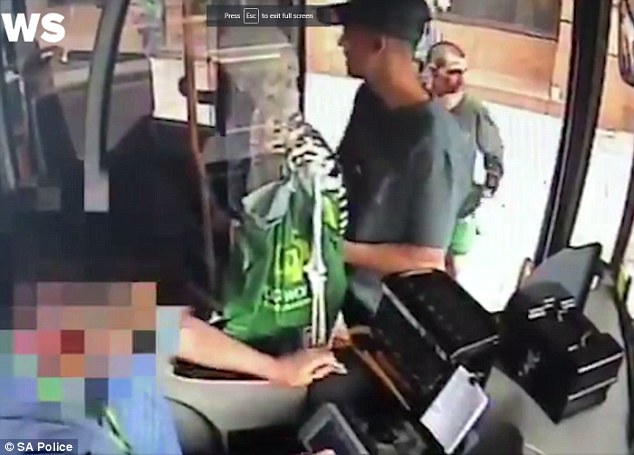 Police had hoped to gain new leads by posting the footage to Facebook, but were instead met with a range of responses from internet trolls.

‘Wonder if he paid for the skeleton’s (sic) bus ride,’ one man wrote.

‘3 suspects, 1 skeleton – all of them completely gutless,’ joked another.

‘I wonder if the skeleton gets concession for having a disability,’ added a third

The skeleton was originally on show at Rundle Mall Library for an Australian Orthopaedic Association exhibition.

‘A group of burglars, disguised as council workers … escaped with the replica fibreglass skeleton,’ an Orthopaedic association spokesman told The Advertiser last November. 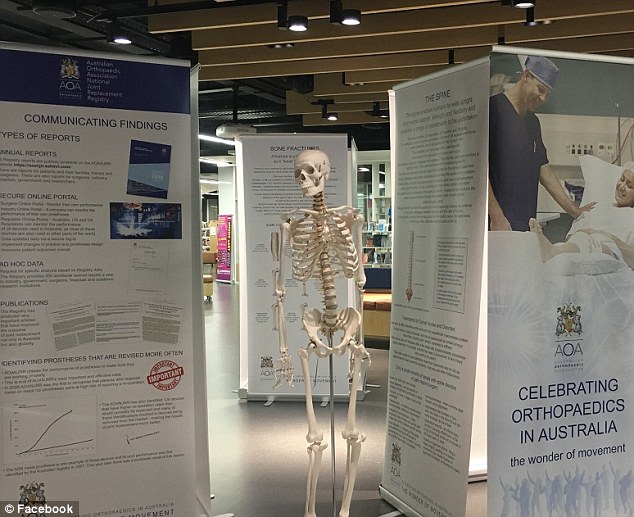