Championship runner Gabriele ‘Gabe’ Grunewald has died at the age of 32 after inspiring many during her public and lengthy fight against cancer.

Grunewald, who was first diagnosed with cancer in 2009, died on Tuesday just two days after being placed in comfort care at her home in Minneapolis, Minnesota.

Gabriele ‘Gabe’ Grunewald, who was first diagnosed with cancer in 2009, died on Tuesday just two days after being placed in comfort care at her home in Minneapolis, Minnesota

‘@gigrunewald I always felt like the Robin to your Batman and I know I will never be able to fill this gaping hole in my heart or fill the shoes you have left behind. Your family loves you dearly as do your friends.

‘To everyone else from all ends of the earth, Gabriele heard your messages and was so deeply moved. She wants you to stay brave and keep all the hope in the world. Thanks for helping keep her brave in her time of need.’

Grunewald’s death came after her husband, who is a doctor, revealed on Sunday that her health had taken a drastic turn.

‘It breaks my heart to say but overnight Gabriele’s status worsened with worsening liver function causing confusion. Wanting to do her no harm we have made the difficult decision to move her to comfort care,’ he wrote.

‘I wanted to let you all know while she is still alive so you can send her one last message here or on her wall or on her phone before she heads up to heaven.’ 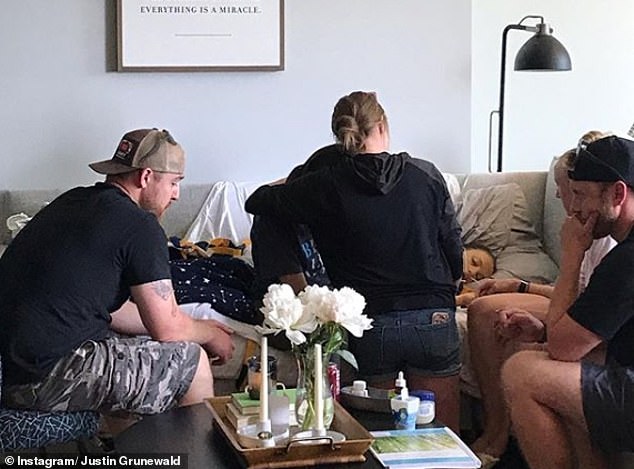 The elite runner was placed in comfort care at her home on Sunday. She is pictured above surrounded by family and friends on Monday before her death 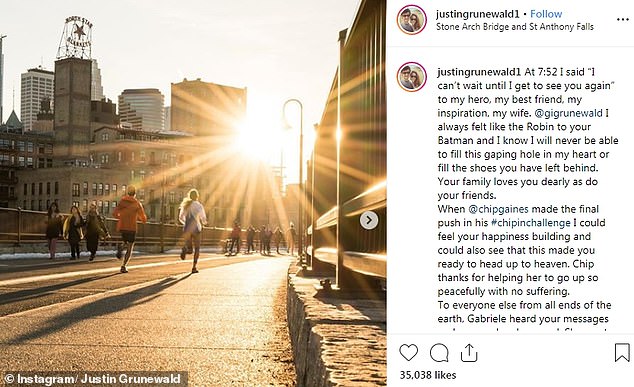 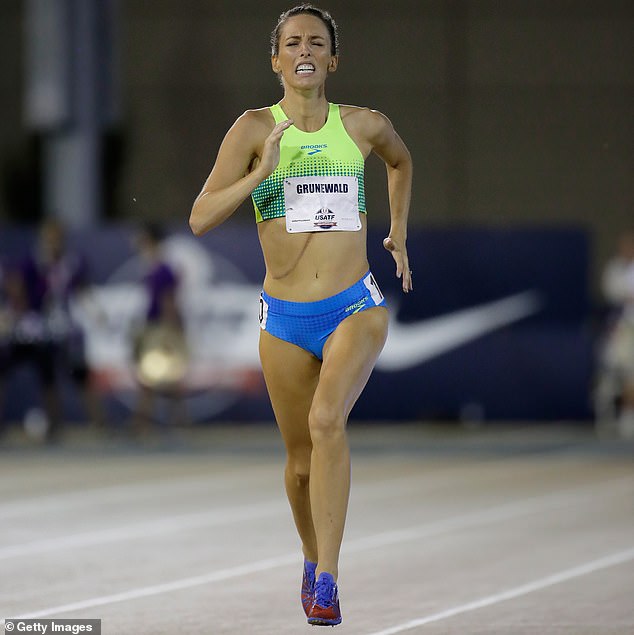 Grunewald was first diagnosed with cancer in 2009 and continued running professionally until being forced to retire in 2017 due to her fourth cancer diagnosis. She is pictured above with a scar on her stomach from when a tumor was removed from her liver in August 2016

Fixer Upper star Chip Gaines was among those to pay tribute to Grunewald following her death. Grunewald was the 44-year-old’s marathon trainer and close friend.

‘Gabe is my friend, and I miss her already,’ he told People in a statement.

The 32-year-old distance runner was diagnosed with adenoid cystic carcinoma – a rare form of cancer in the saliva glands – in 2009 while running for the University of Minnesota’s track and cross-country teams.

Following surgery and radiation therapy, she went on to finish second in the 1,500 meters at the 2010 NCAA championships.

She continued running professionally throughout 2017 despite more surgeries and treatments for cancer in her thyroid and liver.

She was first diagnosed after discovering a lump on her neck and described receiving a biopsy as the worst pain she had ever endured.

Describing the first diagnosis, Grunewald told Cosmopolitan that she knew she would get through it. 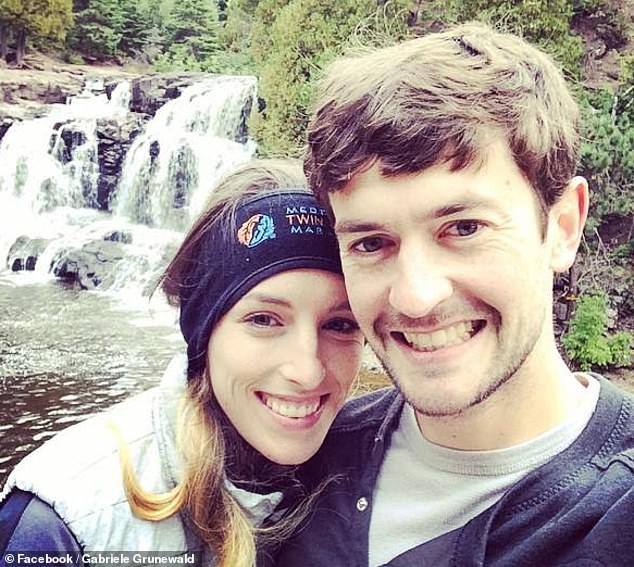 Grunewald’s death came after her husband Justin, who is a doctor, revealed on Sunday that her health had taken a drastic turn 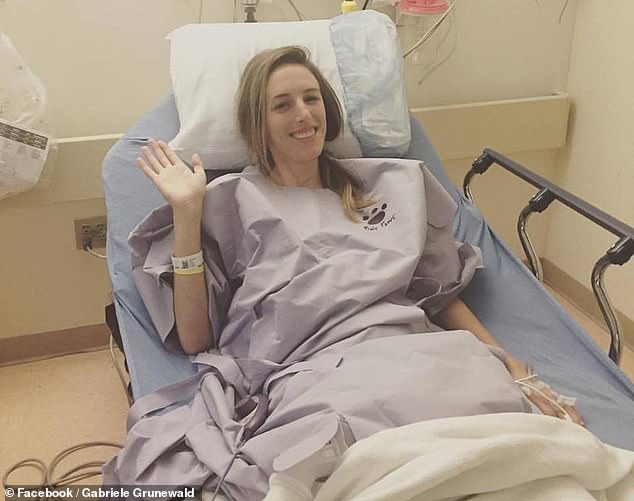 ‘In that moment I had a swirl of different thoughts, but as a 22-year-old, I think I mainly thought I was gonna get through it,’ she said.

‘I never expected to run so much faster after a cancer diagnosis. But I was really motivated to get the most out of myself.’

Two years later in 2011, Grunewald was diagnosed with thyroid cancer.

Months later she fell short of the 2012 Olympic team, finishing fourth in the 1,500 at the trials.

She was diagnosed for a third time in August 2016 when a large tumor was found on her liver. The subsequent surgery to remove it left her with a huge purple scar across her stomach, which she often showed off on the running track.

Grunewald continued running through the next year before being forced to retire in 2017 following her fourth diagnosis.

She was admitted to intensive care last weekend before her health deteriorated and her family decided to move her home for her final days.

Grunewald has received an outpouring of support on social media under the hashtag #bravelikegabe. 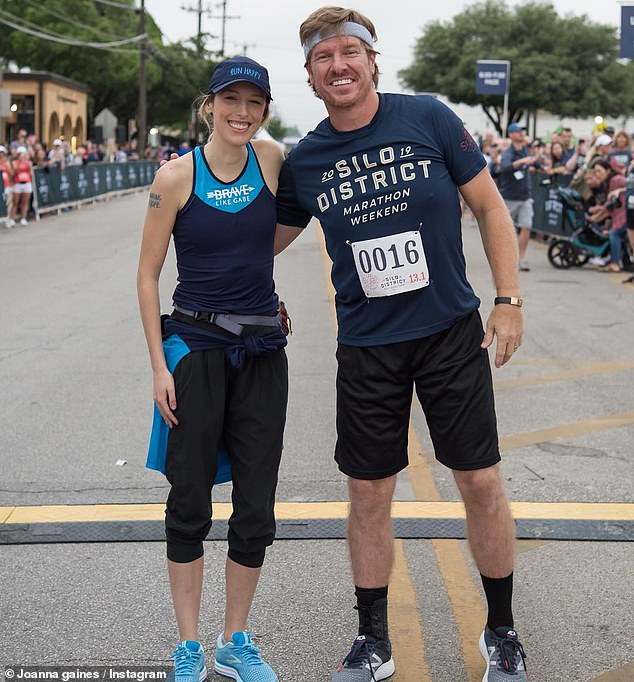 Fixer Upper star Chip Gaines was among those to pay tribute to Grunewald following her death. Grunewald was the 44-year-old’s marathon trainer and close friend